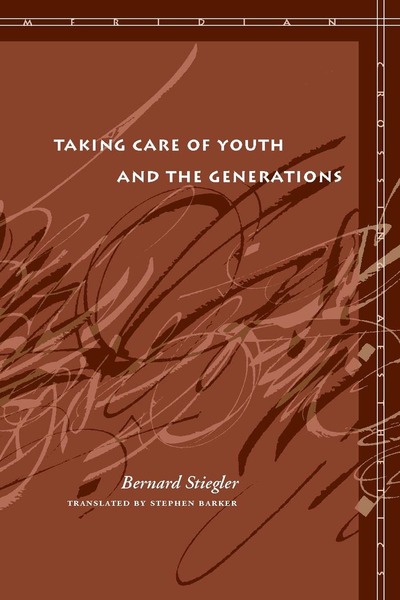 Bernard Stiegler works systematically through the current crisis in education and family relations resulting from the mesmerizing power of marketing technologies. He contends that the greatest threat to social and cultural development is the destruction of young people's ability to pay critical attention to the world around them. This phenomenon, prevalent throughout the first world, is the calculated result of technical industries and their need to capture the attention of the young, making them into a target audience and reversing the relationship between adults and children.

Taking Care exposes the carelessness of these industries and urges the reader to re-enter the "battle for intelligence" against the drive-oriented culture of short-term ("short-circuited") attention characteristic of the negative aspects of the new technologies. Long-term attention, Stiegler shows, produces retentions of cultural memory mandatory for social development—and for the counteracting of ADD and ADHD. Examining the history of education from Plato to the current quagmires in France and the United States, he tracks the notion of critical thinking from its Enlightenment apotheosis to its current eradication. Stiegler is unique in combining the most radical of theoretical constructs—such as "grammatization"—with quite traditional values, values he proposes we re-address in our not-so-brave new world.

Bernard Stiegler heads the Department of Cultural Development at the Pompidou Center in Paris and is co-founder of the political group Ars Industrialis. Stanford University Press recently published his Technics and Time, 2: Disorientation (2008), and Acting Out (2008).

"Stiegler puts forward a compelling account of our dire situation in the West at the beginning of the twenty-first century and uncompromisingly insists on the need to embrace the difficult task of reclaiming the ideals of the critical Humanities while refusing to fall in the trap of demonizing technology."

"A hugely prolific writer, for more than fifteen years philosopher Bernard Stiegler has been seeking both to articulate existence itself, and to ameliorate its contemporary woes. In what is a vast undertaking, Stiegler moves from the originary emergence of humanity to the safeguarding of its future by way of multi-volume analyses that range widely between and across technology, political economy, art, palaeontology, television, democracy and industrial and hyperindustrial societies. Focusing on education and the changing role of the school in contemporary Western societies, Taking Care of Youth and the Generations continues this project, while at the same time going some way to explain the sense of urgency which characterizes much of Stiegler's previous writing." 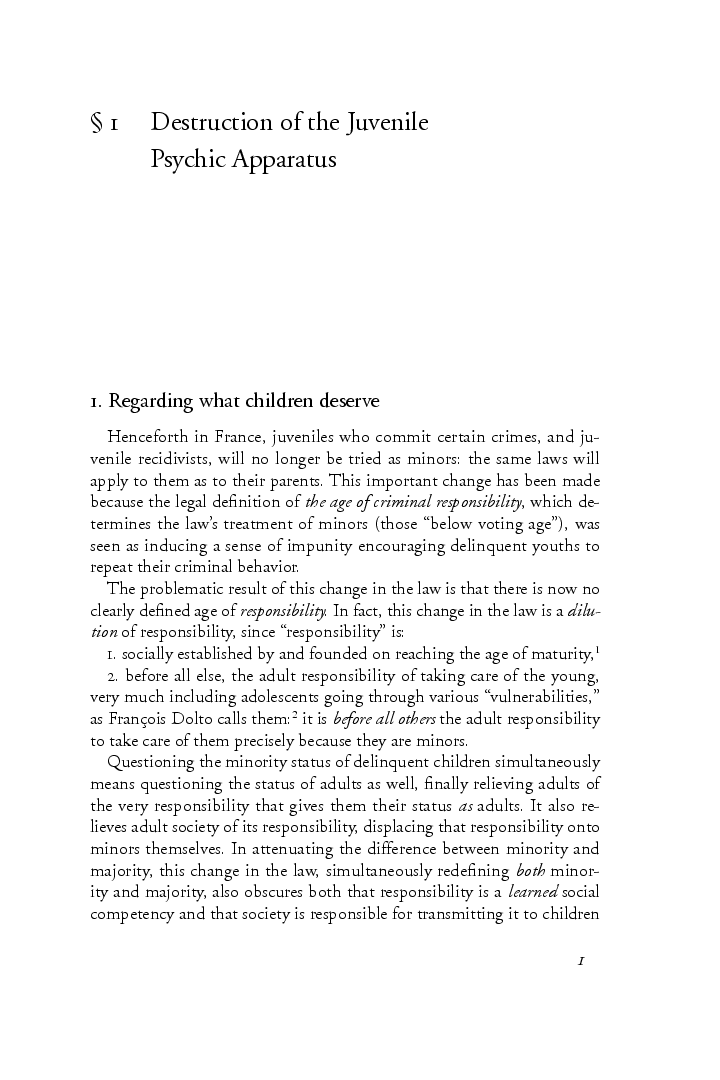 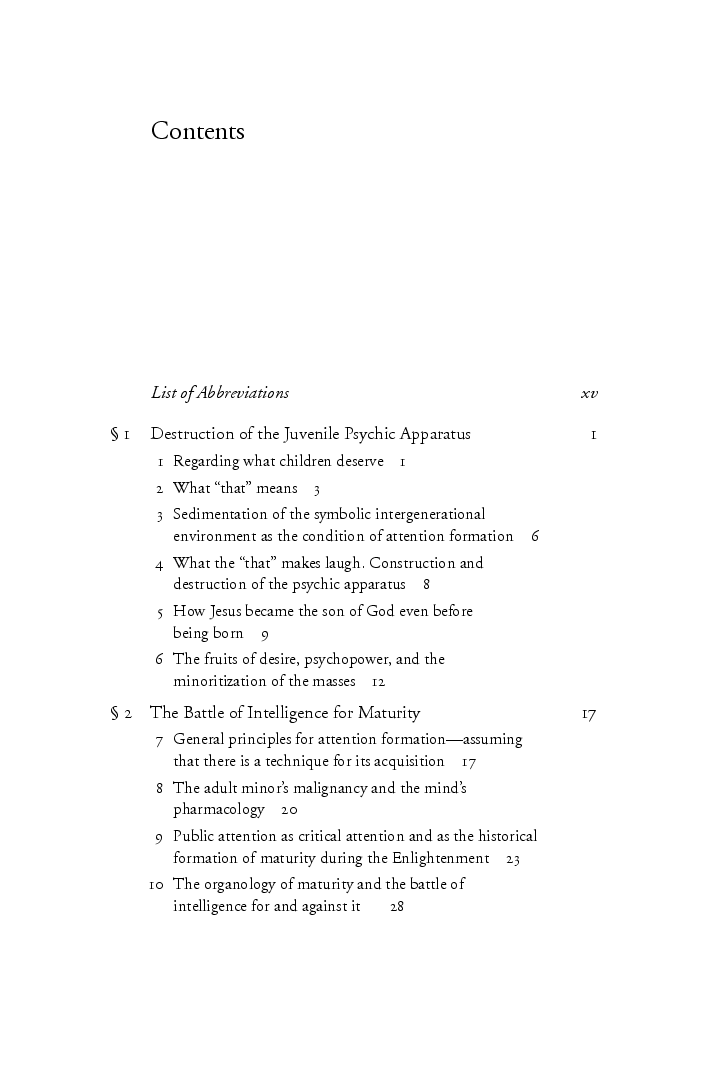