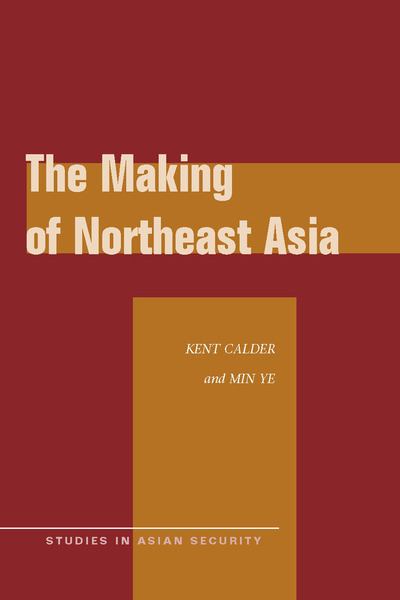 Northeast Asia, where the interests of three major nuclear powers and the world's two largest economies converge around the unstable pivot of the Korean peninsula, is a region rife with political-economic paradox. It ranks today among the most dangerous areas on earth, plagued by security problems of global importance, including nuclear and missile proliferation. Yet, despite its insecurity, the region has continued to be the most rapidly growing on earth for over five decades—and it is emerging as an identifiable economic, political, and strategic region in its own right. As the locus of both economic growth and political-military uncertainty in Asia has moved further to the Northeast, a need has developed for a book that focuses analytically on prospects for Northeast Asian cooperation within the context of both Asia and the Asia-Pacific regional relationship. This book does exactly that, while also offering a more general theory for Asian institution building.

"The authors make a provocative argument, backed up with a wealth of evidence from economic, social, technical, and political fields of activity. The book is valuable both for the argument it advances as well as for the material it has organized on regional interactions in the twelve years or so following the Asian financial crisis of the late 1990s."

"This book locates Northeast Asia at the core of East Asian regionalism through illustrating the integrative forces of economic, social and cultural cross-border interaction. Calder and Ye document intensifying interdependence and challenge the view of a Northeast Asia threatened by crisis and power competition. . . Blending new and established data, this fascinating study argues that these dynamics [tourism, exchanges, and institutionalized policy] have greater impact on East Asian integration than power competition."

"In stressing the cooperative dimension of relations among [Japan, China, and South Korea], the book not only calls for a new focus for regional analysis, but it also challenges the more traditional treatment of Northeast Asia as a hotbed of geopolitical tensions and rivalries . . . Those interested in regional relations will thus find much to applaud in this book."

"The Making of Northeast Asia, makes an important contribution to the literature on East Asian security, and its arguments will challenge and provoke available institutionalist and constructivist scholarship on Asian regionalism. It is going to be widely read and debated." 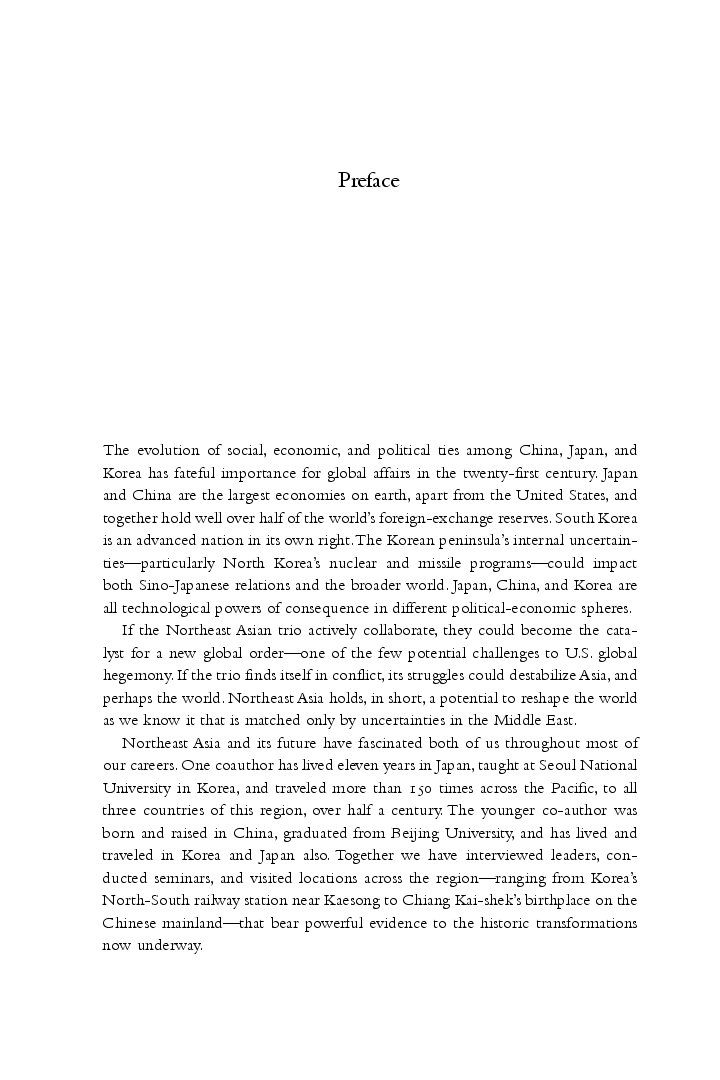 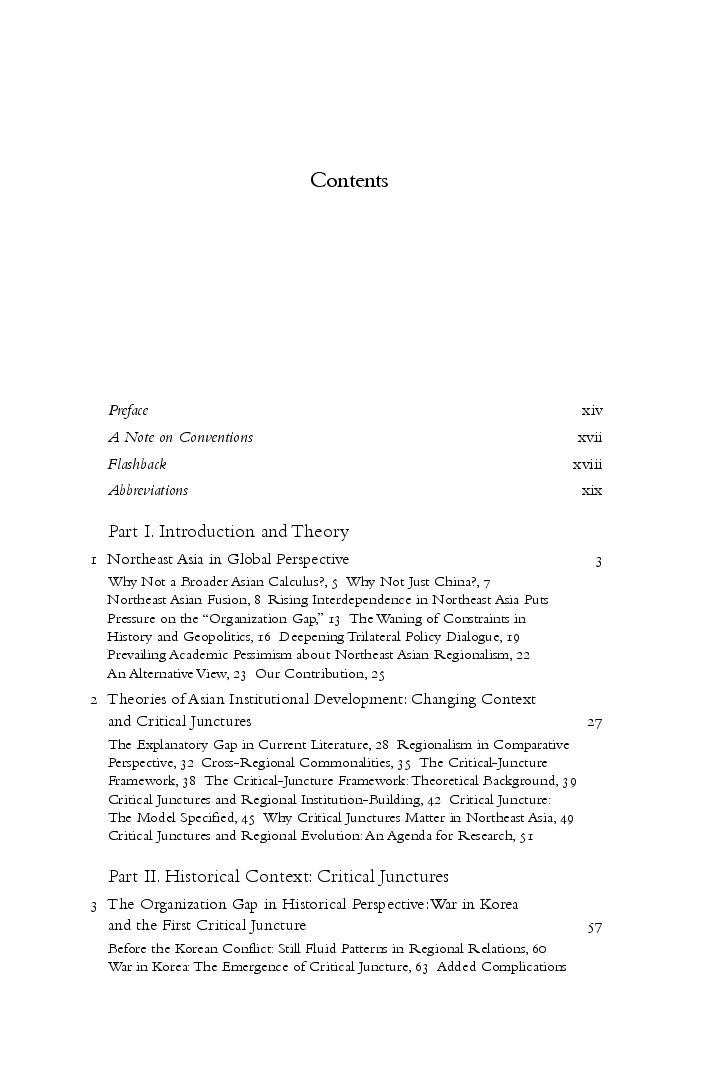 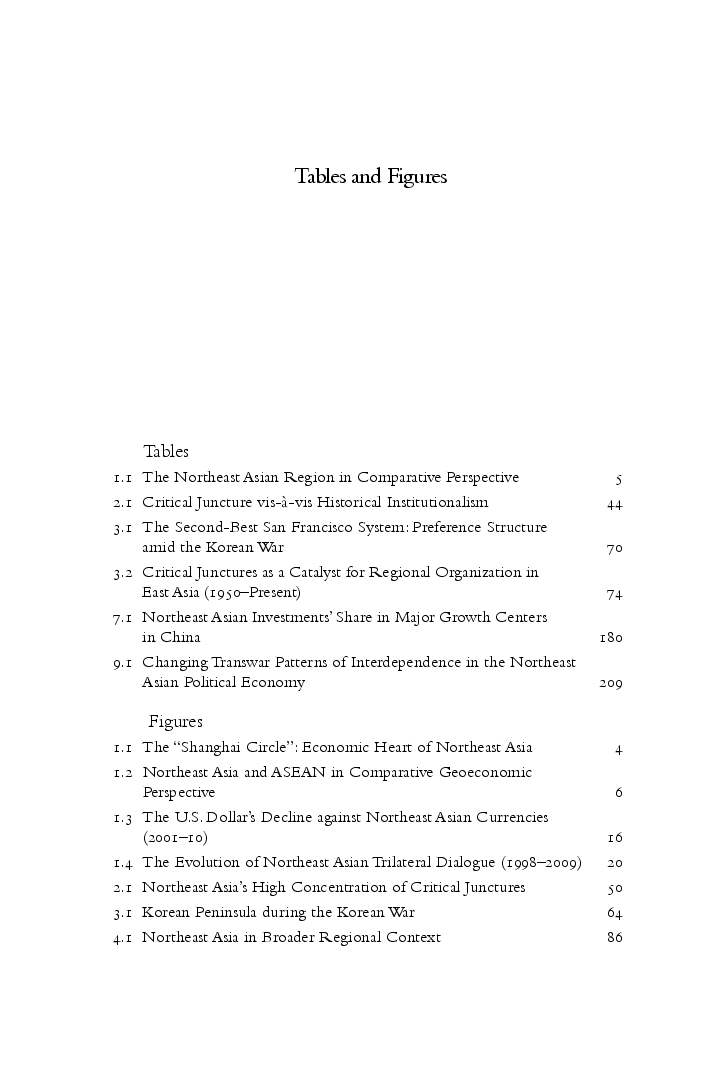