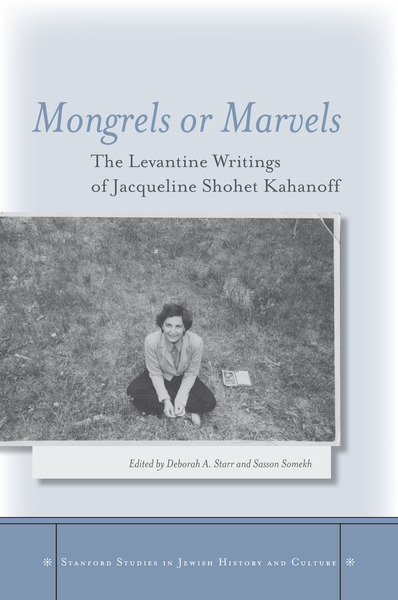 Mongrels or Marvels
The Levantine Writings of Jacqueline Shohet Kahanoff
Edited by Deborah A. Starr and Sasson Somekh
SERIES: Stanford Studies in Jewish History and Culture

The writings of Jacqueline Shohet Kahanoff (1917–1979) offer a refreshing reassessment of Arab-Jewish relations in the Middle East. A member of the bourgeois Jewish community in Cairo, Kahanoff grew up in a time of coexistence. She spent the years of World War II in New York City, where she launched her writing career with publications in prominent American journals. Kahanoff later settled in Israel, where she became a noted cultural and literary critic.

Mongrels or Marvels offers Kahanoff's most influential and engaging writings, selected from essays and works of fiction that anticipate contemporary concerns about cultural integration in immigrant societies. Confronted with the breakdown of cosmopolitan Egyptian society, and the stereotypes she encountered as a Jew from the Arab world, she developed a social model, Levantinism, that embraces the idea of a pluralist, multicultural society and counters the prevailing attitudes and identity politics in the Middle East with the possibility of mutual respect and acceptance.

Deborah A. Starr is Associate Professor of Modern Arabic and Hebrew Literature and Film in the Department of Near Eastern Studies at Cornell University and the Director of Cornell's Program of Jewish Studies.

"The publication of Mongrels or Marvels: The Levantine Writings of Jacqueline Shohet Kahanoff is much anticipated, as many of her principal critical and creative essays are now collected in one place, affording more scholars and students working on the Eastern Mediterranean the opportunity to examine her work . . . The publication of Mongrels or Marvels marks an important moment in the study of the Eastern Mediterranean, and it constitutes a significant contribution to the exploration of cultural contact zones in the Levant. It is an indispensable book that offers the reader a unique glimpse into an alternate conceptualization of the Middle East—one that is haunted by Europe on the one hand and is constructed on the borders between cultures on the other."

"This volume is a collection of essays and fiction framed by a nostalgic but not uncritical view of the glittery upper crust of Levantine culture of the upper and upper-middle class shared by Jews, Armenians, Greeks, and other minorities in Egypt during the 1940s and 1950s prior to the rise of Nasser. . . The utopian edge of the book is a highly refined, nonradical, and broadly humanist reconstitution of a pan-Levantine identity including Jews and Arabs formed as an open cosmopolitan interface. . . Immensely readable, it is ideal for undergraduate courses having anything to do with modern Jewish, Israel, or Middle Eastern studies, as well as postcolonialism, cultural studies, and gender studies."

"Reviving Kahanoff . . . [is] a way of communing with the true spirit of the Middle East, and coming to terms with its true essence: a twined, multilayered, pantheistic crucible of identities, rather than the prevalent image of a uniform universe of Arabs alone—or for that matter Jews alone—that advocates of exclusivist identities still cling to."

"Kahanoff's extraordinarily important writings have held a certain aura or mystery for many decades and have been unavailable in their original English language form. They are of particular interest; in part because she is a woman, and Jewish, but most importantly because her ideas, sometimes anachronistic, idiosyncratic, and even contradictory, were clearly ahead of her time. Her work has enduring value, shedding light on an important historical period from a unique and complex perspective."

"The authors of this book are to be warmly commended for a job well done. Neglected and almost forgotten for years, Jacqueline Kahanoff, born in Egypt to an Iraqi father and a Tunisian mother and married to a Cairene of Russian origin, was the first Jew to proudly call herself a 'Levantine.' An exemplary selection of her writings can be found here, each expertly introduced." 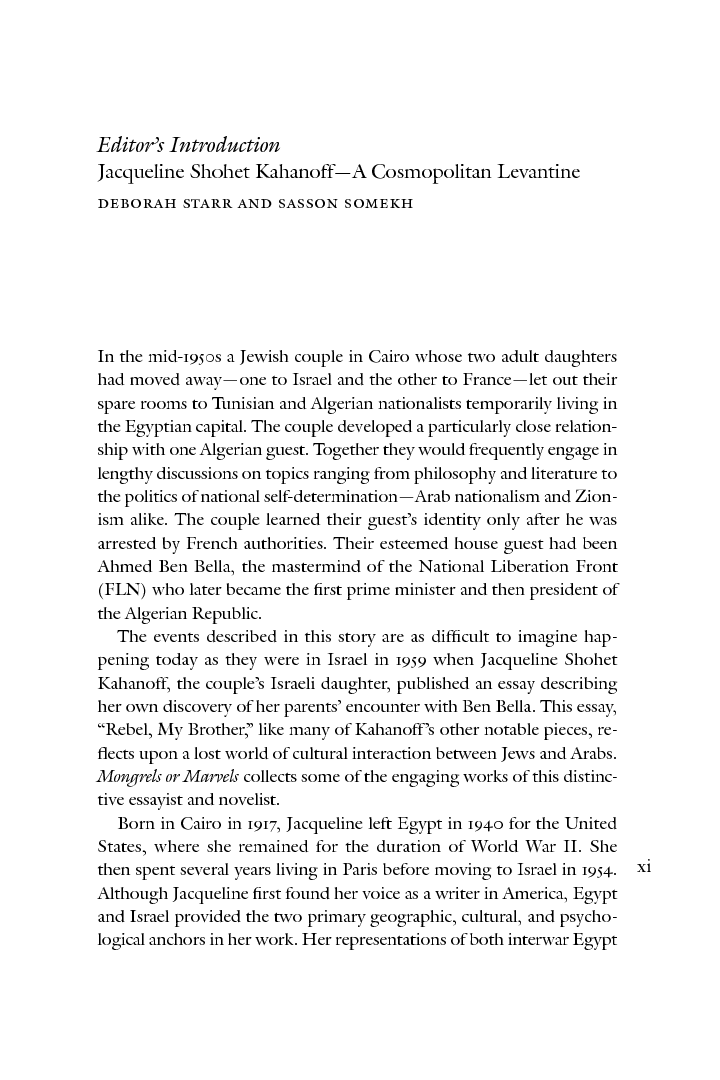 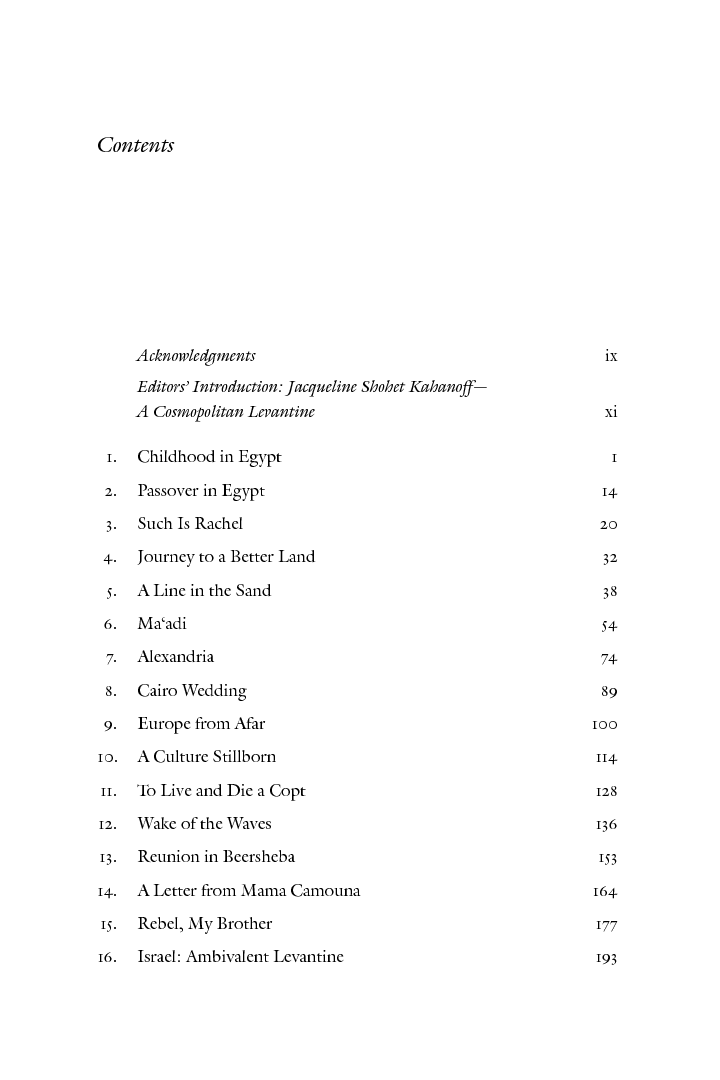