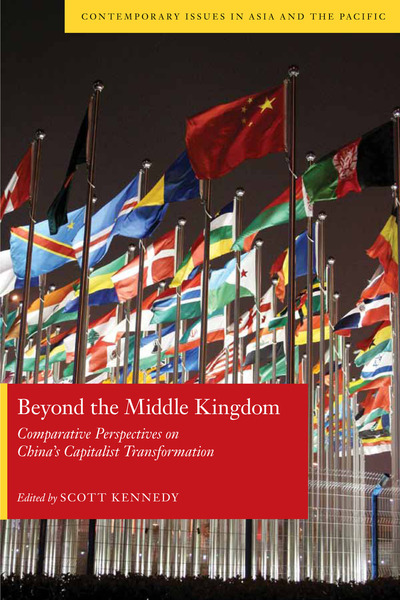 Beyond the Middle Kingdom
Comparative Perspectives on China’s Capitalist Transformation
Edited by Scott Kennedy
SERIES: Contemporary Issues in Asia and the Pacific

This book breaks new ground by systematically examining China's capitalist transformation through several comparative lenses. The great majority of research on China to date has consisted of single-country studies. This is the result of the methodological demands of studying China and a sense of the country's distinctiveness due to its grand size and long history. The moniker Middle Kingdom, a direct translation of the Chinese-language word for China, is one of the most prominent symbols of the country's supposed uniqueness.

Composed of contributions from leading specialists on China's political economy, this volume demonstrates the benefits of systematically comparing China with other countries, including France, Russia, Japan, South Korea, Indonesia, India, Brazil, and South Africa. Doing so puts the People's Republic in a light not available through other approaches, and it provides a chance to consider political theories by including an important case too often left out of studies.

Scott Kennedy is Associate Professor, Departments of East Asian Languages & Cultures and Political Science, and Director, Research Center for Chinese Politics and Business, Indiana University. He is author of The Business of Lobbying in China (Harvard University Press, 2005) and editor of China Cross Talk: The American Debate over China Policy Since Normalization, A Reader (Rowman & Littlefield, 2003). His current research projects are on the growing role of Chinese industry and government in global governance and on the evolution of corporate political activity in China.

"[T]his edited volume is a serious academic work with several distinct strengths . . . [T]he chapters by various authors are coherently and organically connected, giving this volume of nine chapters (by eight authors) the impression of a work well-executed under a shared plan. Cross-references within the chapters are well-placed, which makes it easy to read this edited volume; despite some distinct individual styles. This excellent volume is suitable for a graduate seminar on China's economy or political economy and for an upper-division under-graduate class on the similar subject."

"This well-integrated, coherent book delivers persuasively on its comparative agenda and shows that a comparative, cross-national approach to the study of China is indeed a worthy endeavor and that China's transformation cannot be understood by overly simplified references to a single development model."

"[Beyond the Middle Kingdom] will come as a breath of fresh air to those seeking the de-ghettoization of China in comparative politics . . . [The] book aims to redress the country's outsider status by situating it alongside other cases of crucial importance in the field of political economy . . . Among the more original and impressive aspects of the book is the breadth of cases chosen for comparison."

"For anyone wanting to understand China in a global context, this an excellent place to begin. Summing Up: Highly recommended."

"With the advent of this volume, the literature of contemporary Chinese political economy no longer stands alone, but rather is duly blended into the mainstream studies of comparative political economy. Contributors of this volume methodically revisit salient issues of post-Mao Chinese development and masterfully compare them with those in carefully chosen reference societies on many analytical templates. Innovative and insightful."

—Tun-jen Cheng, Class of 1935 Professor, College of William and Mary

"An impressive and most welcome effort to bring China into comparative analysis. This volume will be welcomed by both China specialists and others interested more broadly in the comparative political economy of development." 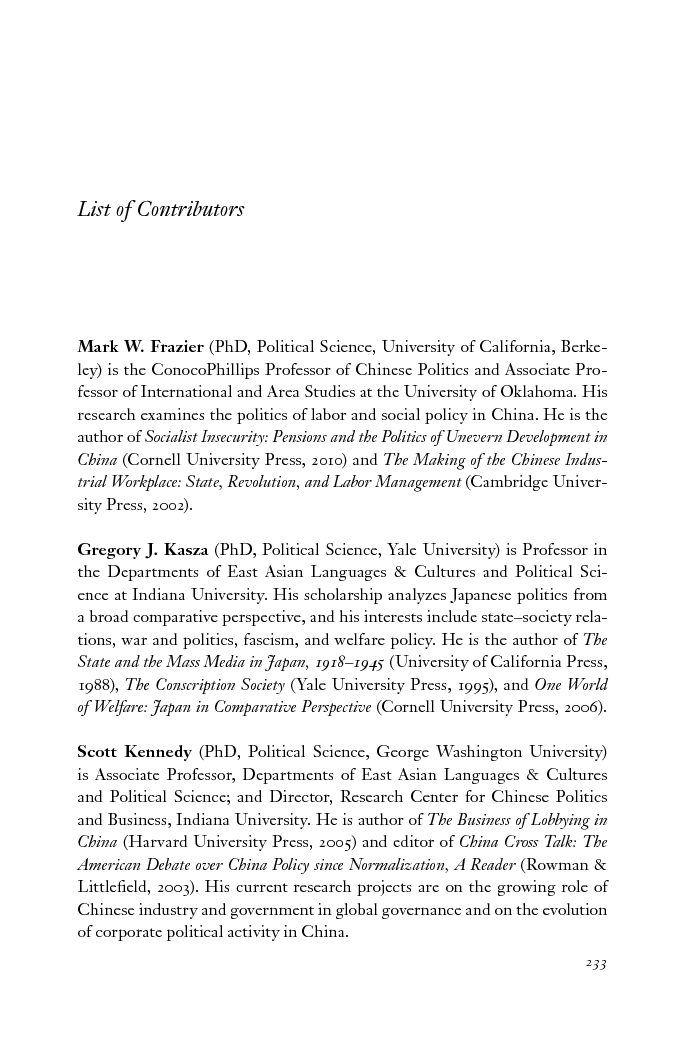 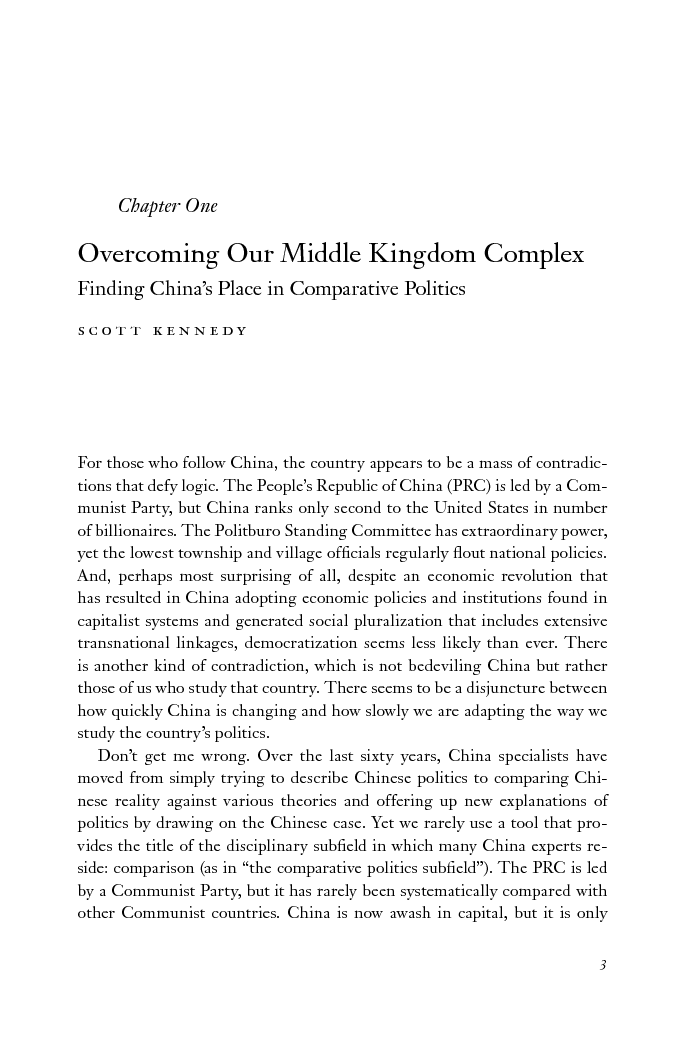 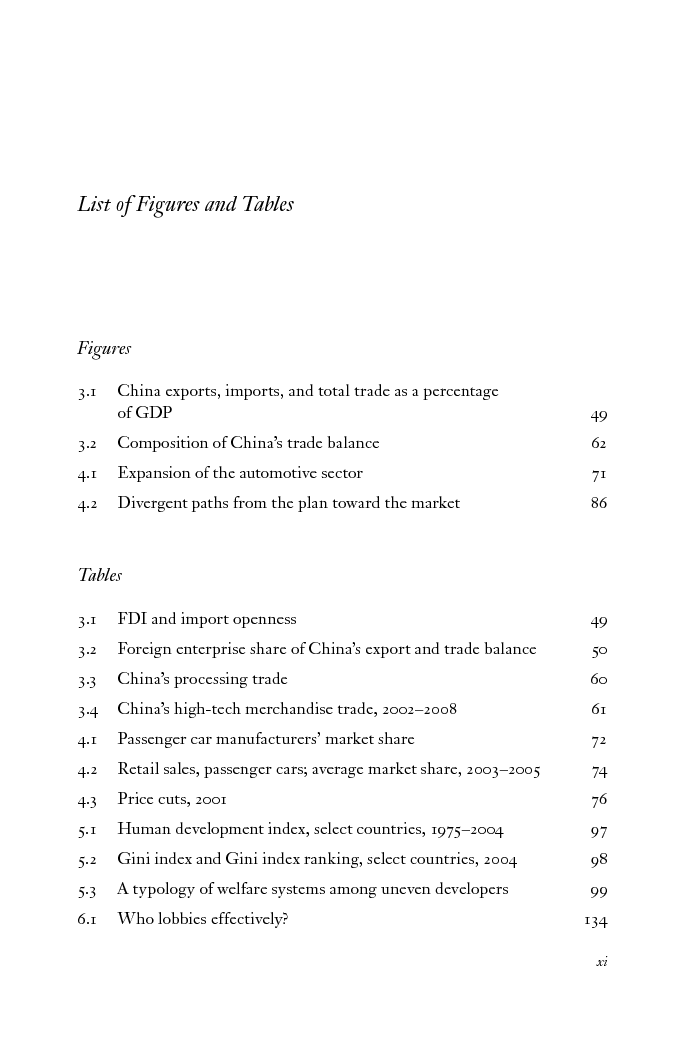 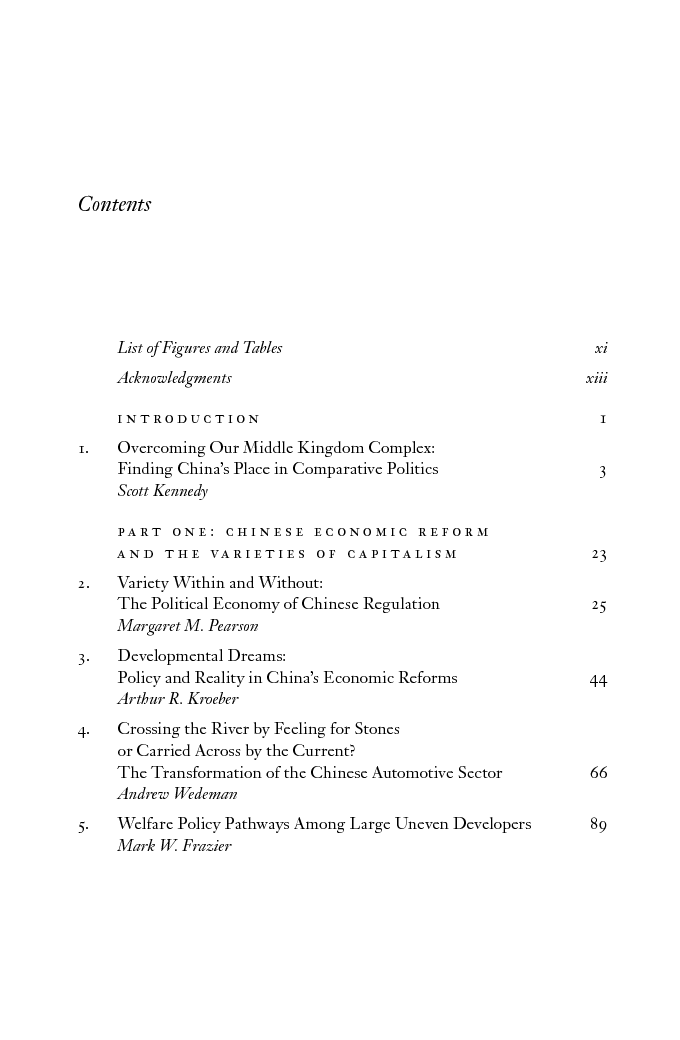