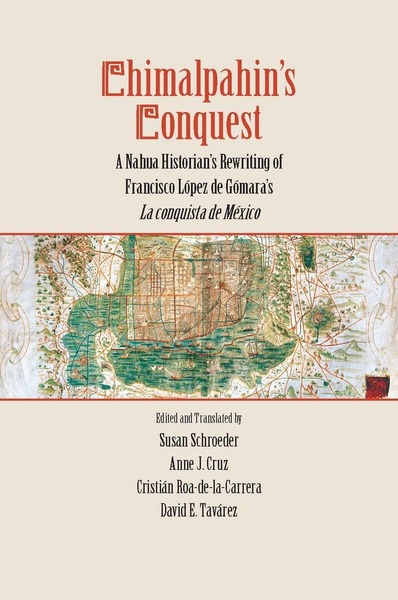 This volume presents the story of Hernando Cortés's conquest of Mexico, as recounted by a contemporary Spanish historian and edited by Mexico's premier Nahua historian.

Francisco López de Gómara's monumental Historia de las Indias y Conquista de México was published in 1552 to instant success. Despite being banned from the Americas by Prince Philip of Spain, La conquista fell into the hands of the seventeenth-century Nahua historian Chimalpahin, who took it upon himself to make a copy of the tome. As he copied, Chimalpahin rewrote large sections of La conquista, adding information about Emperor Moctezuma and other key indigenous people who participated in those first encounters.

Chialpahin's Conquest is thus not only the first complete modern English translation of López de Gómara's La conquista, an invaluable source in itself of information about the conquest and native peoples; it also adds Chimalpahin's unique perspective of Nahua culture to what has traditionally been a very Hispanic portrayal of the conquest.

Susan Schroeder is the Scholes Professor of Colonial Latin American History at Tulane.

Anne J. Cruz is Professor of Spanish at the University of Miami.

Cristián Roa-de-la-Carrera is Associate Professor of Spanish and Latin American and Latino Studies at the University of Illinois.

"This book will be of great value to scholars of the conquest of Mexico, colonial Latin America, and early modern Spanish and Mexican historiography. . . . They have done justice to the complexity and novelty of Chimalpahin's hybrid narrative while making it accessible to an English-speaking audience."

"Chimalpahin's Conquest highlights the multi-ethnic voices of the colonial era in one text, forcing one to move beyond the 'vision of the vanquished' and some of the other 'myths of the conquest' to see indigenous people as conquerors in their own right."

"Here we have a fascinating glimpse of a Nahua historian's version of a well-known conquest narrative, infusing it with detail from a more local, indigenous perspective, and informed by hindsight. Chimalpahin's Conquest is a significant contribution to the growing literature on the Conquest of Mexico." 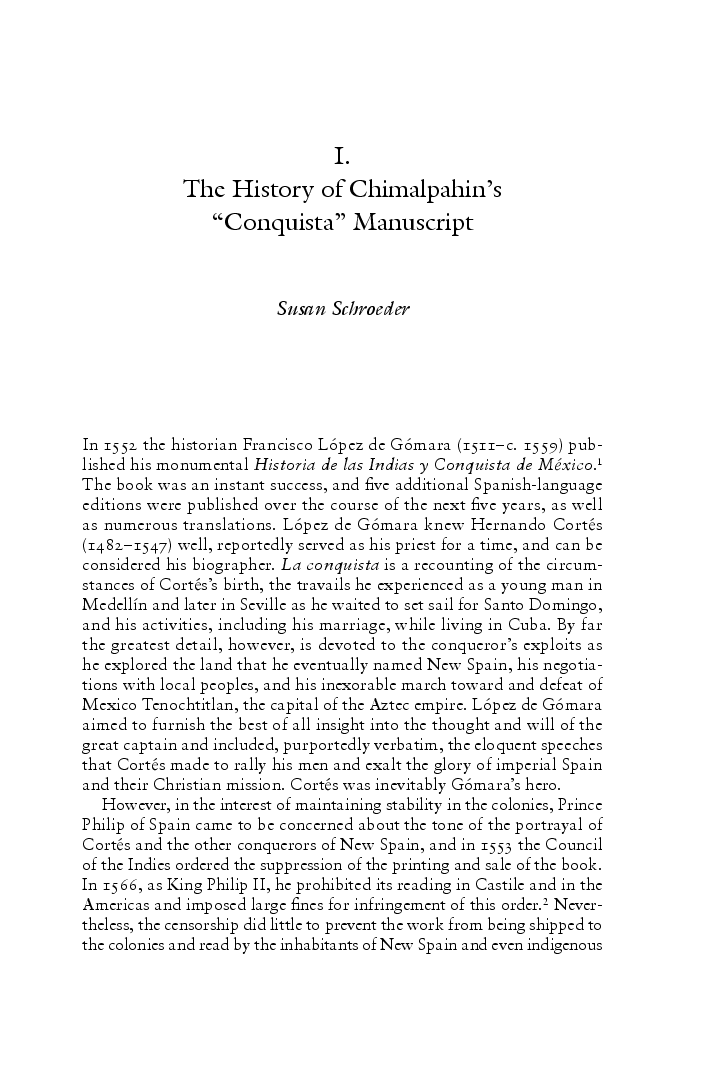 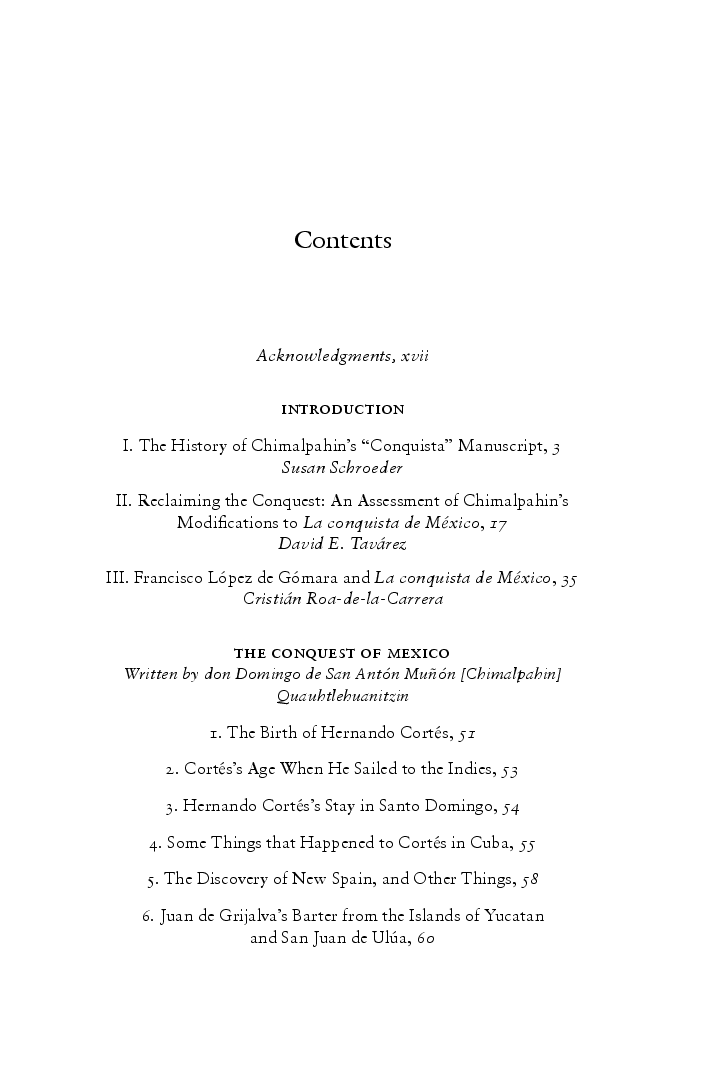