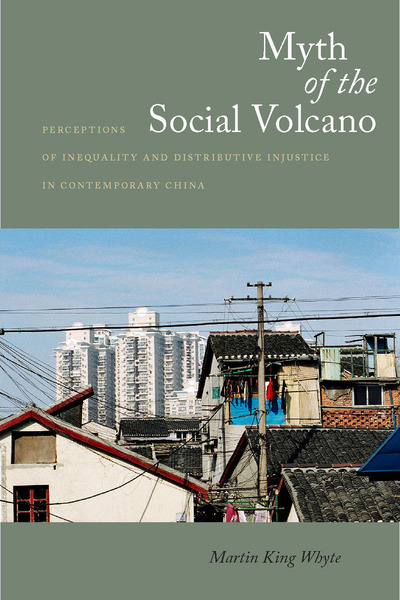 Is popular anger about rising inequality propelling China toward a "social volcano" of protest activity and instability that could challenge Chinese Communist Party rule? Many inside and outside of China have speculated, without evidence, that the answer is yes. In 2004, Harvard sociologist Martin King Whyte has undertaken the first systematic, nationwide survey of ordinary Chinese citizens to ask them directly how they feel about inequalities that have resulted since China's market opening in 1978. His findings are the subject of this book.

Martin King Whyte is Professor of Sociology at Harvard University.

"Based on representative and high quality survey data, this study is a great example of how research on China can contribute to our understanding of the country and also the broader discipline."

"[Myth of the Social Volcano] presented valuable new information on perspectives of inequality and distributive injustice in China. Whyte conducted the first systematic, nationwide survey of ordinary Chinese citizens on inequality and distributive justice . . . The book is well written and highly informative. Furthermore, it presents a fascinating account of how China transformed itself from a relatively egalitarian society to one of significant inequality in no more than three decades."

"Whyte's data and conclusions are based on sophisticated survey research . . . Whyte's book is extremely provocative, challenging the 'common sense' of most Western scholars and much of the Chinese leadership."

"A pioneering sociologist of China, Whyte takes on an immensely important yet long-neglected issue of how Chinese people feel about growing inequalities. He presents a systematic analysis of an original, carefully-designed national survey, offers contested interpretations, and makes a timely contribution to our understanding of a fast changing Chinese society."

"This path-breaking study answers the rarely touched question of how people feel about the newly emerging inequality in contemporary China. As one of the pioneers of survey research on China, Martin King Whyte presents unexpected and fascinating findings with solid empirical evidence. This book is a landmark study on distributive injustice."

"This book represents a hallmark of meticulous and thoughtful scholarship. Whyte cleverly situates the puzzling findings on attitudes toward inequality in a rich account of the historical transformations of the Chinese system of social stratification. A master piece of both historical depth and scientific rigor." 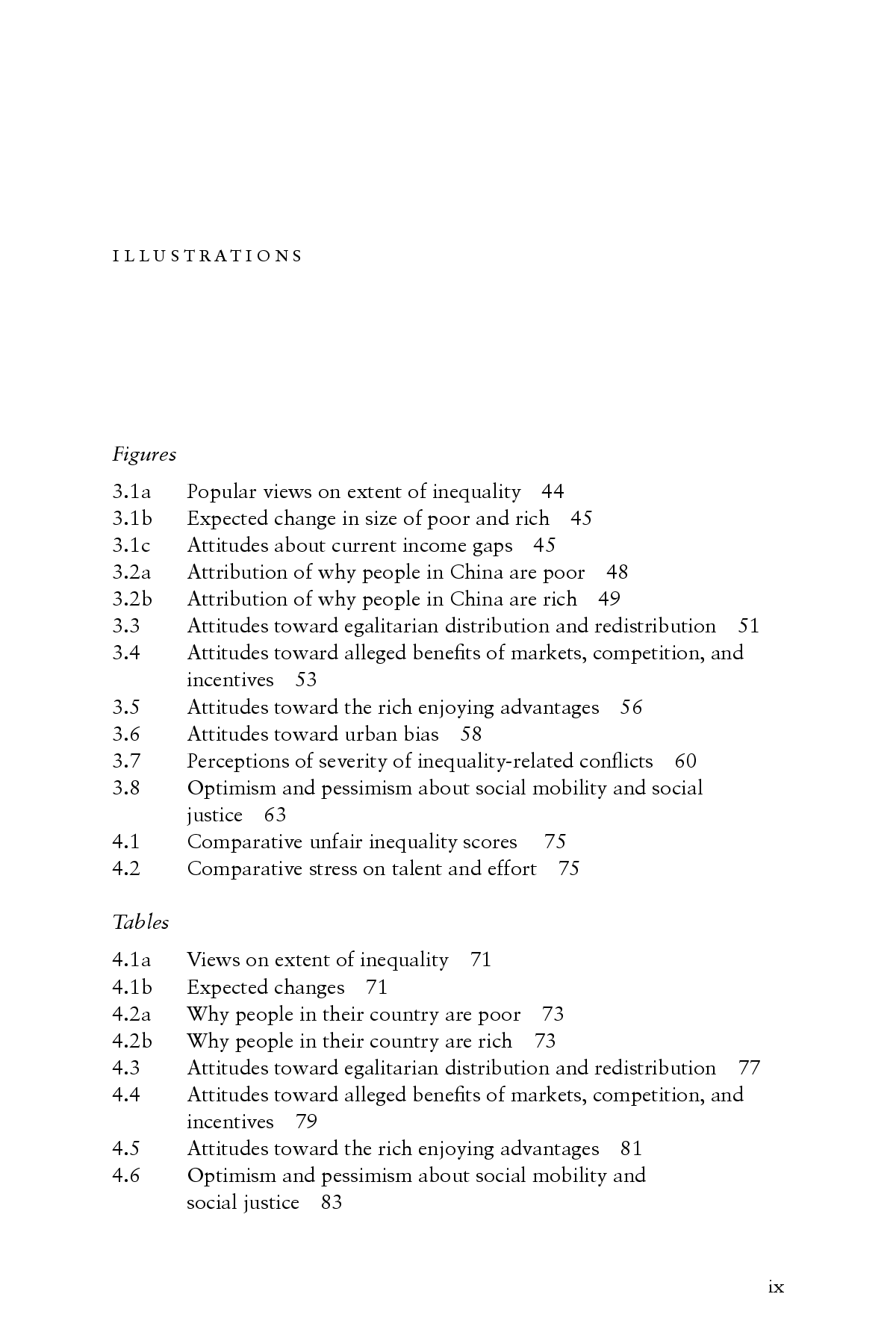 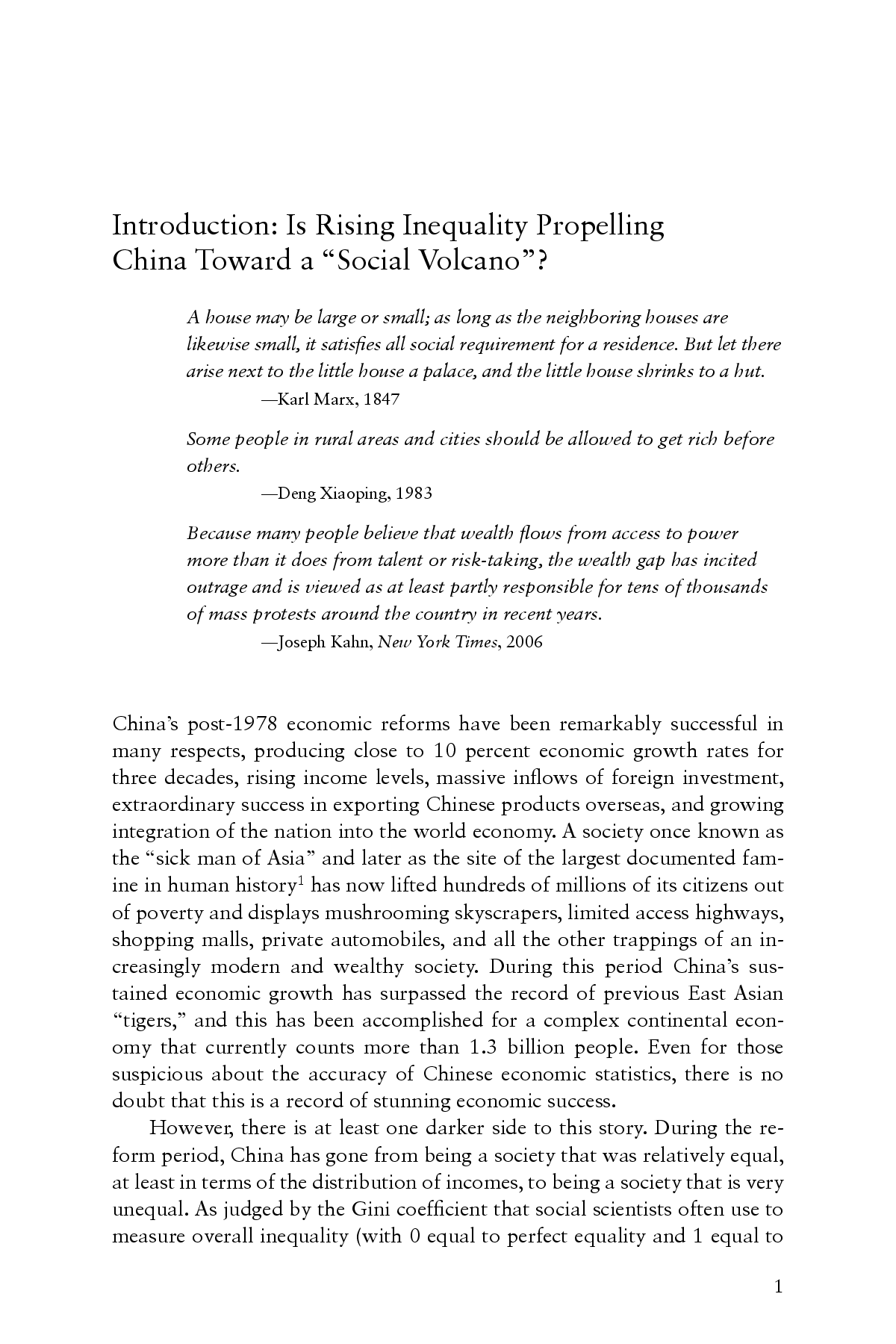 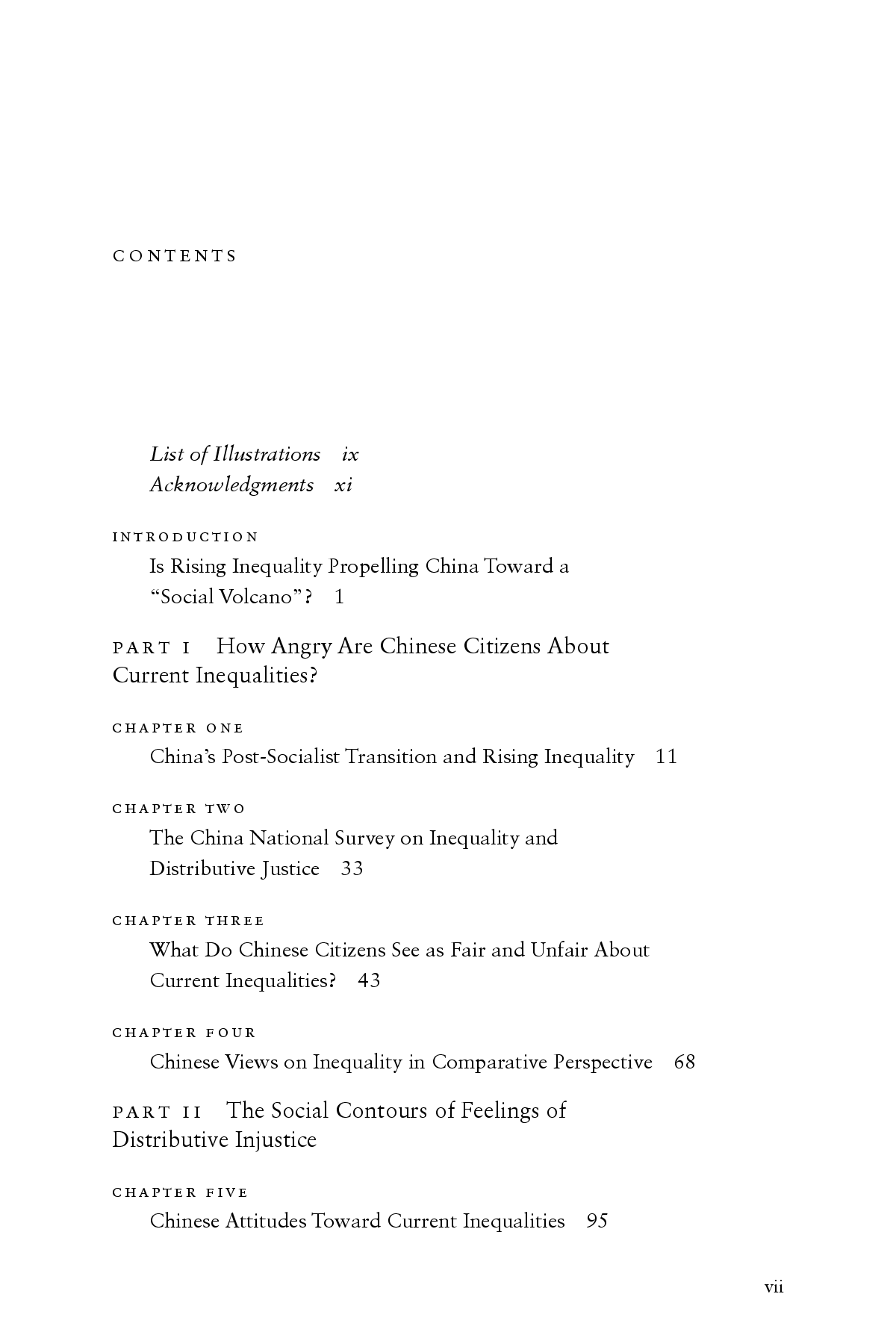