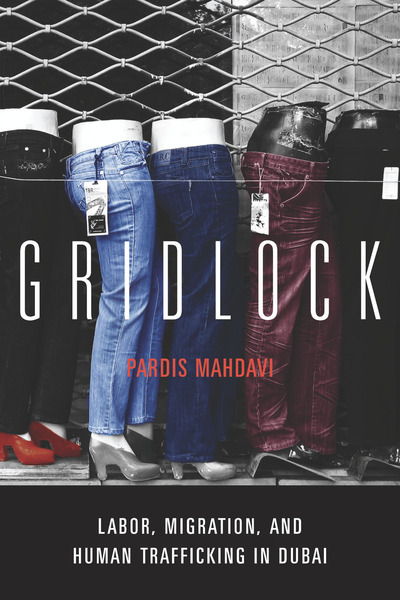 The images of human trafficking are all too often reduced to media tales of helpless young women taken by heavily accented, dark-skinned captors—but the reality is a far cry from this stereotype. In the Middle East, Dubai has been accused of being a hotbed of trafficking. Pardis Mahdavi, however, draws a more complicated and more personal picture of this city filled with migrants. Not all migrant workers are trapped, tricked, and abused. Like anyone else, they make choices to better their lives, though the risk of ending up in bad situations is high.

Legislators hoping to combat human trafficking focus heavily on women and sex work, but there is real potential for abuse of both male and female migrants in a variety of areas of employment—whether on the street, in a field, at a restaurant, or at someone's house. Gridlock explores how migrants' actual experiences in Dubai contrast with the typical discussions—and global moral panic—about human trafficking.

Mahdavi powerfully contrasts migrants' own stories with interviews with U.S. policy makers, revealing the gaping disconnect between policies on human trafficking and the realities of forced labor and migration in the Persian Gulf. To work toward solving this global problem, we need to be honest about what trafficking is—and is not—and to finally get past the stereotypes about trafficked persons so we can really understand the challenges migrant workers are living through every day.

Pardis Mahdavi is Assistant Professor of Anthropology at Pomona College and is currently an American Council of Learned Societies Fellow and a Woodrow Wilson International Center for Scholars Fellow. She is the author of Passionate Uprisings: Iran's Sexual Revolution (Stanford University Press, 2008). She previously was editor-in-chief for Slant Magazine, as well as a consultant for the United Nations Population Fund, and has written for the Los Angeles Times Magazine.

"This is essential reading for all migration practitioners and trafficking policy-makers, and a solid ethnography for inclusion in migration and gender courses."

"Mahdavi's book Gridlock offers a fascinating report of the negative consequences in the Middle-East, specifically in the United Arab Emirates (UAE) and Dubai, as a result of the impact of the UN Trafficking Protocol and the U.S. anti-trafficking law . . . [S]uccessfully argue[d]."

"Pardis Mahdavi provides a valuable service by exposing the contradictions and complexities that so often muddle the discussions and debates surrounding the issue of human trafficking. She makes an impassioned call for a more rational policy for dealing with this scourge, a call that eschews the sometimes simplistic and often melodramatic rhetoric surrounding the problem of international human trafficking."

—Reza Aslan, author of No god but God and Beyond Fundamentalism

"Gridlock is a lively, provocative and timely book that challenges many long-held and misinformed popular beliefs about human trafficking. Mahdavi astutely and engagingly examines the connections between migratory experiences and trafficking in the UAE, providing an insightful and constructive, ethnographically-based critique of U.S. and international anti-trafficking initiatives."

"This is an extraordinarily well-researched and gripping book on human trafficking in Dubai. With impressive clarity, Professor Mahdavi describes the complex problem of trafficked women, migrants and foreign workers and the role of the international community and the host country in dealing with it."

—Haleh Esfandiari, Woodrow Wilson International Center for Scholars, author of My Prison, My Home: One Woman's Story of Captivity in Iran

"Mahdavi's examination of the labor conditions in the UAE, teases out the differences between trafficking into forced labor and migration for work-albeit under lousy conditions. Her analysis reveals the perverse effects that anti-trafficking policies have had on migrants' rights. At the heart of the book is a plea for greater worker protections. A must-read for those interested in labor and migration issues-not just trafficking."

—Denise Brennan, Georgetown University, the author of What's Love Got to Do with It? Transnational Desires and Sex Tourism in the Dominican Republic 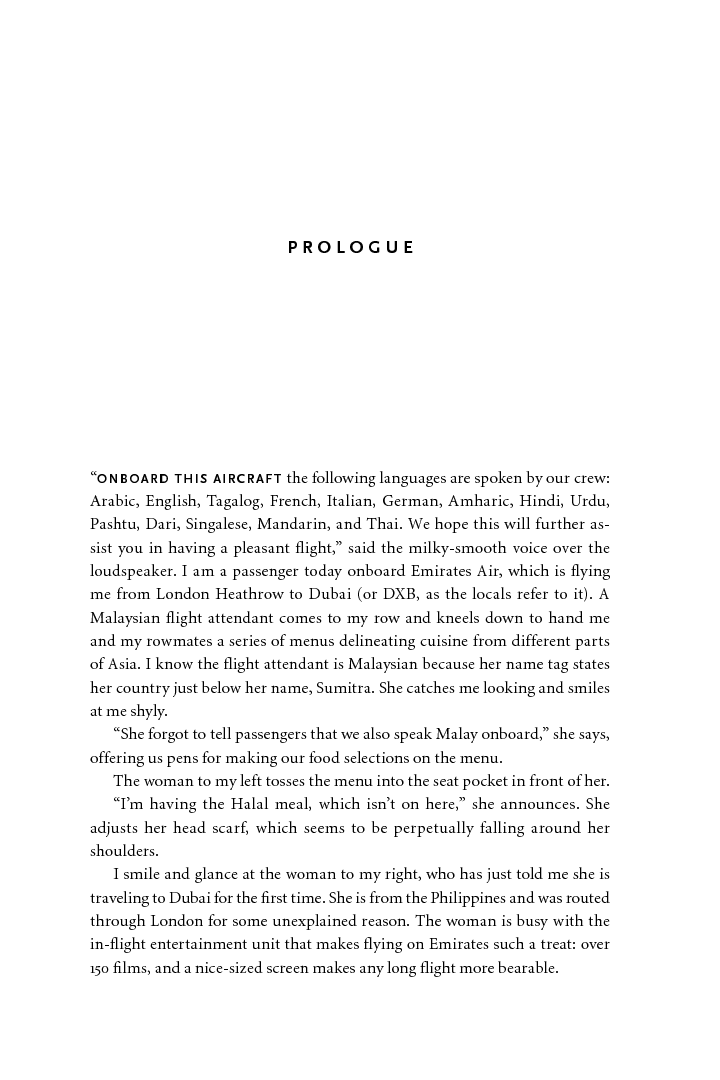 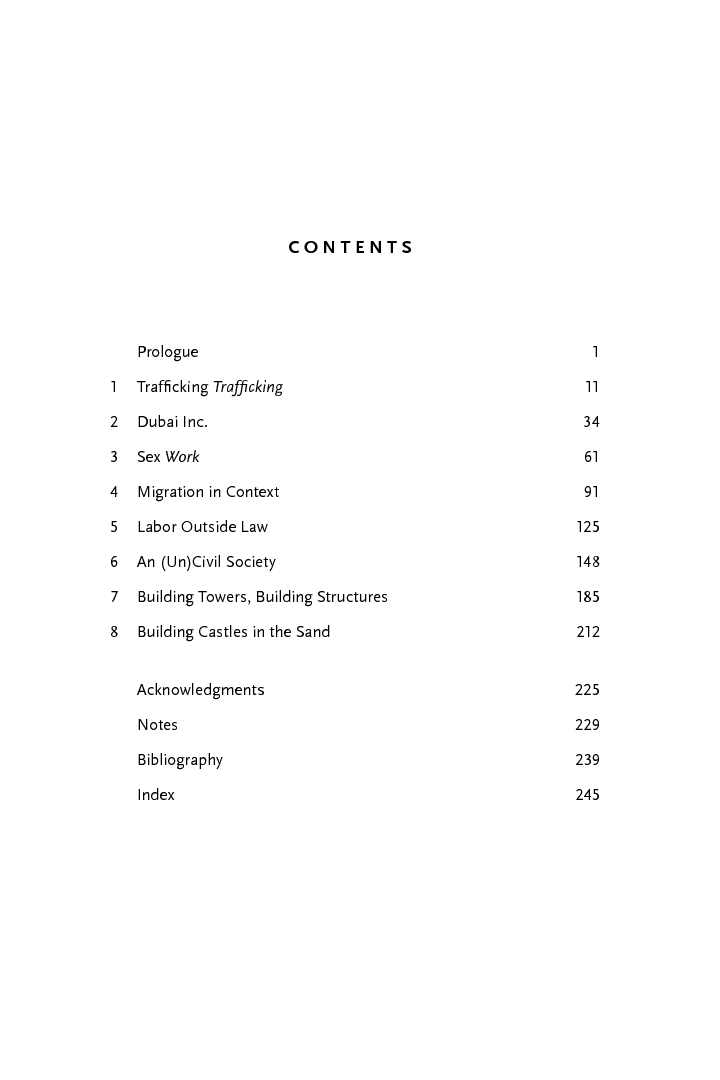