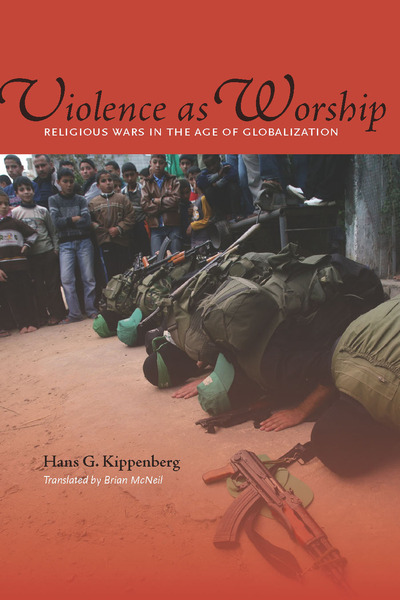 Today's religious violence challenges our understanding of religion. Do we need special notions such as 'cult' and 'fundamentalism' to come to terms with it? Does monotheism, with its claim to exclusivity, necessarily generate intolerance? Kippenberg rejects the idea that violence and religion are inherently connected and instead considers the actions, motives, and self-perceptions of real people. He shows that the violent outcomes of the American tragedies of Jonestown and Waco were not inevitable. In both cases, law enforcement, the media, and anti-cult networks believing in the necessity of liberation by force stood in opposition to communities who chose to idealize martyrdom. The same pattern applies to other major cases of religious violence since the 1970s: the Iranian revolution; the birth of Hezbollah in Lebanon; the conflict between Jews, Muslims, and American Protestants that grew out of disputes between Israel and its neighboring states; and the attacks of 9/11. In the age of globalization, religious ties fill the vacuum left by the weakening of traditional loyalties and by states that do not foster social solidarity. Lest we believe we are condemned to a violent future, Violence as Worship concludes with a discussion on prevention. Religion may inspire many conflicts, but it is also a resource that can be mobilized to avert them.

Hans G. Kippenberg is Wisdom Professor for Comparative Religious Studies at Jacobs University, Bremen. His books in English include Discovering Religious History in the Modern Age (2002) and The 9/11 Handbook: Annotated Translation and Interpretation of the Attackers' Spiritual Manual(2006, edited with Tilman Seidensticker).

"Hans Kippenberg's Violence as Worship: Religious Wars in the Age of Globalization offers an insightful and fresh perspective using a historically detailed sociology . . . Well-written and historically-robust case studies make this book a valuable addition to the growing literature on religion and violence."

"Kippenberg's handling of violence as a religious act has broader applications for how analysts consider religion, agency and causation. The book is enormously useful for the analysis of religious and civic activity."

—Ipsita Chatterjea, Bulletin for the Study of Religion

"This book is both one of the best contributions to the study of contemporary world conflicts and an impressive new approach to research on religiously inspired political conflicts in general. Kippenberg's approach is directed against all attempts to essentialize 'religion' and 'violence:' instead, he focusses on religious motivations and interpretations of violent acts by individuals and collectivities."

"What makes Violence As Worship so engaging is Kippenberg's consistently brilliant use of social theory to explain the story behind the headlines. No one else has laid bare the extent to which religious advocates are also actors in civil society, empowered through the vast expansion of the public domain during the past half-century." 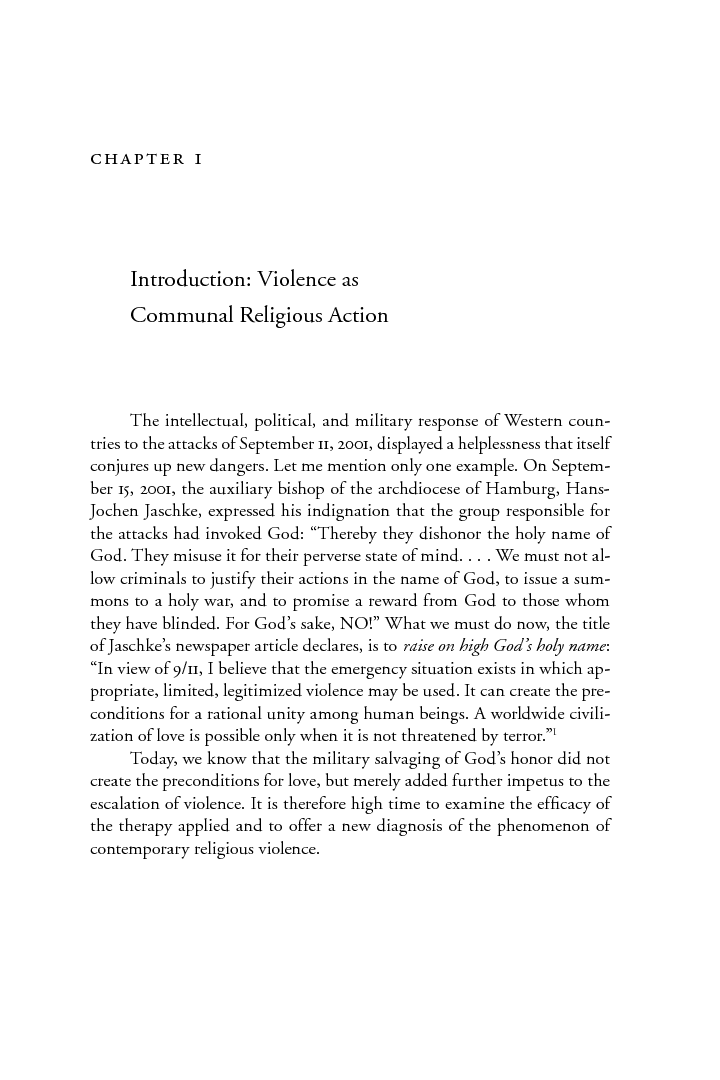 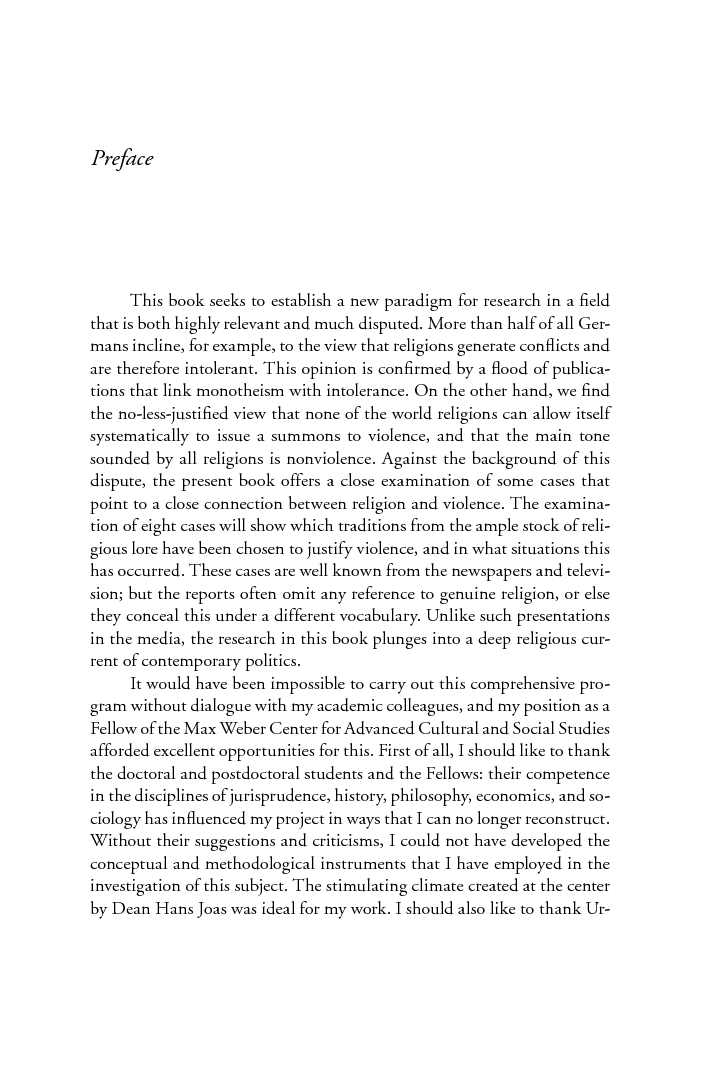 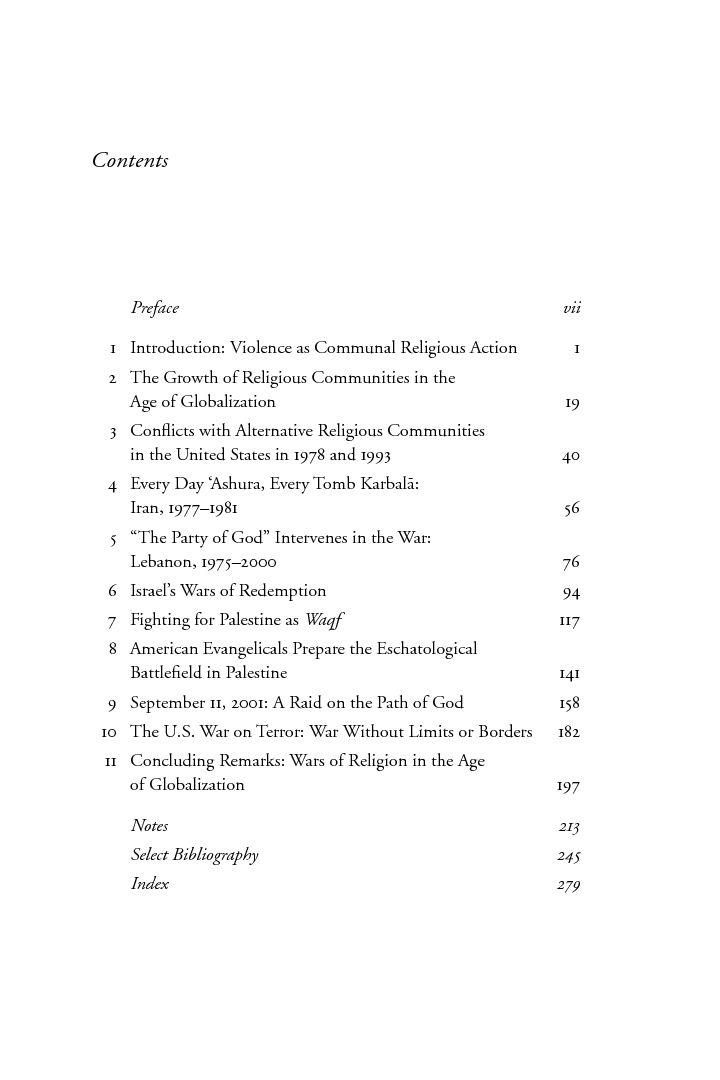