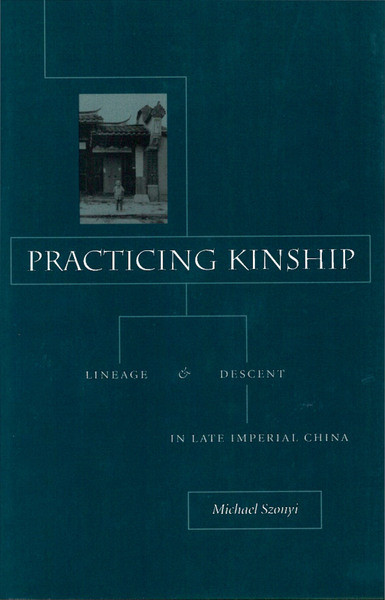 Presenting a new approach to the history of Chinese kinship, this book attempts to bridge the gap between anthropological and historical scholarship on the Chinese lineage by considering its development in terms of individual and collective strategies. Based on a wide range of newly available sources such as lineage genealogies and stone inscriptions, as well as oral history and extensive observation of contemporary ritual practice in the field, this work explores the historical development of kinship in villages of the Fuzhou region of southeastern Fujian province.

In the late imperial period (1368-1911), the people of Fuzhou compiled lengthy genealogies, constructed splendid ancestral halls, and performed elaborate collective rituals of ancestral sacrifice, testimony to the importance they attached to organized patrilineal kinship. In their writings on the lineage, members of late imperial elites presented such local behavior as the straightforward expression of universal and eternal principles. In this book, the author shows that kinship in the Fuzhou region was a form of strategic practice that was always flexible and negotiable. In using the concepts and institutions of kinship, individuals and groups redefined them to serve their own purposes, which included dealing with ethnic differentiation, competing for power and status, and formulating effective responses to state policies. Official efforts to promote a neo-Confucian agenda, to register land and population, and to control popular religion drove people to organize themselves on kinship principles and to institutionalize their kinship relationships. Local efforts to turn compliance with official policies, or at least claims of compliance, to local advantage meant that policymakers were continually frustrated.

Because kinship was constituted in a complex of representations, it was never stable or fixed, but fluid and multiple. In offering this new perspective on this history of Chinese lineage practices, the author also provides new insights into the nature of cultural integration and state control in traditional Chinese society.

Michael Szonyi is Associate Professor of History at the University of Toronto. He is the translator of Family and Lineage Organization and Social Change in Ming-Qing Fujian by Zheng Zhen

"This is an important book, based on painstaking research, which addresses important issues in the field of Chinese social and cultural history. . . . The author revisits many of the questions raised by Maurice Freedman in his pathbreaking work on Chinese lineage society in the 1950s and 1960s. . . . In some ways, Szonyi is doing here for the Fujian what David Faure, Helen Siu, and their team have done for the Pearl River delta in Guang-dong—that is, writing theoretically sophisticated local histories based on thoroughgoing command of all local sources and frequently crossing the (largely artificial) frontier between history and anthropology."

"Szonyi . . . .uses a wide range of sources, textual and oral, and varied research methodologies to construct a local history rich in detail and theoretical sophistication. Practicing Kinship is an important contribution not only to our understanding of the Fuzhou area but to our understanding of kinship practice and its variable, flexible nature. The book is recommended for upper-level undergraguates, graduates, and faculty alike."

"Szonyi has written an impressive study of patrilineal kinship organization on Nantai Island, primarily during the Ming and Qing periods. The book is solidly based on a wide array of sources, including genealogies, local gazetteers, land deeds, oral history, and personal observation of contemporary ritual performance. . . . This important study is worthy of serious consideration by those in the humanities and the social sciences."

"...Szonyi's work displays an analytical rigour and a precision of argumentation that makes it a model of historical scholarship."

"This study makes an invaluable contribution to the study of a region as well as the general history of Chinese society in the Ming Qing period, adding another regional variation to the Pearl delta studied by David Faure and Helen Siu. This book should be on the reading list of every China scholar and graduate seminar."

"Based upon remarkable research in local gazetteers, genealogies and extensive fieldwork, Practicing Kinship is a rich and insightful analysis of the lived experience of lineage organization in late imperial China."