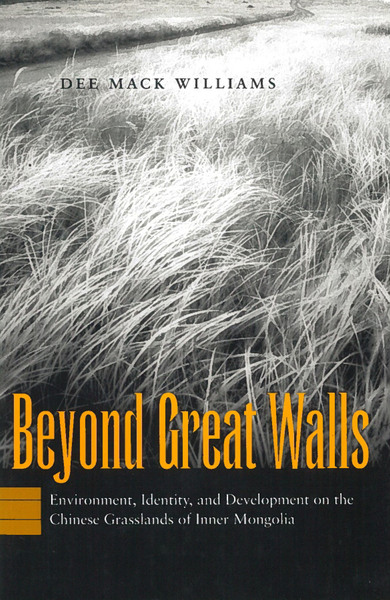 This is an ethnographic study of a community of Mongolian herders who have been undergoing dramatic environmental and social transformations since 1980. It provides a rare window of observation into a fascinating and important, though remote and relatively understudied, region of modern China, and documents some of the unintended harmful consequences of decollectivization and economic development.

Initially, the book presents a case study of land degradation and shows how competing social and cultural forces at the local, national, and international level actively shape that process. More broadly, it focuses on local experiences of modernization and the ways that marginalized people creatively appropriate alien technologies to serve their own ethnic identity and cultural renewal.

The book aims to deepen our understanding of environmental change as a social process by exploring significant tensions between such symbolic dichotomies as Chinese/Mongol, farmer/herder, private/collective, development/conservation, Western/Asian, and scientific/indigenous. It argues that the reconstruction of local landscape cannot be separated from the social context of economic insecurity and political fear, nor from the cultural context of group identity and environmental symbolism. Ideologically informed perceptions of the land prove to be highly relevant in both shaping and contesting international development agendas, national grassland policies, and the daily practices of local production.

In presenting the full range of material and symbolic stakes now in play on the Chinese grasslands, the book demonstrates that human-land interactions involve social dimensions on a global scale of widely underestimated complexity. Throughout, the author draws from his extensive fieldwork to enrich his study with poignant (and sometimes humorous) anecdotes and biographical sketches.

Dee Mack Williams is a Faculty Associate in the Department of Anthropology at the University of North Carolina, Chapel Hill.

"This important contribution to ethnographic literature and Chinese studies features an original and powerful analytical muscle and a compelling theoretical argument. It is a fine book that will serve as a new benchmark for future grasslands studies in China and around the world."

"This pathbreking book will provide background to, promote understanding of, and direct debate on one of the most important environmental problems in China."

"This book exhibits new depth in understanding marginalized peoples on the finges of modern society."

"As the subtitle implies, this book addresses a number of complex issues. In fact it delivers even more than promised. It is, in my opinion, a remarkable tour de force that will be referred to for years to come, and not just by China specialists. This is not to underrate its importance to

Chinese studies, which is very significant indeed. . . . a delight to read . . . This book is highly relevant to any discussion of international development agendas, conservation policies, and land tenure reform. The methodological significance of his book is also great. I would urge any researcher planning development-related fieldwork to read it."