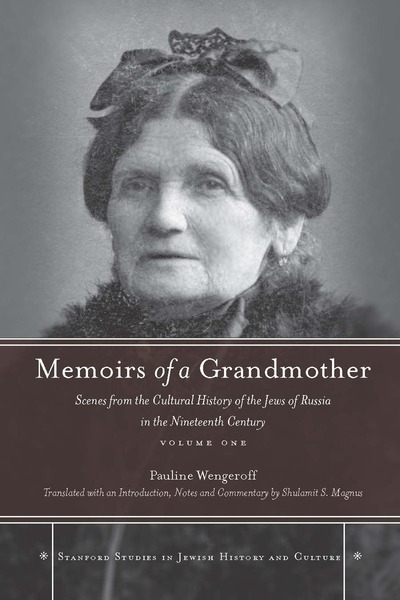 Memoirs of a Grandmother
Scenes from the Cultural History of the Jews of Russia in the Nineteenth Century, Volume One
Pauline Wengeroff Translated with an Introduction, Notes, and Commentary by Shulamit S. Magnus
SERIES: Stanford Studies in Jewish History and Culture

Pauline Wengeroff, the only nineteenth-century Russian Jewish woman to publish a memoir, sets out to illuminate the "cultural history of the Jews of Russia" in the period of Jewish "enlightenment," when traditional culture began to disintegrate and Jews became modern. Wengeroff, a gifted writer and astute social observer, paints a rich portrait of both traditional and modernizing Jewish societies in an extraordinary way, focusing on women and the family and offering a gendered account (and indictment) of assimilation.

In Volume 1 of Memoirs of a Grandmother, Wengeroff depicts traditional Jewish society, including the religious culture of women, during the reign of Tsar Nicholas I, who wished "his" Jews to be acculturated to modern Russian life.

"With the publication of the first volume of her edition on Pauline Wengeroff's memoirs, Shulamit Mangus has once again significantly advanced the conversation regarding Wengeroff and her work. Graduate students and scholars who do not know German, and even those who do, will benefit from Magus' fluid translation and extensive research. Her incisive introduction draws on research into the period, as well as recent scholarship on Wengeroff."

"Highly recommended as a scholarly but also a highly readable account by an articulate, intelligent woman."

"[Memoirs of a Grandmother] will be a standard reference work and a starting point for a great deal of research. The readability of the translation and the user-friendly nature of the notes make use of this book very enjoyable, which is not something to be taken for granted these days. The publication of the second volume is eagerly anticipated."

"[T]hanks to Shulamit S. Magnus, Wengeroff's latest and most devoted editor and translator, English speakers have an opportunity to read a faithful and complete translation . . . of this extraordinary book." 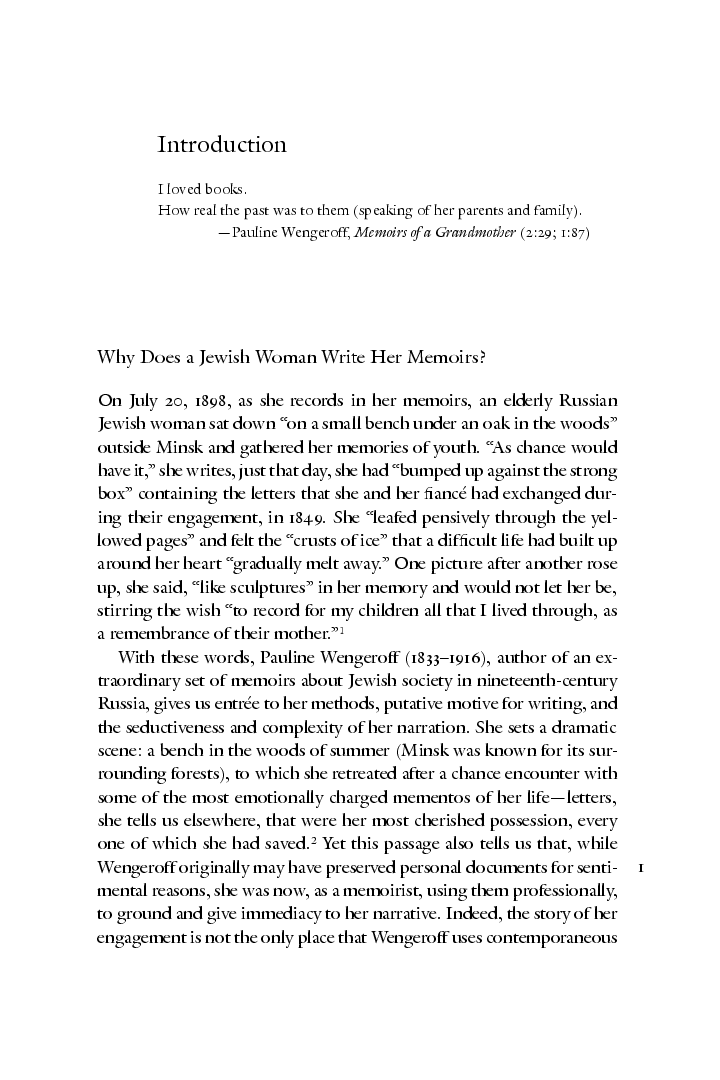 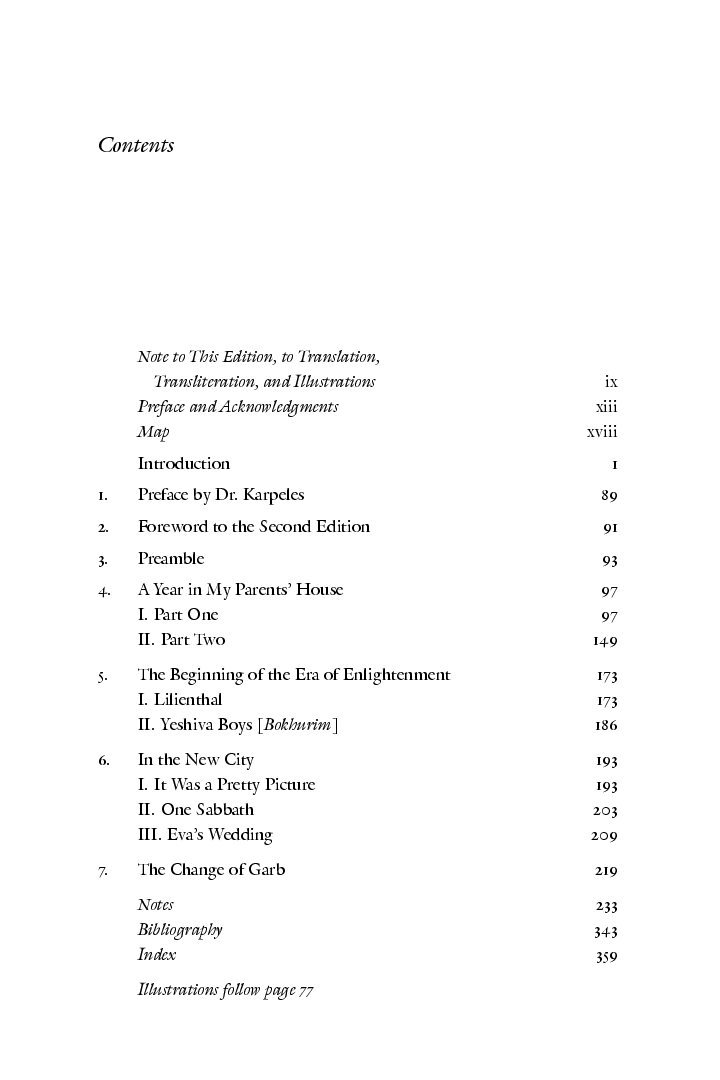