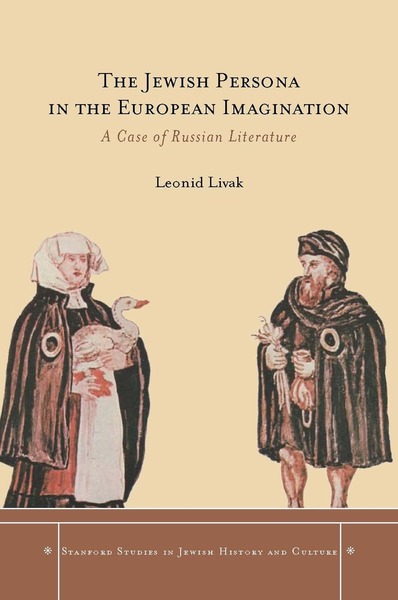 The Jewish Persona in the European Imagination
A Case of Russian Literature
Leonid Livak
SERIES: Stanford Studies in Jewish History and Culture

This book proposes that the idea of the Jews in European cultures has little to do with actual Jews, but rather is derived from the conception of Jews as Christianity's paradigmatic Other, eternally reenacting their morally ambiguous New Testament role as the Christ-bearing and -killing chosen people of God. Through new readings of canonical Russian literary texts by Gogol, Turgenev, Chekhov, Babel, and others, the author argues that these European writers—Christian, secular, and Jewish—based their representation of Jews on the Christian exegetical tradition of anti-Judaism. Indeed, Livak disputes the classification of some Jewish writers as belonging to "Jewish literature," arguing that such an approach obscures these writers' debt to European literary traditions and their ambivalence about their Jewishness.

Leonid Livak is Associate Professor at the University of Toronto, where he teaches at the Department of Slavic Languages and Literatures and in the Centre for Jewish Studies. He is the author of How It Was Done in Paris: Russian Émigré Literature and French Modernism (2003).

"[T]here is a profound lack of research concerning [...] the presence of Jewish components in Russian culture. This vacuum begs the question whether Jewish-Russian cultural contacts can be considered a dialogue at all [...]. This is the key question in Leonid Livak's book The Jewish Persona in the European Imagination: A Case of Russian Literature . . . Livak offers fascinating interpretations of Anton Chekhov's stories 'Tina' and 'Skripka Rotshil'da' . . . [T]he examples of Jewish themes in Russian literature per se are quite scare, and most of them have found their way into this book."

"The Jewish Persona in the European Imagination presents an original, carefully researched, and cogently argued study of stultifying and persistent influence of a clichéd image of Jewish people dating back to Christian theology and folklore and found throughout Russian literature . . . Livak's study is enormously thought-provoking, and exemplary in its high scholarly standards."

"This is an outstanding book, one that may force many readers, as it did me, to rethink matters they had thought safely settled . . . I will repeat: I consider this book a major scholarly contribution. Livak has adduced and integrated an immense amount of literary material. His analyses are intelligent and acute, his judgments sound and well grounded. An impressive job."

"The bibliography of primary and secondary sources is quite useful. The Jewish Persona should be of special interest to those wishing to explore the role that the image of Jews—or 'the jews'—might play in the psycho-sexual biography of non-Jewish writers."

"The Jewish Persona in the European Imagination contributes a new understanding both of familiar Russian literary texts and less familiar East Slavic religious and folkloric texts. Livak's theory is powerfully explanatory and will excite controversy and debate." 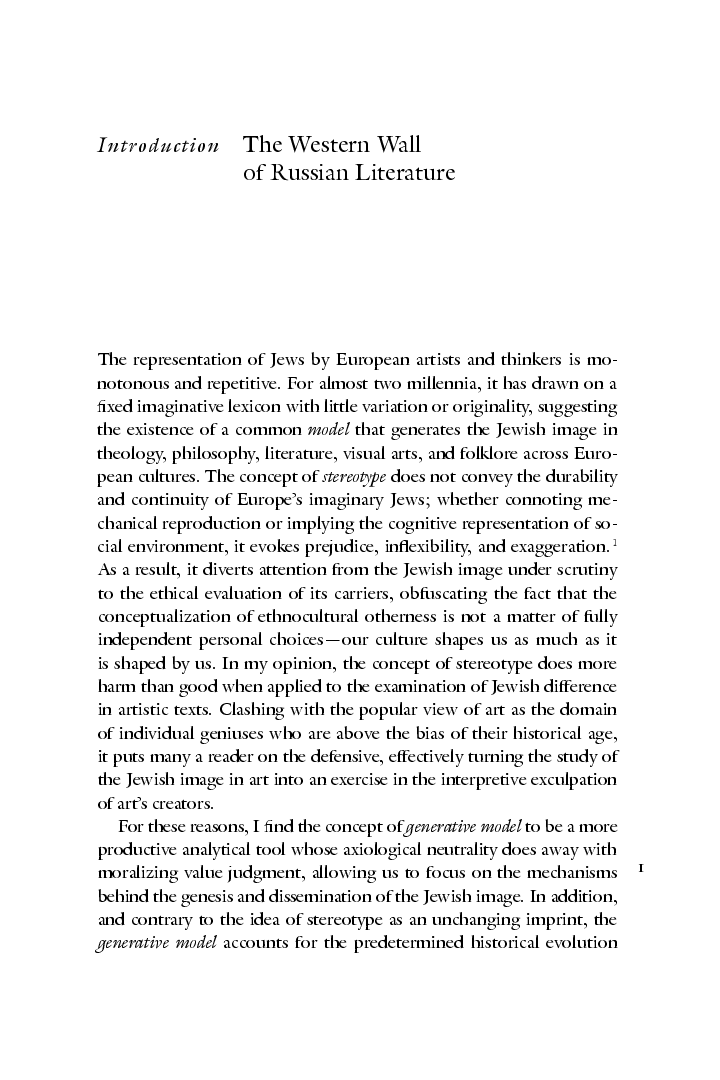 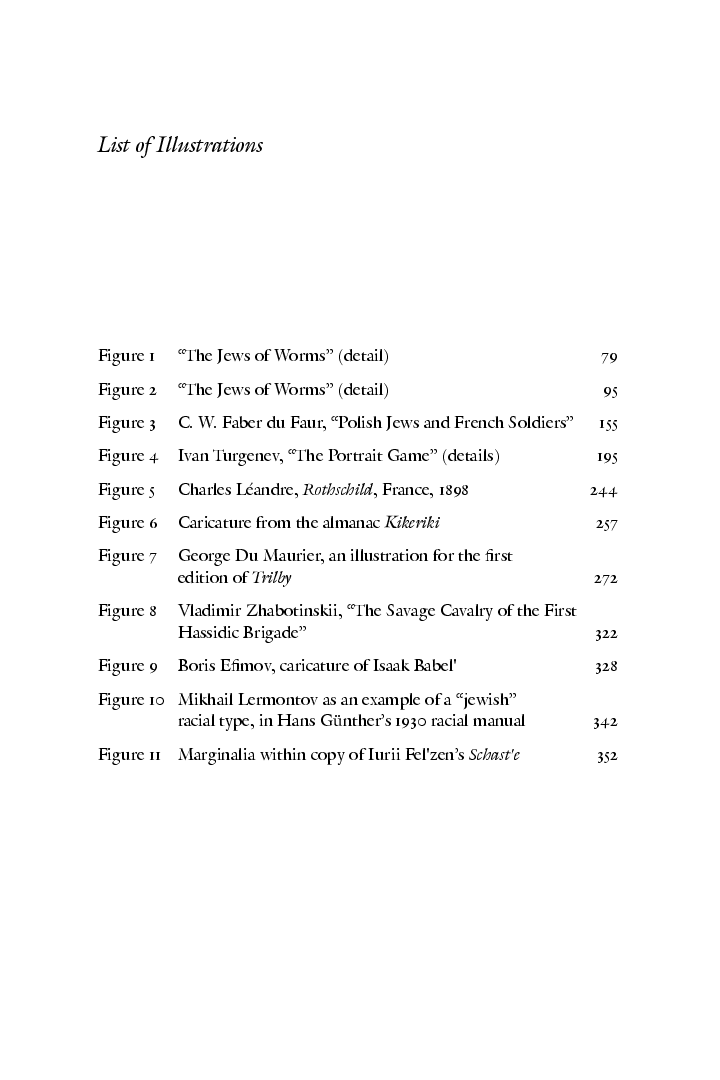 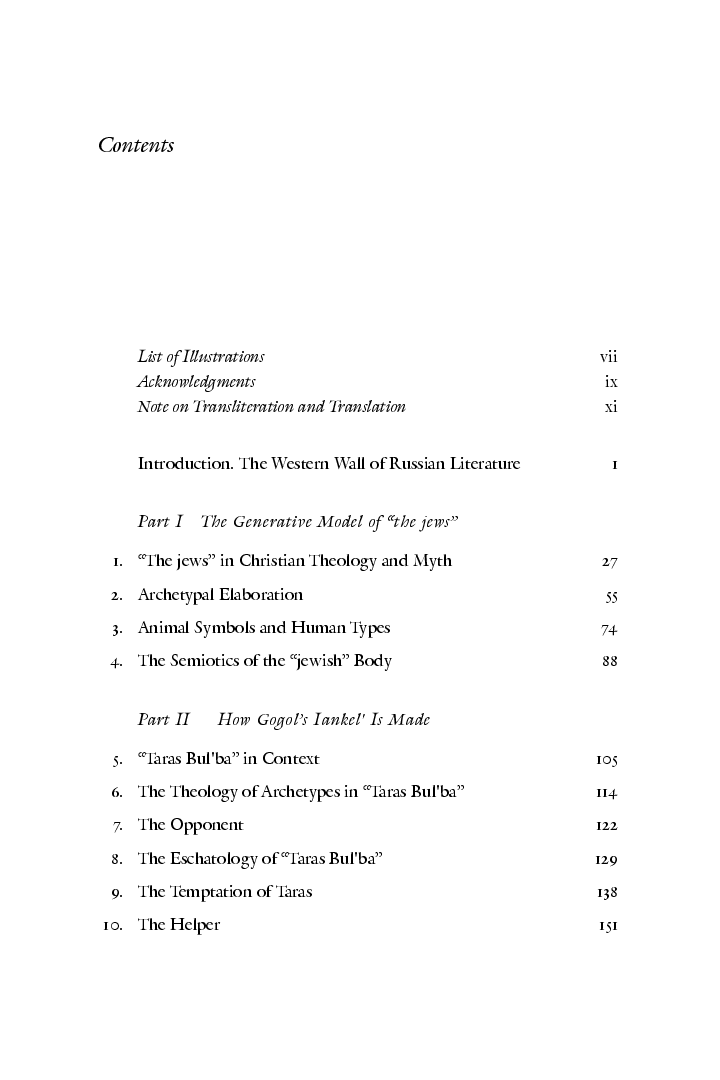