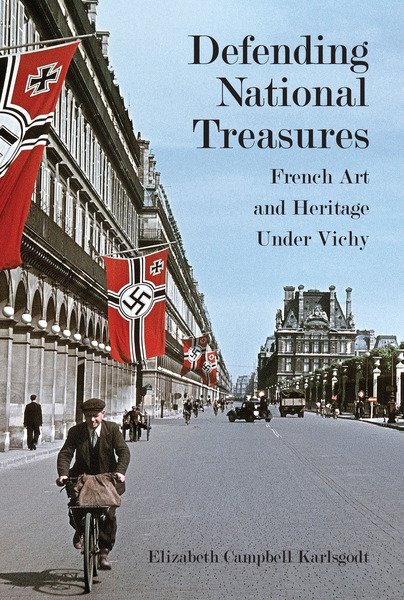 Defending National Treasures explores the fate of art and cultural heritage during the Nazi occupation of France. The French cultural patrimony was a crucial locus of power struggles between German and French leaders and among influential figures in each country. Karlsgodt examines the preservation policy that the Vichy regime enacted in an assertion of sovereignty over French art museums, historic monuments, and archeological sites. The limits to this sovereignty are apparent from German appropriations of public statues, Jewish-owned art collections, and key "Germanic" works of art from French museums. A final chapter traces the lasting impact of the French wartime reforms on preservation policy.

In Defending National Treasures, Karlsgodt introduces the concept of patrimania to reveal examples of opportunism in art preservation. During the war, French officials sought to acquire coveted artwork from Jewish collections for the Louvre and other museums; in the early postwar years, they established a complicated guardianship over unclaimed art recovered from Germany. A cautionary tale for our own times, Defending National Treasures examines the ethical dimensions of museum acquisitions in the ongoing noble quest to preserve great works of art.

Elizabeth Campbell Karlsgodt is Assistant Professor of History at the University of Denver.

"Elizabeth Karlsgodt presents a well-researched account of the policies and practices of the Vichy regime with respect to the cultural patrimony of France. She deploys this work to develop a critique of the way in which post-war France dealt with the consequences of the occupation. In doing so, Karlsgodt makes an important contribution to our understanding of patrimony in France and to postwar interpretations of resistance."

"Campbell Karlsgodt does a fine job with the historiography of Vichy, offering concise summaries of a rich literature and providing important information in a succinct manner. She also has a knack for explicating evocative moments. . . This is a cogently argued, well-researched, and elegant book. . . Campbell Karlsgodt has made an important addition to this burgeoning literature."

"In this exceptional work, Karlsgodt shows how even before the fall of the Third Republic, French officials struggled to preserve the nation's artistic patrimony using the powers of the state . . . Special note should be taken of Karlsgodt's use of previously unavailable primary sources and her attention to the larger ethical issues her study raises . . . Highly recommended."

"This book makes several critical arguments, including a strongly documented case for continuity in French cultural policy from the Third Republic through Vichy and the postwar years. Karlsgodt shows that French cultural policy during the Occupation must be understood more in terms of domestic interests than as a function of collaboration with the Germans. She raises important ethical questions about museum acquisitions policies, not only in Vichy France, but also in postwar France and elsewhere." 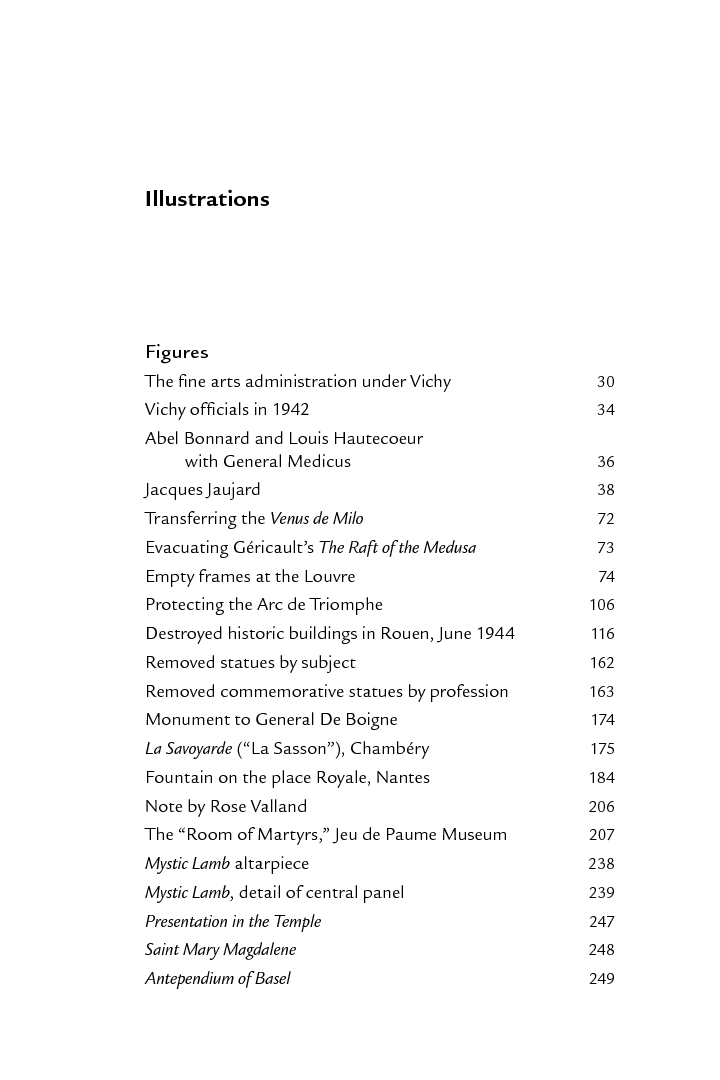 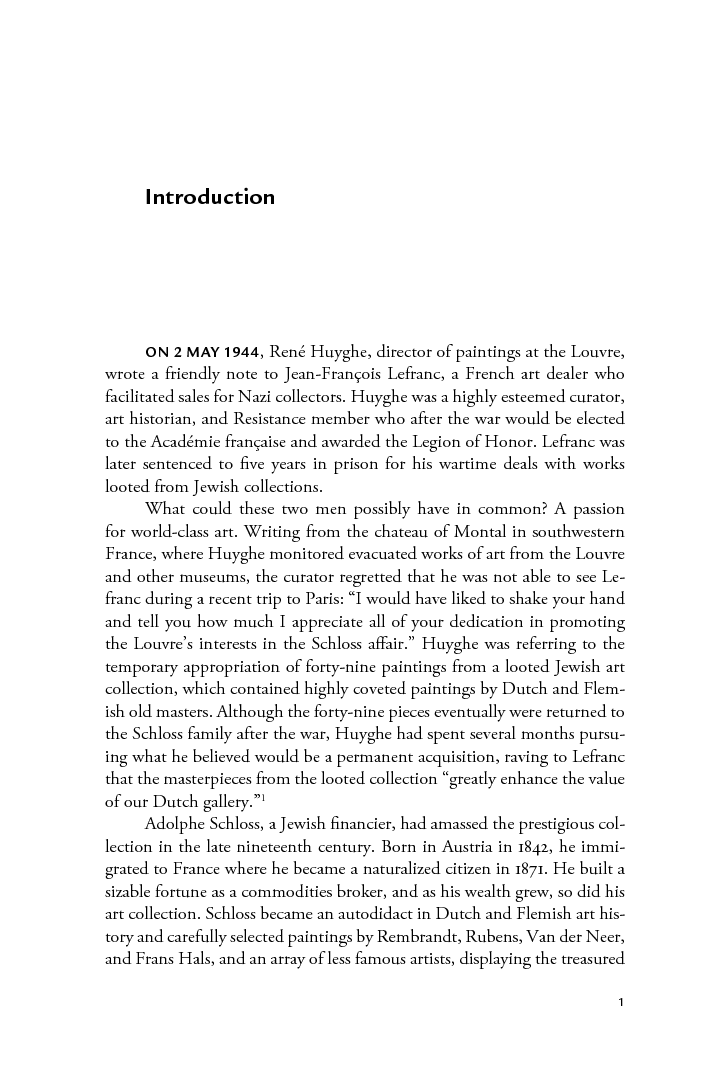 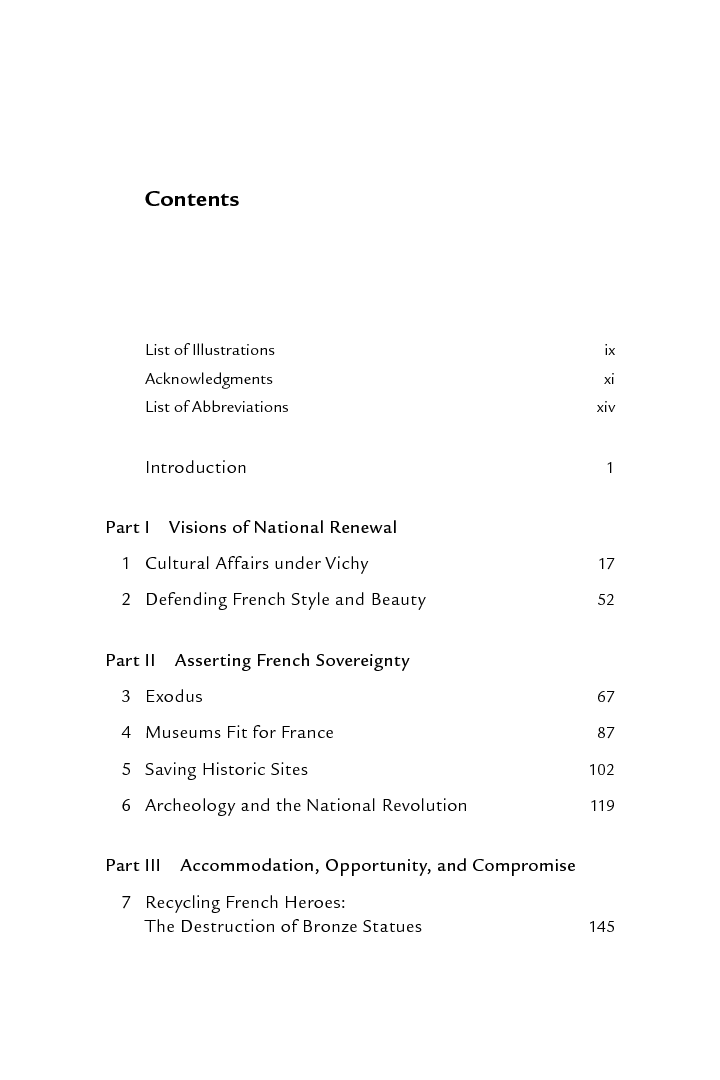