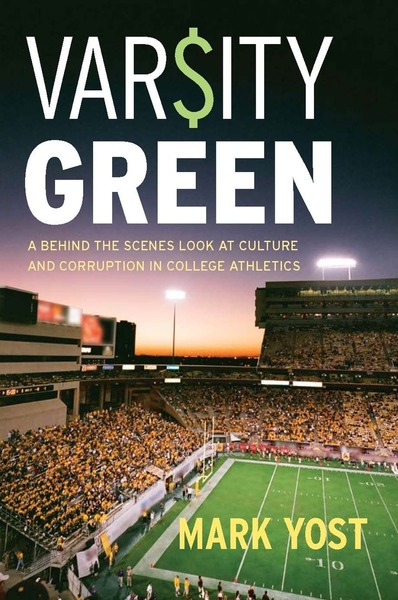 In Varsity Green, Mark Yost cuts through clichés and common misconceptions to take a hard-eyed look at the current state of college athletics. He takes readers behind the scenes of the conspicuous and high-revenue business of college sports in order to dissect the enormous television revenues, merchandising rights, bowl game payoffs, sneaker contracts, and endorsement deals that often pay state university coaches more than the college president, or even the governor.

Money in college sports is nothing new. But readers will be amazed at the alarming depth and breadth of influence, both financial and otherwise, that college sports has within our culture. Readers will learn how academic institutions capitalize on the success of their athletic programs, and what role sports-based revenues play across campus, from the training room to the science lab. Yost pays particular attention to the climate that big-money athletics has created over the past decade, as both the NCAA's March Madness and the Bowl Championship Series have become multi-billion dollar businesses. This analysis goes well beyond campus, showing how the corrupting influences that drive college athletics today have affected every aspect of youth sports, and have seeped into our communities in ways that we would not otherwise suspect.

This book is not only for the players, policymakers, and other insiders who are affected by the changing economics of college athletics; it is a must-read for any sports fan who engages with the NCAA and deserves to see the business behind the game.

Mark Yost has written about the business of sports for The Wall Street Journal, Sports Business Journal and other publications for more than 20 years. His work has also appeared in The New York Times, Sports Illustrated, and SmartMoney. A native of Brooklyn and a lifelong Yankees fan, he lives in Chicago with his son, George.

"According to veteran sports-business journalist Yost, there never was a 'golden era' of college sports, when gentlemen scholars learned sportsmanship and teamwork; rather, sports have always been a means for colleges to earn money, power, and esteem, too often resulting in illiterate college athletes and corrupt athletic programs. ...(T)his intelligent critique of the U.S. college athletics makes a captivating examination of America's infatuation with money, celebrity, and sports."

"This provocative look at college athletics by sports and business journalist Yost is sure to start some conversations. In no uncertain terms, Yost accuses the NCAA of being morally bankrupt and exploiting poor, inner-city youth as chattel that feeds a protection racket lining the pockets of the rich and powerful. ...Yost's book focuses primarily on football but will appeal widely to anyone with an interest in high school or college athletics. Though clearly opinionated, it is an excellent primer on the business of college sports."

"The most informed, most dogged analyst of the finances of sports is clearly Mark Yost. Are the hand-wringing, issue-concerned administrators of college sports ready for him? He's ready for them."

"In Varsity Green, Mark Yost joins the voices outside the stadium or fieldhouse who decry the hypocrisy and corruption in college athletics, and in weaving together the many aspects and actors he demonstrates that the madness is not just confined to March."

"Mark Yost lays bare the sordid details of the corrupting influence big money has on college athletics and academic integrity at many of our institutions of higher learning. The writing is entertaining, the facts disturbing."

"Mark Yost tells a readable story that presents recent research on college athletics in a very stimulating manner. The title of the opening chapter on the student athlete says it all: 'The Entertainment Product.'"

"Mark Yost ranks among the elite of 'sport and business of sport' writers. Honest and fearless, Varsity Green will excite both the hard core fan, as well as the casual NCAA observer. A Great read!" 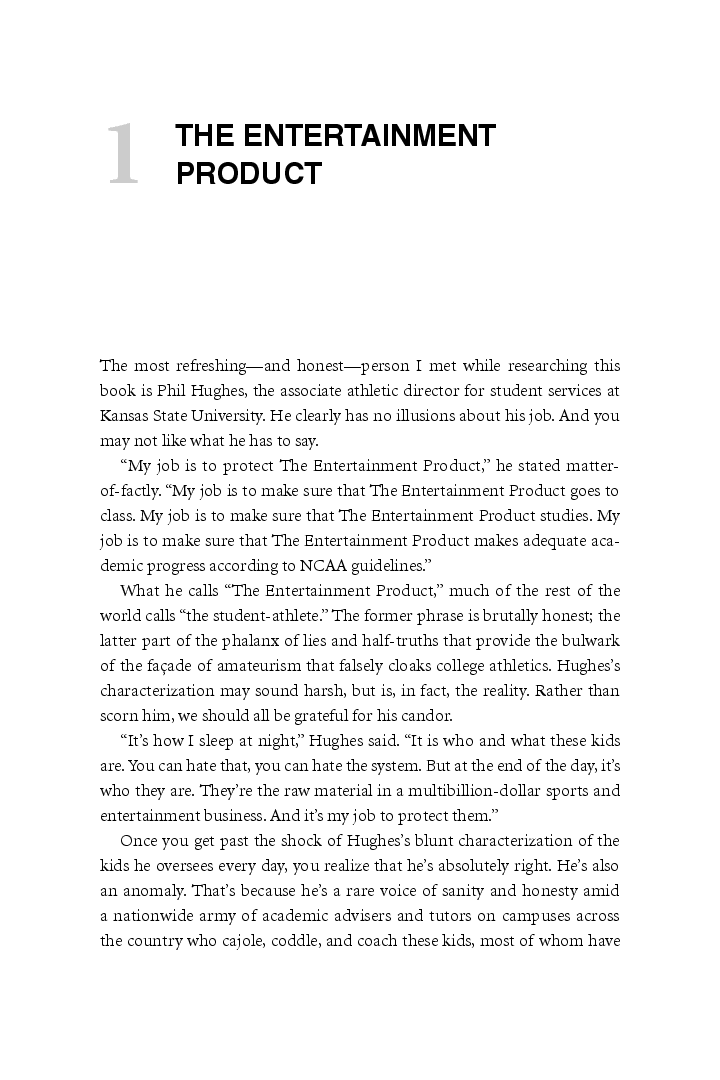 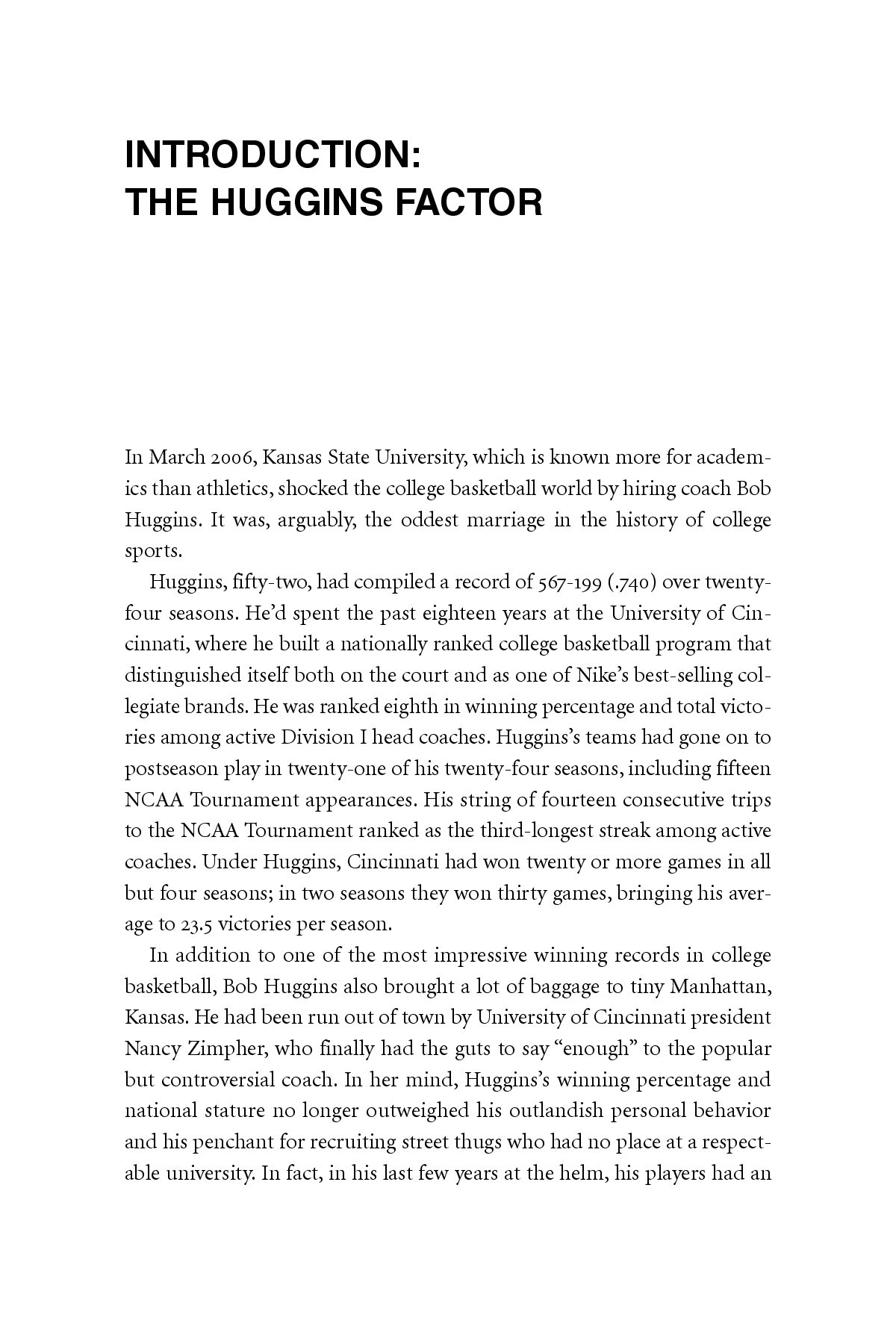 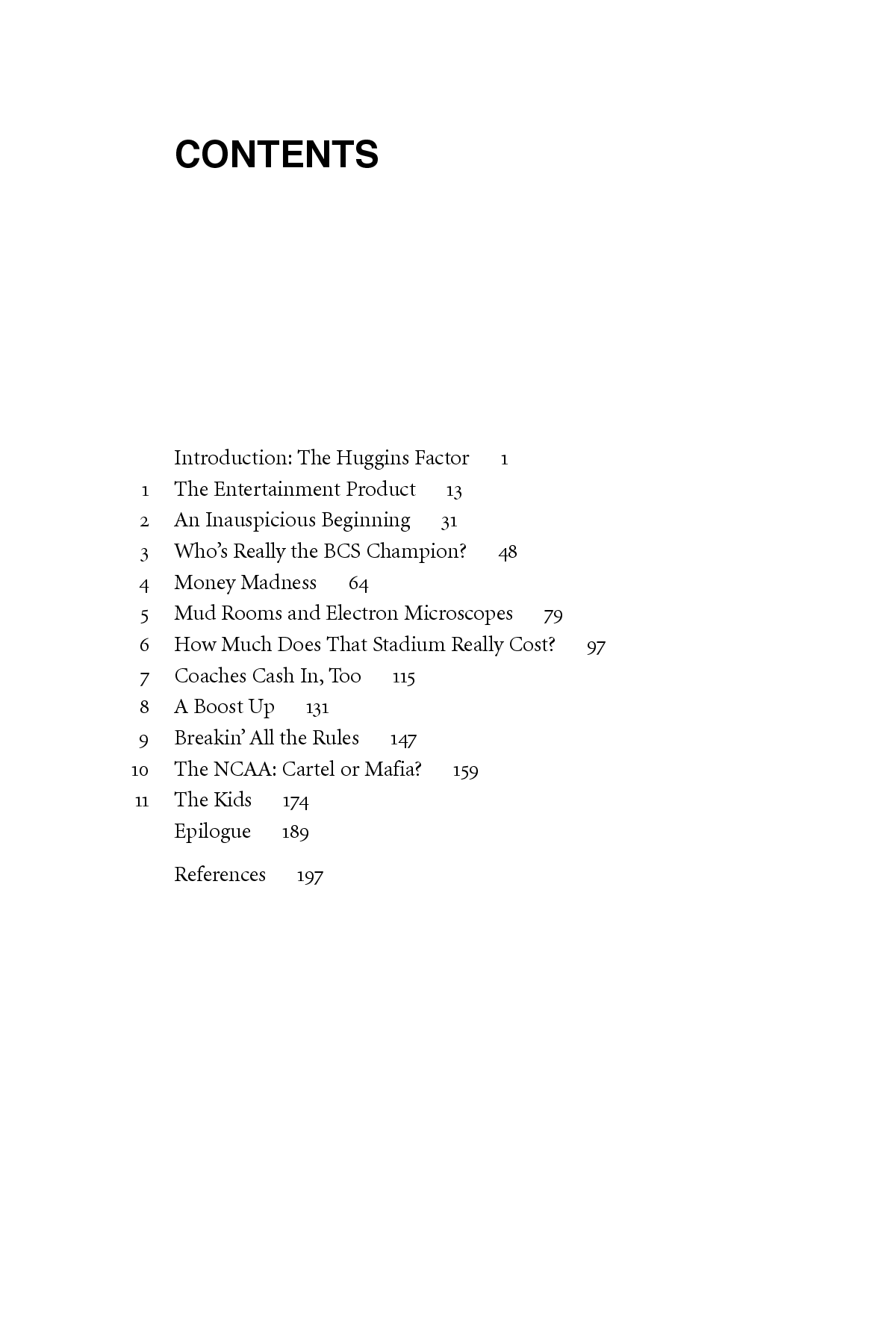