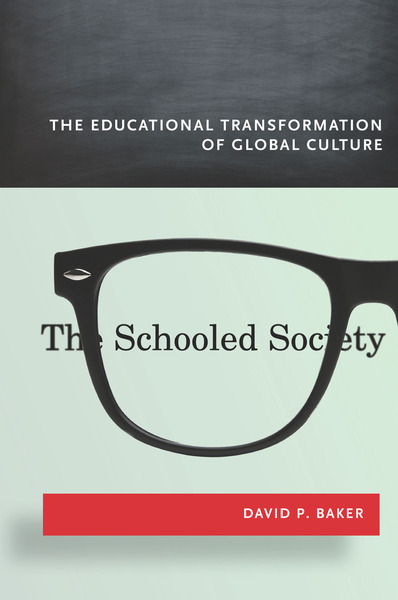 Winner of the 2019 Sejong Academic Book Award, sponsored by the South Korean Ministry of Culture, Sports and Tourism.

Only 150 years ago, the majority of the world's population was largely illiterate. Today, not only do most people over fifteen have basic reading and writing skills, but 20 percent of the population attends some form of higher education. What are the effects of such radical, large-scale change? David Baker argues that the education revolution has transformed our world into a schooled society—that is, a society that is actively created and defined by education.

Drawing on neo-institutionalism, The Schooled Society shows how mass education interjects itself and its ideologies into culture at large: from the dynamics of social mobility, to how we measure intelligence, to the values we promote. The proposition that education is a primary rather than a "reactive" institution is then tested by examining the degree to which education has influenced other large-scale social forces, such as the economy, politics, and religion. Rich, groundbreaking, and globally-oriented, The Schooled Society sheds light on how mass education has dramatically altered the face of society and human life.

David P. Baker is Professor of Education and Sociology, and a research scientist at the Center for the Study of Higher Education and the Population Research Institute at Pennsylvania State University. He is coauthor of National Differences, Global Similarities: World Culture and the Future of Schooling (Stanford, 2005) and a frequent contributor to scholarly journals on education.

"In a little over 100 years, formal education has gone from the privilege of an elite few to a standard life phase. Conventional analyses view this 'massification' as the inevitable response to increasingly complex societies and economies. David Baker explores formal education as a social-cultural force in its own right, pointing to its profound effects on diverse social institutions and world cultural ideologies. The Schooled Society offers a powerful alternative perspective on the global educational revolution."

"The Schooled Society argues that education is more cultural than functional and more authoritative than instrumental. It constitutes the very groundwork of contemporary society as much as it serves particular needs and interests. This path-breaking book offers a rich, encompassing, global perspective on education, even as it articulates an educationally-grounded vision of contemporary society itself."

"The Schooled Society is one of the most important books in the sociology of education in quite some time. It provides an original, rigorous, and well-supported application of neo-institutional theory and covers an enormous amount of material. The author takes on some of the most accepted aspects of both conflict and functionalist theory and in doing so provides what is at times a controversial take on mass education, democracy, K-12 and higher education, cognition, and a number of other topics. It will solidify his reputation as one of today's leading sociologists of education and comparative and international education." 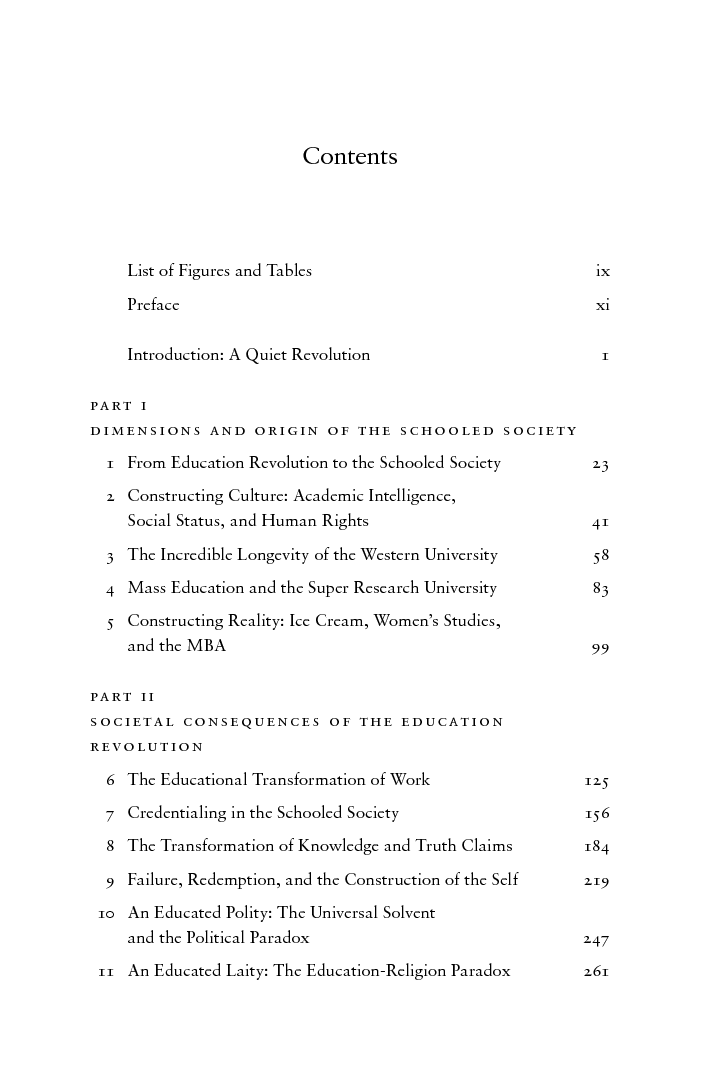 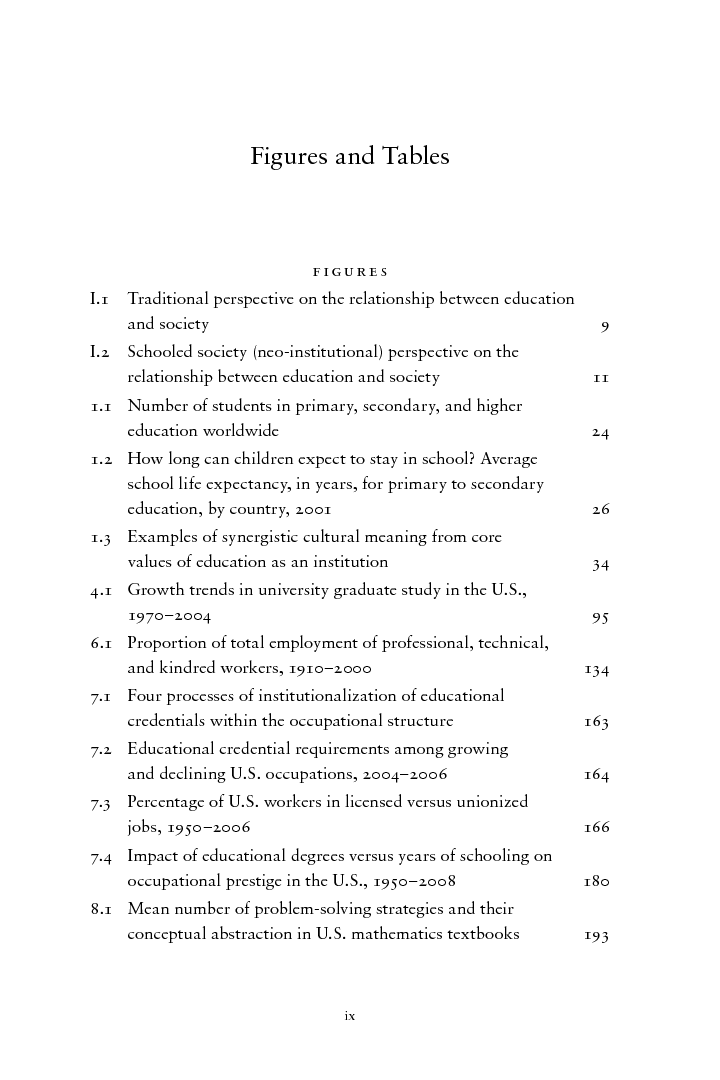 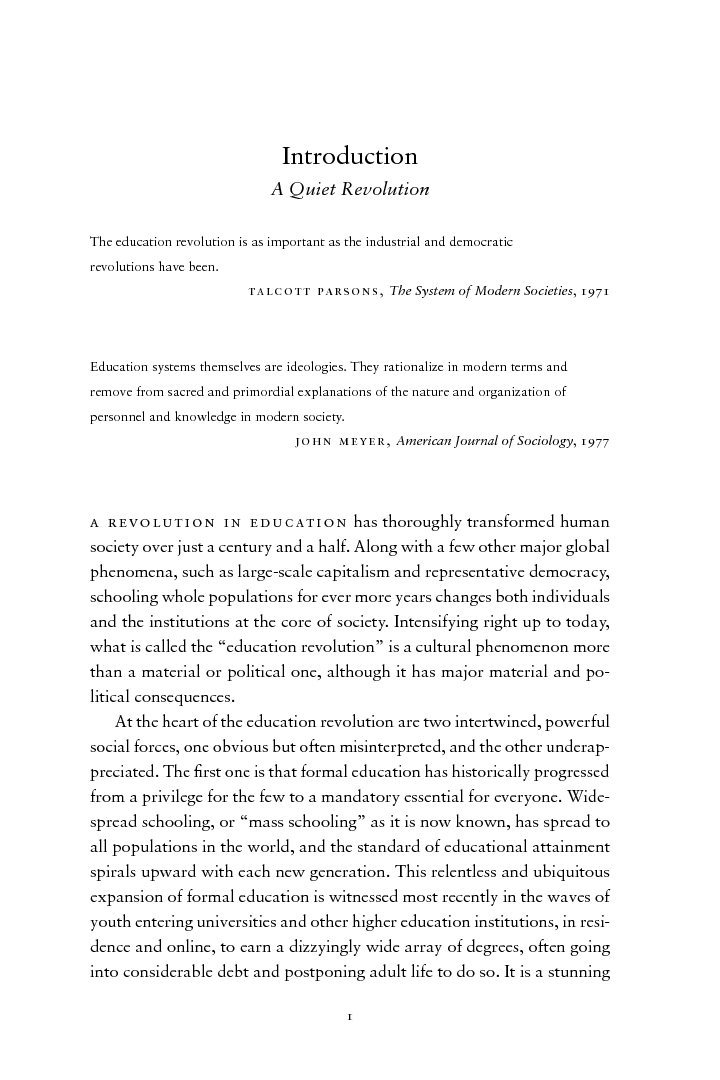 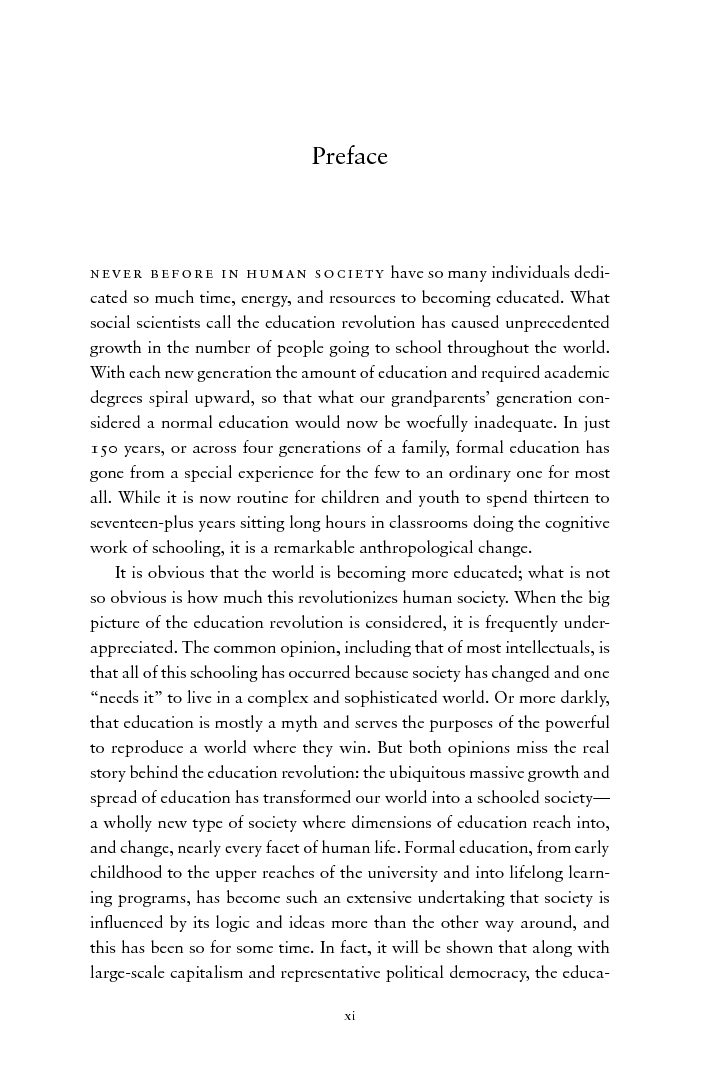