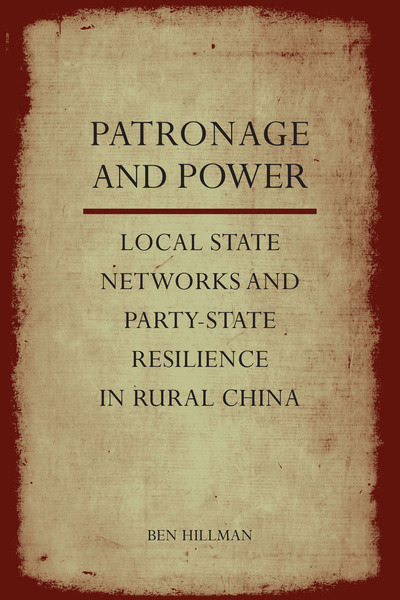 Power and Patronage examines the unwritten rules and inner workings of contemporary China's local politics and government. It exposes how these rules have helped to keep the one-Party state together during decades of tumultuous political, social, and economic change.

While many observers of Chinese politics have recognized the importance of informal institutions, this book explains how informal local groups actually operate, paying special attention to the role of patronage networks in political decision-making, political competition, and official corruption. While patronage networks are often seen as a parasite on the formal institutions of state, Hillman shows that patronage politics actually help China's political system function. In a system characterized by fragmented authority, personal power relations, and bureaucratic indiscipline, patronage networks play a critical role in facilitating policy coordination and bureaucratic bargaining. They also help to regulate political competition within the state, which reduces the potential for open conflict. Understanding patronage networks is essential for understanding the resilience of the Chinese state through decades of change.

Power and Patronage is filled with rich and fascinating accounts of the machinations of patronage networks and their role in the ruthless and sometimes violent competition for political power.

Ben Hillman is Senior Lecturer in comparative politics at the Crawford School of Public Policy at Australian National University. Ben has been a student of contemporary China for more than 20 years and lived and worked in China for almost 10 years. His publications on contemporary Chinese politics and society appear in leading international journals.

"Hillman's decade-long study of a poor, isolated rural area of southwest China provides a corrective to media reports of rural discontent and riots. Hillman finds that the lower down the administrative ladder—prefecture, county, township, village—authority fragments and turns into complex, informal patronage networks, often based on kin and chums, that both collect and distribute spoils . . . Highly recommended."

"Power and Patronageis built upon terrific, extended fieldwork that ferrets out a great deal about the generally impenetrable inner dynamics of local politics in China. Hillman shows how local politics looks very different from the standard state-society models once we dig deeper. A very important book."

"Patronage and Power is a fascinating exploration of the inner workings of the local state in China. Empirically rich and analytically sophisticated, this study adds greatly to our understanding of local politics in China and the forces holding the Party-state together. A must-read for all interested in contemporary Chinese politics and society."

"Hillman provides a rare and fascinating account of rural politics in China...In the past, several scholars have looked at the local state to answer the question of why, despite of blatant socio-economic changes and rising inequalities, the Chinese Communist Party remains in power. Hillman's work is also inspired by this question. What makes his study unique is the nuanced picture he provides of rural politics, presenting local cadres as both maximizers of their own personal gain, and as political agents willing to get things done at grassroots level. Hence, the book is a welcome addition to the literature on the Chinese local state, and provides new insight for experts in the field of Chinese politics." 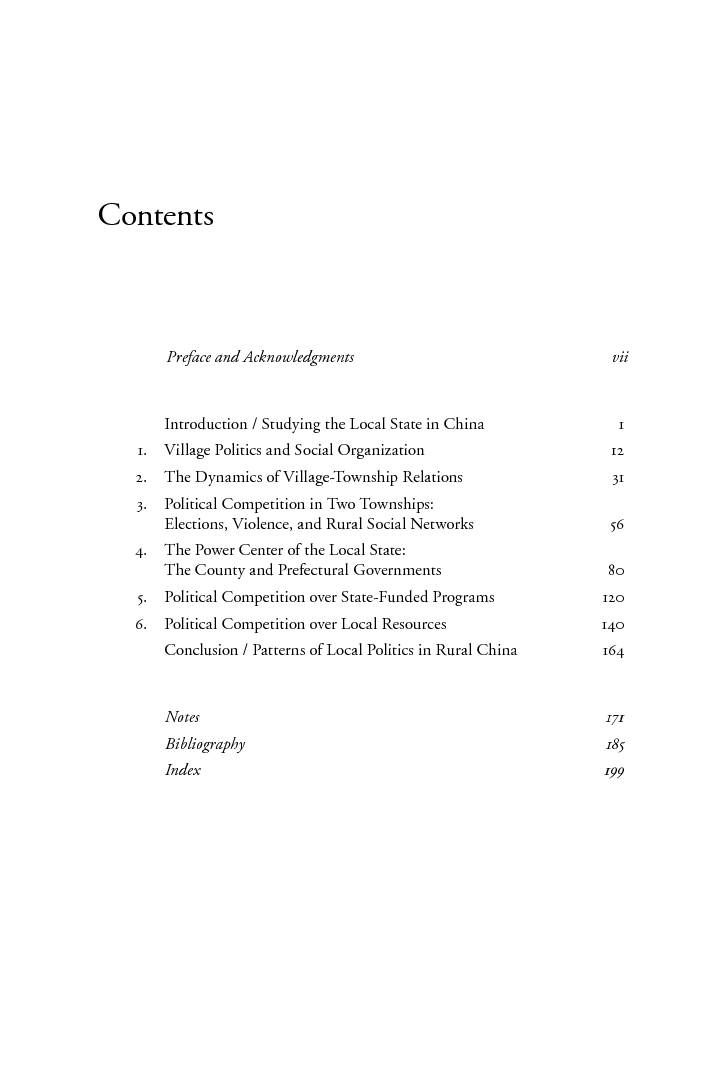 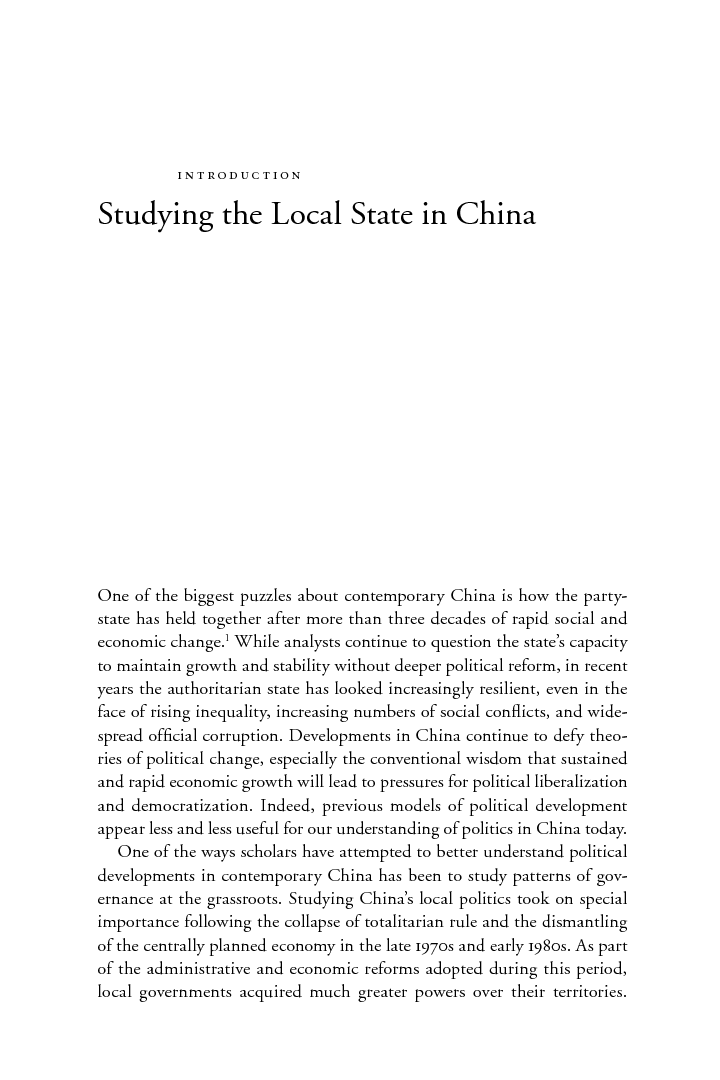 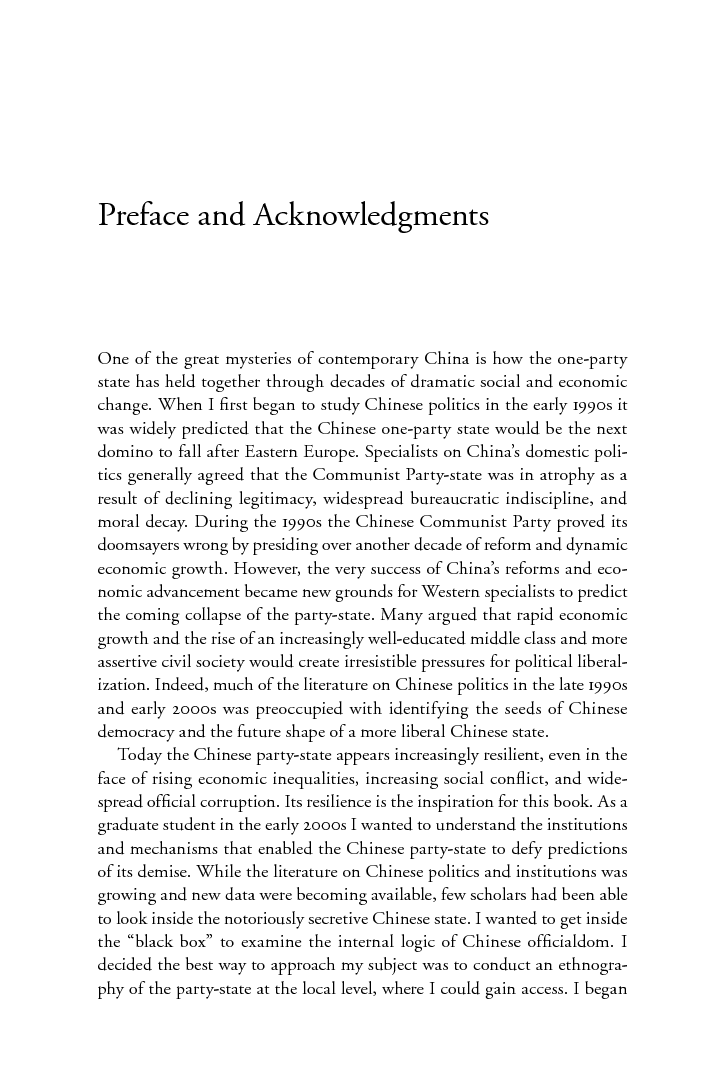