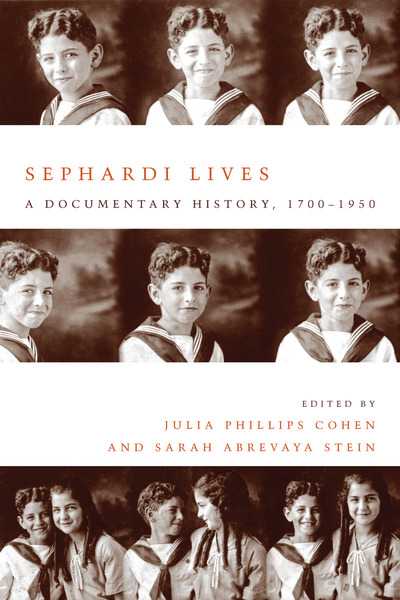 Honorable Mention in the 2015 Judaica Reference Award, sponsored by the Association of Jewish Libraries.

This ground-breaking documentary history contains over 150 primary sources originally written in 15 languages by or about Sephardi Jews—descendants of Jews who fled medieval Spain and Portugal settling in the western portions of the Ottoman Empire, including the Balkans, Anatolia, and Palestine. Reflecting Sephardi history in all its diversity, from the courtyard to the courthouse, spheres intimate, political, commercial, familial, and religious, these documents show life within these distinctive Jewish communities as well as between Jews, Muslims, and Christians.

Sephardi Lives offer readers an intimate view of how Sephardim experienced the major regional and world events of the modern era—natural disasters, violence and wars, the transition from empire to nation-states, and the Holocaust. This collection also provides a vivid exploration of the day-to-day lives of Sephardi women, men, boys, and girls in the Judeo-Spanish heartland of the Ottoman Balkans and Middle East, as well as the émigré centers Sephardim settled throughout the twentieth century, including North and South America, Africa, Asia, and Europe. The selections are of a vast range, including private letters from family collections, rabbinical writings, documents of state, memoirs and diaries, court records, selections from the popular press, and scholarship.

In a single volume, Sephardi Lives preserves the cultural richness and historical complexity of a Sephardi world that is no more.

Sarah Abrevaya Stein is Professor of History and Maurice Amado Chair in Sephardic Studies at UCLA.

"Contemporary Sephardic Jews are likely to know little about the histories of their recent ancestors in the Ottoman Empire, beyond some anecdote or other passed down by a previous family generation . . . A book such as Sephardic Lives offers us an extremely engaging glimpse into the private, social, and cultural existences of our forebears and, like an archeological dig, uncovers fascinating details which together weave the rich tapestry of Sephardic life in the Ottoman Empire and beyond."

"Cohen and Stein trace the history, culture, and politics of Sephardic Jewry from Spain into the Mediterranean and the greater world. The book contains 153 short documents in which human faces in complex lives take shape in highly readable translations . . . Recommended."

"This collection is a most welcome contribution to Jewish studies in general and Sephardi studies in particular . . . The texts are very well chosen, presented in clear language, and each one is enhanced by an informative introduction and footnotes, providing reference notes regarding the source, its location in cases of archival sources and private collections, original language, and translator . . . It brings to light numerous aspects of Sephardi lives over a long period and broad geographical spectrum. It is an important contribution not only to Sephardi studies but to Jewish studies in general as well as to minority and cultural studies, and will most likely become a basic reference source."

"Sephardi Lives: A Documentary History, 1700-1950 is a gem of a book. It contains an expansive array of documents never before gathered together . . . with their translations from the many languages of the Sephardi world . . . This pioneering work by the editors Julia Phillips Cohen and Sarah Abrevaya Stein highlights a minority within a minority group, barely visible in standard Jewish history courses and texts, despite a flurry of excellent work in this field in the last few decades. With its depth and breadth of scholarship, Sephardi Lives both undergirds the studies that have preceded it and points the way forward. Indeed, the work has the potential to transform the teaching and understanding of modern Jewish history if it receives the attention it deserves."

"Sephardi Lives presents the reader with an outstanding collection of primary source documents portraying a broad spectrum of experience in the lives of the Judeo-Spanish population expelled from the Iberian peninsula during the late 14th and 15th centuries. In contrast to other documentary histories this compilation focuses not only on the political, the famous, and the infamous, but also on the everyday affairs of the people . . . Rich and heterogeneous, this wonderful compilation is an outstanding endeavor to preserve a history and culture that might otherwise be lost. With notes and extensive index, Cohen and Stein's collection of documents are essential to the study of the Sephardim, and to the understanding of culture and its synthesis."

"In their new anthology, Sephardi Lives: A Documentary History, 1700-1950, Professors Julia Phillips Cohen and Sarah Abrevaya Stein present a vivid picture of the diverse ways in which the Jews residing in (and migrating from) what they call the 'Judeo-Spanish heartland of Southeastern Europe, Anatolia, and the Levant' adjusted to the profound changes of their era. Drawing on memoirs, newspapers, and a variety of archival sources written in 15 different languages, they give us a broad overview of a world that is in danger of being forgotten."

"This extraordinary collection of texts, eloquently presented and analyzed, opens a window to the Judeo-Spanish communities of the late Ottoman and post-Ottoman world, and the multi-ethnic, multi-religious, and transnational world of the Mediterranean that the Sephardic Jews inhabited. Sephardi Lives greatly contributes to the scholarship of the lesser-studied culture of Ottoman Jews, their experience with the forces of modernity and the turbulent transition from empire to nation states, and ultimately, their destruction or dispersion from the Mediterranean. It will be an invaluable resource for students and scholars of modern Jewish, Middle Eastern, and Mediterranean history."

"Sephardi Lives covers a vast territory chronologically, geographically, and topically, ranging from secular and religious politics to everyday life. Highly engaging voices from eighteenth-century scholars and nineteenth-century divorcées to twentieth-century Ottoman draftees inform readers of the vast variety and richness of Sephardi experiences. For scholars as well as students, a pleasure to read."

"Sephardi Lives is a book like no other—the first documentary history of the modern Judeo-Spanish world. It is a work of staggering erudition and deep empirical reach that the editors' discerning, creative, and intelligent hands deliver to the reader with deft care and smooth subtlety. Hailing from Salonica to Seattle, the Congo to Mexico, the hundreds of people you will meet in this book open up the Sephardi experience of the last few centuries in all its cultural richness, global stretch, and political and economic complexity. This is a book of singular importance that will remain foundational for generations of students and scholars."

"Sephardi Lives, the finest documentary history I have ever seen, fills an important lacuna in the field of Jewish studies." 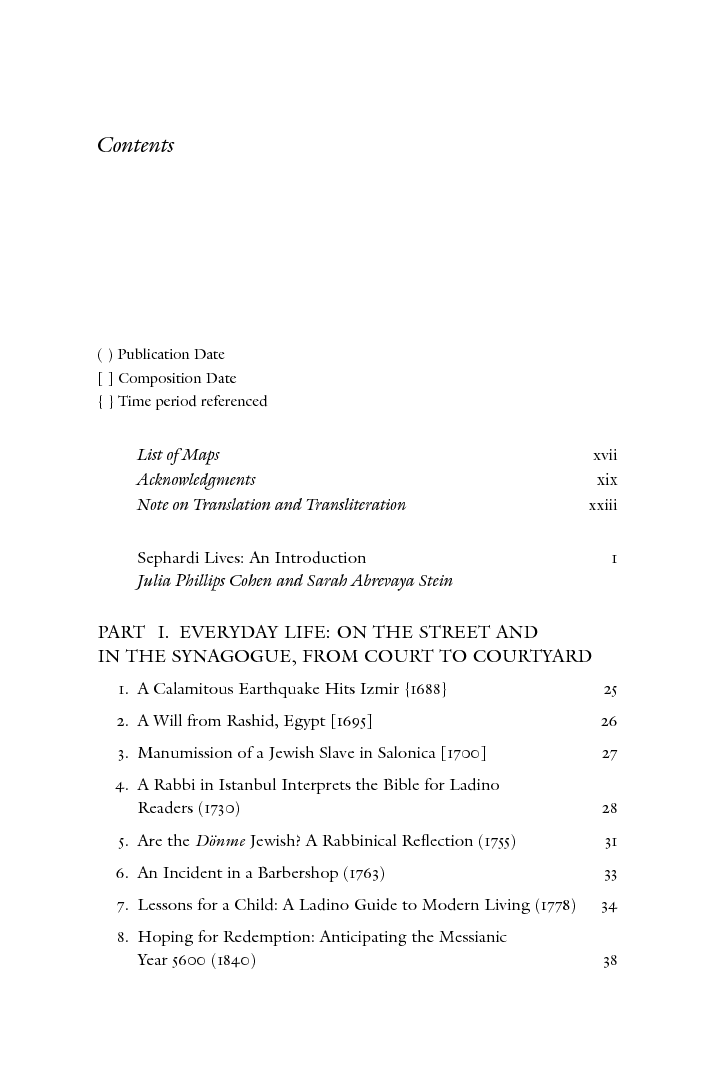 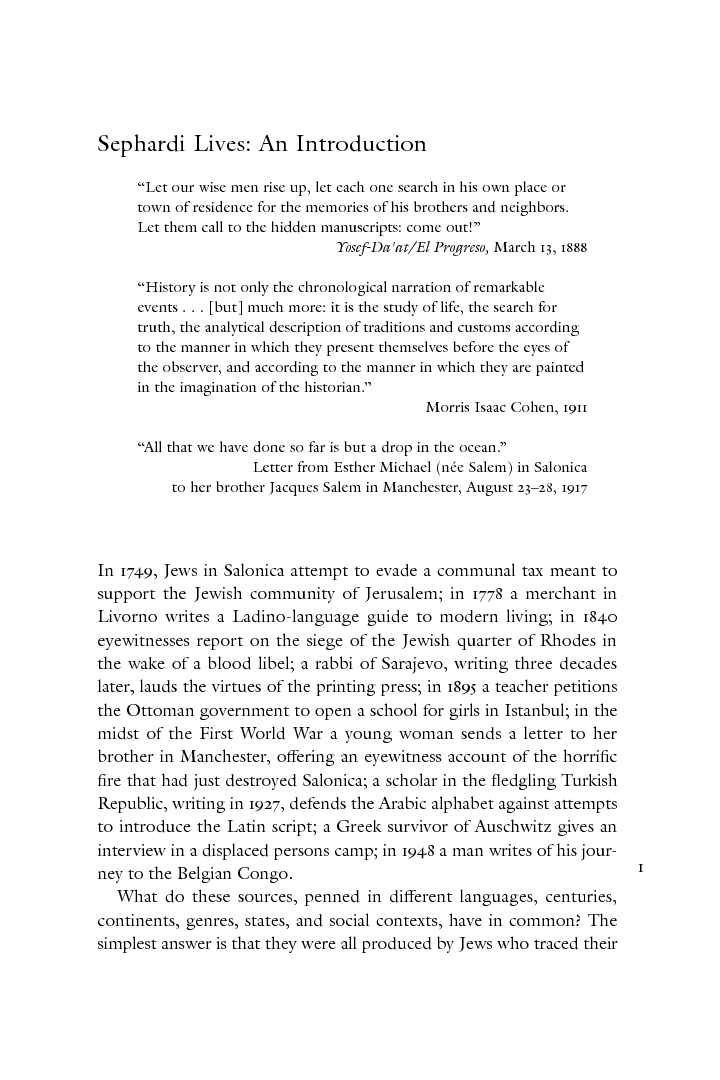 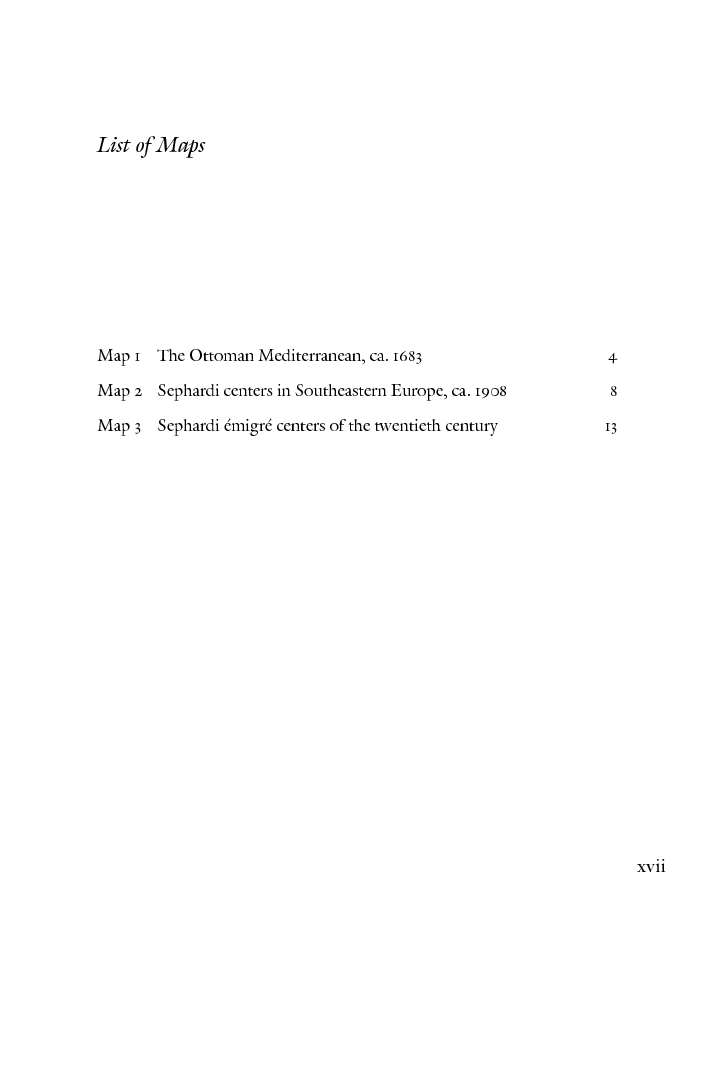