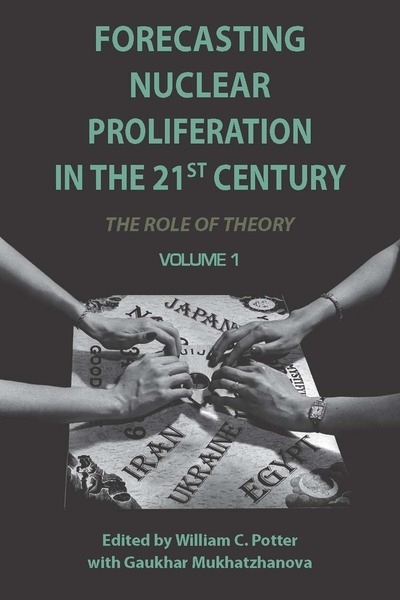 Forecasting Nuclear Proliferation in the 21st Century
Volume 1 The Role of Theory
Edited by William C. Potter with Gaukhar Mukhatzhanova

This volume provides the most comprehensive and up-to-date collection of theoretical perspectives regarding the sources of and propensity for nuclear proliferation. The authors probe the broader questions of why states pursue or abstain from nuclear weapons, as well as finer methodological issues involving concept definition and development, hypothesis testing, and generalization of findings. They draw upon both the extensive body of qualitative analysis and the inchoate but important work of a quantitative nature. Although the chapters do not all focus specifically on the relationship between one state's nuclear behavior and that of another, collectively the essays provide a better understanding of the limits of reactive proliferation as well as the circumstances under which weapons diffusion is most likely to occur. They also offer compelling arguments about what must be done in order to improve proliferation prognoses and propose new conceptual approaches toward that end.

Gaukhar Mukhatzhanova is a Research Associate at the James Martin Center for Nonproliferation Studies at the Monterey Institute of International Studies.

"Students, academics, and, yes, practitioners will find much to admire in the analysis contained in both volumes . . . The two volumes add to a rich qualitative literature on proliferation, while applying rigorous quantitative analysis to proliferation cases. The contributing factors for proliferation are widely acknowledged and include domestic drivers, economic and security concerns, as well as regime and leadership types . . . The two-volume set on Forecasting Nuclear Proliferation in the 21st Century is helpful in many valuable ways. There are sound analytical reasons for concluding that, despite the Iranian and North Korean nuclear programs, the sky is not falling, nor is it likely to fall over the next decade."

"This strong volume offers a diverse theoretical analysis of the proliferation literature—bringing together the most recent research on nuclear spread, and providing interesting policy-relevant ideas. Analysts, policy-makers, and students will find this volume insightful and useful."

"This impressive—nearly 800 pages—collective study aims at taking a fresh look at the causes of nuclear proliferation, with the goal of enhancing the ability of analysts and policymakers to forecast its future and improve its prevention. It effectively combines quantitative and qualitative approaches, and includes a systematic review of the literature, from the early studies of proliferation dynamics of the 1960s to the latest statistical analyses of the past decade, as well as a range of case studies that goes beyond the 'usual suspects' to include Australia, Ukraine and Yugoslavia." 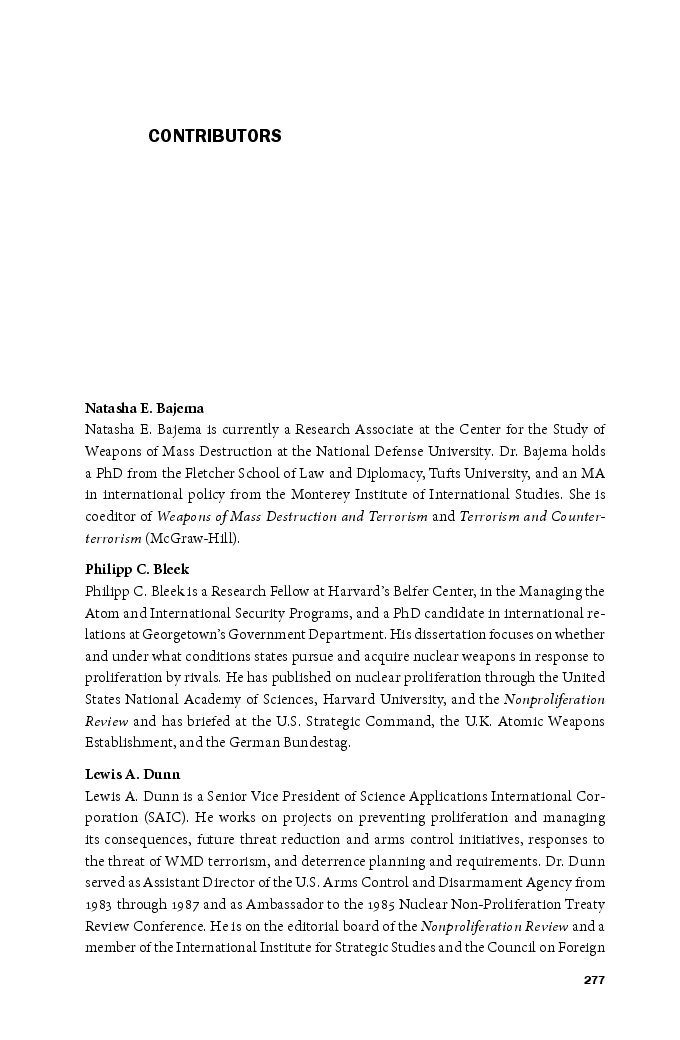 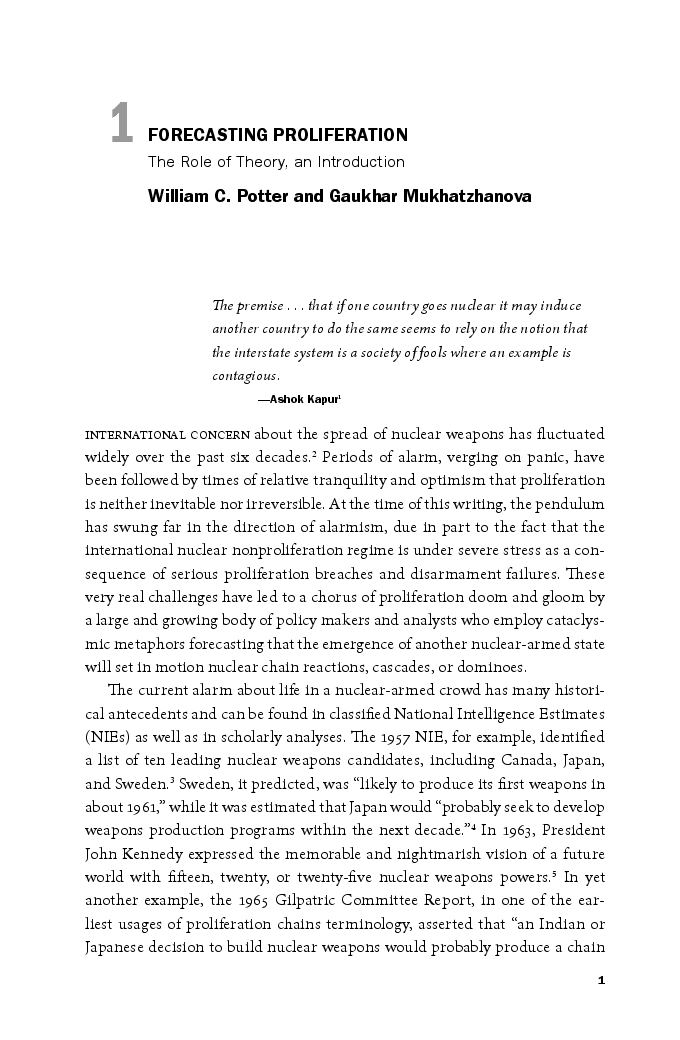 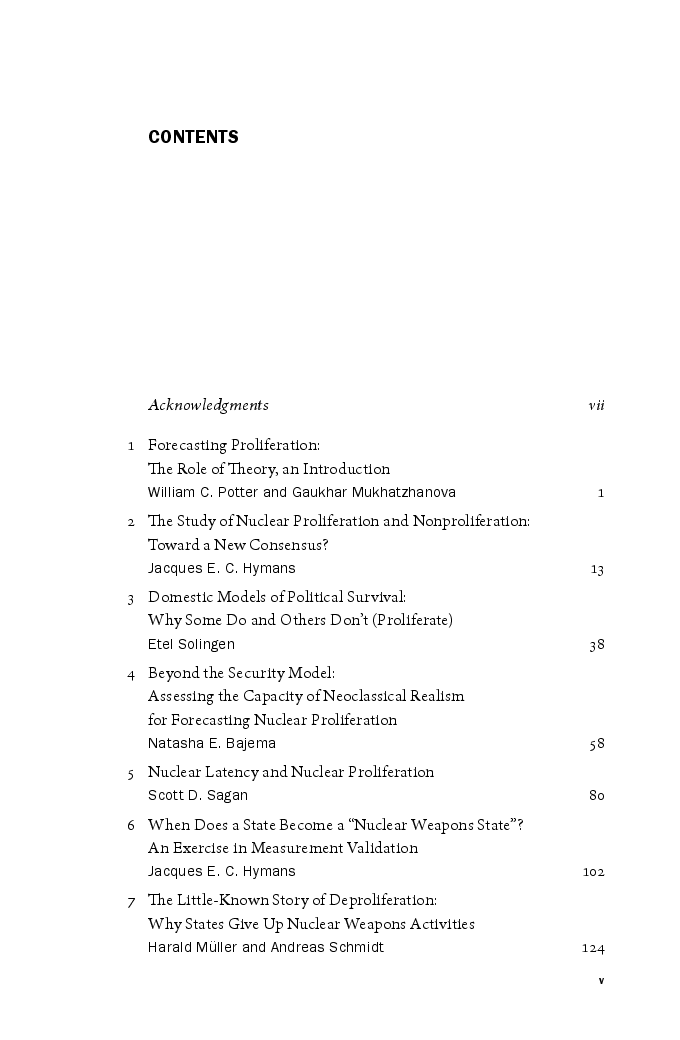