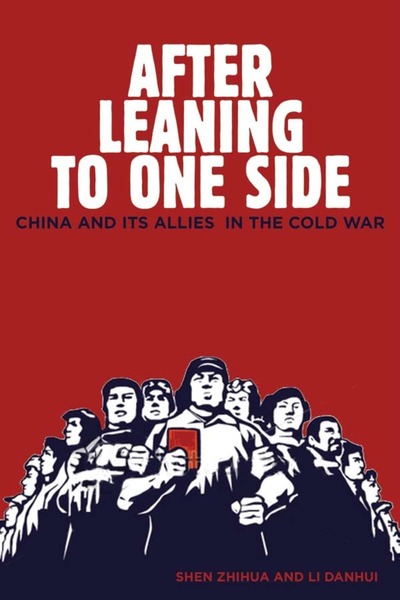 After Leaning to One Side
China and Its Allies in the Cold War
Zhihua Shen and Danhui Li
SERIES: Cold War International History Project

After Leaning to One Side traces the rise and fall of the Sino-Soviet alliance between 1949 and 1973, emphasizing tension over the Korean and Vietnam wars. Underscoring the theme of inherent conflict within the communist movement, this book shows that while that movement was an international campaign with an imposing theory and an impressive party structure, it was also a collection of sovereign states with disparate national interests. This book explains how this dissonance was further complicated by the unequal development of the Chinese and Soviet states and their communist parties, and traces some of China's actions to Mao's grasping at leadership of the communist movement after the death of Stalin.

Zhihua Shen is Professor of History at East China Normal University in Shanghai and directs the Center for Cold War International History Studies. He is the author of more than ten books.

"As the Cold War recedes into history, researchers have growing access to the archives of various participants. After several decades of research and at least one period of imprisonment, historian Zhihua Shen has obtained extensive records from both China and the former Soviet Union. This has allowed him and his wife, Danhui Li, to assemble an explanation of the tangled relationships between the two leading Marxist regimes, as well as Beijing's troubled partnerships with North Korea and North Vietnam. The resulting picture, while still incomplete, helps Westerners better understand their former adversaries . . . After Leaning to One Side is a further step in removing the veils that have obscured communist actions during the Cold War. The book also helps the reader understand the history and perceptions of one of the most powerful states in the current world scene."

"Often unmatched in their command of the Chinese and Russian sources, Shen and Li unpack the multilayered story of this difficult relationship, exposing previously unknown, or misunderstood, episodes, and shedding new light on dated historiographical debates. . . It is an important and lasting contribution to the field. . . Shen and Li's conclusions are likely to stand the test of time."

"This book reflects the best of the scholarship by two serious Chinese scholars of the Cold War international history. Based on newly available archives and historical material in Beijing and Moscow, this book has detailed China's alliance relationships during the heydays of the Cold War. No existing study has tackled the same topic as thoroughly and solidly as this one."