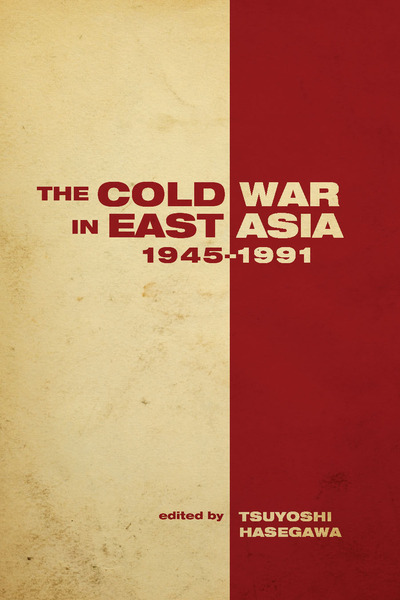 Each chapter, while focused on particular countries and particular timespans, situates its story within a broad overview. And the volume stresses the uniqueness of the region's historical experience and explains how it serves as the background to some of the key conflicts in East Asia today.

Tsuyoshi Hasegawa is Professor of History at University of California, Santa Barbara.

"The book consists of eleven essays on various aspects of the Cold War in Asia, plus a lengthy and informative introduction by Tsuyoshi Hasegawa . . . Together they constitute a remarkable, pioneering work about the Cold War in Asia based on a remarkably broad range of mostly newly available archival materials in Russia, China, Japan, and Korea. This is first-rate international history . . . In conclusion, this volume represents major accomplishments. All of the included essays are based on serious research in Asian and Russian primary sources. They deepen our understanding of the inner workings of all the countries involved and are well written . . . All in all, the authors deserve our congratulations for putting together such a stimulating group of essays, and Tsuyoshi Hasegawa deserves our gratitude for putting it all together."

"A studious and scholarly work from many historians and thinkers . . . The Cold War in East Asia, 1945–1991 is a fascinating and scholarly study of the era and its impact that will be felt for many years to come. Highly recommended."

"This edited volume provides a wealth of new information coming from fresh research in Japanese, American, East European, U.S., and Chinese archival and primary sources. This is an important contribution to the state of the field."

—Christopher Goscha, Associate Professor of History at University of Quebec at Montreal

"There is, clearly, a real need for a book of this sort and it will doubtless be welcomed by scholars in all of those fields, as well as international/diplomatic historians more broadly and area specialists and comparativists in Political Science."