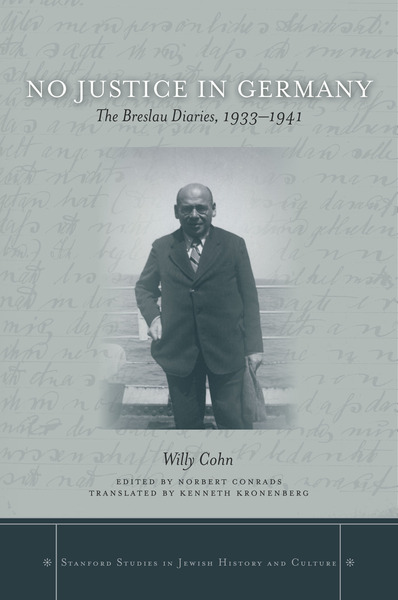 With great immediacy, the diaries of Willy Cohn, a Jew and a Social Democrat, show how the process of marginalization under the Nazis unfolded within the vibrant Jewish community of Breslau—until that community was destroyed in 1941. Cohn documents how difficult it was to understand precisely what was happening, even as people were harassed, beaten, and taken off to concentration camps. He chronicles the efforts of the community to maintain some semblance of normal life at the same time as many made plans to emigrate or to get their children out.

Cohn and his wife Gertrud were able to get their three oldest children out of Germany before it was too late. However, burying himself in his work chronicling the history of the Jews in Germany, his diaries, and his memoirs, Cohn missed his own chance to escape. In late 1941, he, Gertrud, and their two young daughters were deported to Lithuania, where they were shot.

Willy Cohn was a complex individual: an Orthodox Jew and a socialist; an ardent Zionist and a staunch German patriot; a realist but also an idealist often unable to cope with reality; a democrat and an admirer of certain Nazi policies and of their resoluteness. These contradictions and the wealth of detail that poured from his pen give us a unique view of those disorienting and frightening times in Germany.

Willy Cohn (1888–1941) was the most important writer of his generation to study and record the lives of the Jewish population of Breslau. A historian and educator, he knew the town and its Jewish community like no other.

Norbert Conrads is Professor Emeritus and former Chair of Early Modern History at the University of Stuttgart. He is author of numerous books on early modern Germany and Silesia. He has been awarded several prizes, including the doctorate honoris causa by the Polish University of Wrocław in 2011.

"It is rare that such perceptive and comprehensive accounts of this time period survive, and Conrads and Cronenberg help fulfill Cohn's desire to inform future generations about his experiences . . . This condensed diaries and helpful background information should also certainly encourage a wider readership and general audience."

'No Justice for Germany should stand alongside Victor Klemperer's I Will Bear Witness as a crucial diary from the Nazi years. Compassionate, snarky, intelligent, and complicated, it will prove to be a book of tremendous significance to researchers and students alike."

"Among an extraordinarily rich and diverse set of sources, the diary of Willy Cohn stands out. It constitutes important reading for scholars and students with an interest in the interrelated histories of German Jewry, the Third Reich, and the Holocaust . . . Thanks to Norbert Conrads, readers of English can now access Cohn's astute and sensitive reflections on the destruction of the Breslau Jewish community."

"Willy Cohn—historian, educator, and Social Democrat—recorded events under the Third Reich from his home town of Brelau, a prominent Jewish center of Germany, until he and his wife and two youngest children were deported to Lithuania where they perished . . . His dry account of everyday life—marriage, work, colleagues, relatives, and neighbors—provides chilling insight into the growing horror around him . . . Willy Cohn's diary, though lacking some of the wonder and youthfulness of Anne Frank's, is equally tragic, and valuable as an eyewitness to history."

"This is by far the most probing, insightful, and gripping diary of a Jewish intellectual who lived in Germany during the 1930s. Indispensable for anyone interested in how Jews active in community affairs fared under Nazism."

—Abraham Ascher, author of A Community under Siege: The Jews of Breslau under Nazism 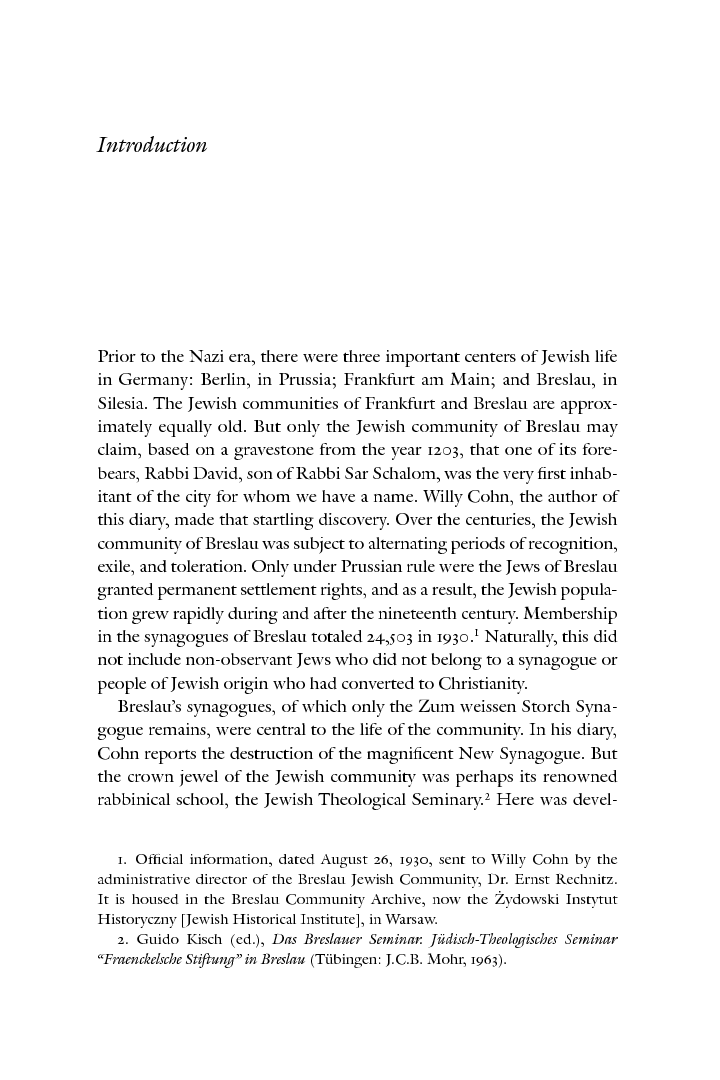 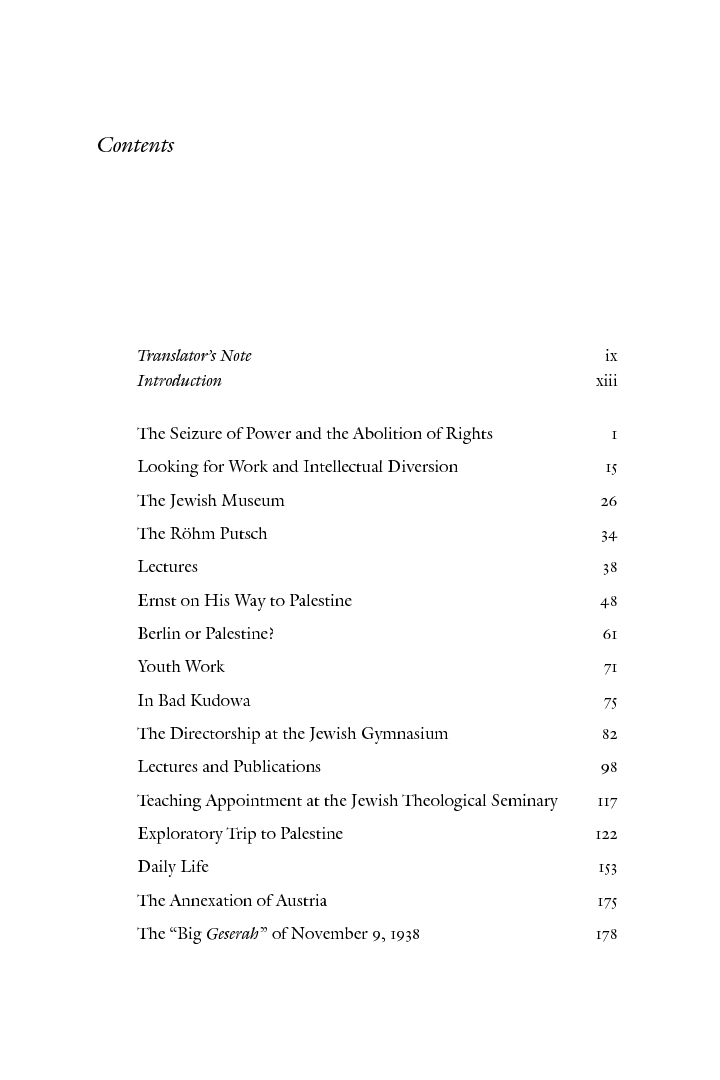