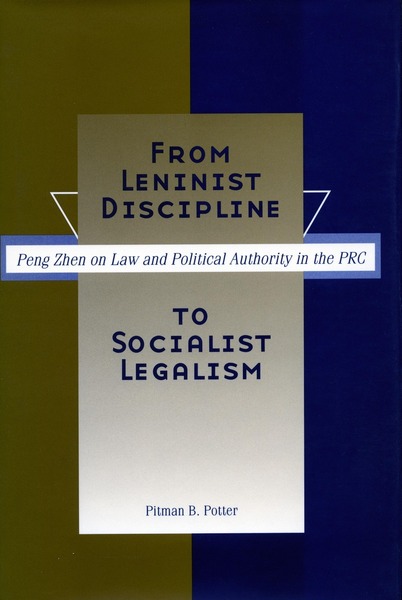 From Leninist Discipline to Socialist Legalism
Peng Zhen on Law and Political Authority in the PRC
Pitman B. Potter

This is the first full-length study in English of Peng Zhen (1902-97), a revolutionary comrade of Mao Zedong and Deng Xiaoping, and an influential legal policymaker in China during both men’s regimes. As one of the chief architects of PRC law and legal institutions during the 1950s and again in the 1980s, Peng left an indelible mark on the present legal system of China.

This book analyzes the evolution of Peng’s legal views from his days as a revolutionary in the 1930s and 1940s, through his participation in Communist rule during the 1950s, to his conflicts with Mao and his purge in 1966, and finally to his rehabilitation and resumption of legal reform activities in the 1980s and 1990s. Initially, Peng embraced Leninist notions of law and political authority. These ideas gradually evolved so that in the 1980s Peng advocated increased reliance on formal rules and procedures as mechanisms of governance.

Pitman B. Potter is Professor of Law and Director of the Institute of Asian Research at the University of British Columbia. His most recent book is The Chinese Legal System: Globalization and Local Legal Culture.