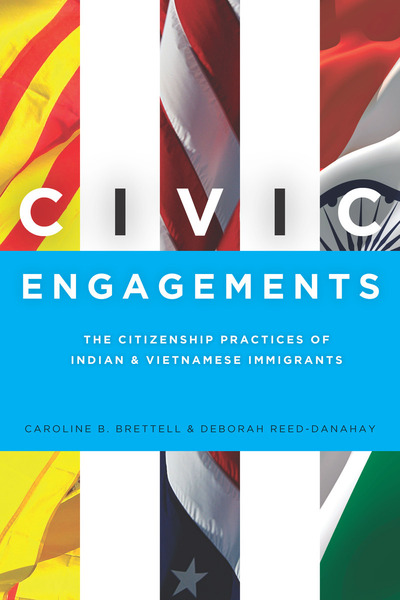 Civic Engagements
The Citizenship Practices of Indian and Vietnamese Immigrants
Caroline B. Brettell and Deborah Reed-Danahay

For refugees and immigrants in the United States, expressions of citizenship and belonging emerge not only during the naturalization process but also during more informal, everyday activities in the community. Based on research in the Dallas–Arlington–Fort Worth area of Texas, this book examines the sociocultural spaces in which Vietnamese and Indian immigrants are engaging with the wider civic sphere.

As Civic Engagements reveals, religious and ethnic organizations provide arenas in which immigrants develop their own ways of being and becoming "American." Skills honed at a meeting, festival, or banquet have resounding implications for the future political potential of these immigrant populations, both locally and nationally. Employing Lave and Wenger's concept of "communities of practice" as a framework, this book emphasizes the variety of processes by which new citizens acquire the civic and leadership skills that help them to move from peripheral positions to more central roles in American society.

Caroline B. Brettell is Professor of Anthropology at Southern Methodist University.

Deborah Reed-Danahay is Professor of Anthropology and Director of the Center for European Studies (CEUS) at the University at Buffalo, State University of New York.

"Civic Engagements is a well-written and analytically astute book that will interest scholars in a variety of fields dealing with immigration, race and ethnicity, and civic and political participation, as well as religion, cultural studies, gender, and the family."

"Overall, this is a well-written and well-organized book."

"Brettell and Reed-Danahay have written an insightful, inventive, and thought-provoking book. Exploring how immigrants to the US from Vietnam and India carve out places of civic engagement in the process of becoming American, their work reveals that immigrant incorporation into mainstream America begins in an unexpected place: the ethnic enclave. . . . Highly recommended."

"Brettell and Reed-Danahay have written a thoughtful and enlightening book based on detailed ethnographic research in one of America's new immigrant gateways. Through wonderfully rich case studies and careful analysis, Civic Engagements provides important insights into how Vietnamese and Indian immigrants are learning to become American while also maintaining strong ethnic identities."

—Nancy Foner, Hunter College and the Graduate Center of the City University of New York

"Civic Engagements is a graceful comparative look at two 'new American' communities. This book illustrates a crucial point about citizenship—that it is not to be measured simply by attainment of legal status but by engagement with others in activities that demonstrate belonging."

"Civic Engagements is an eye-opening study of how Indians and Vietnamese 'become American' in distinct ways while reinforcing a strong sense of their own ethnic identity. This is no zero-sum story of mainstream assimilation as a vanishing act of ethnicity, but of active involvement in the multiple centers that make up the civic sphere. Citizenship, as it emerges here, is not just about rights granted, but participatory actions taken by immigrants to establish a dual sense of belonging, in Dallas and in diaspora." 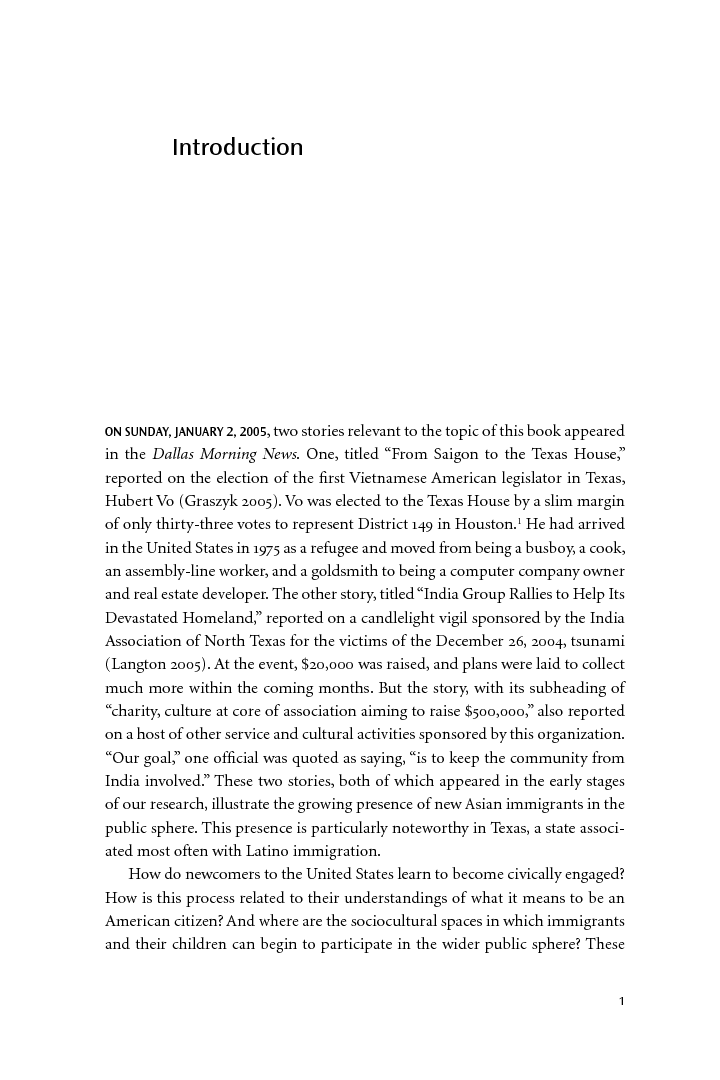 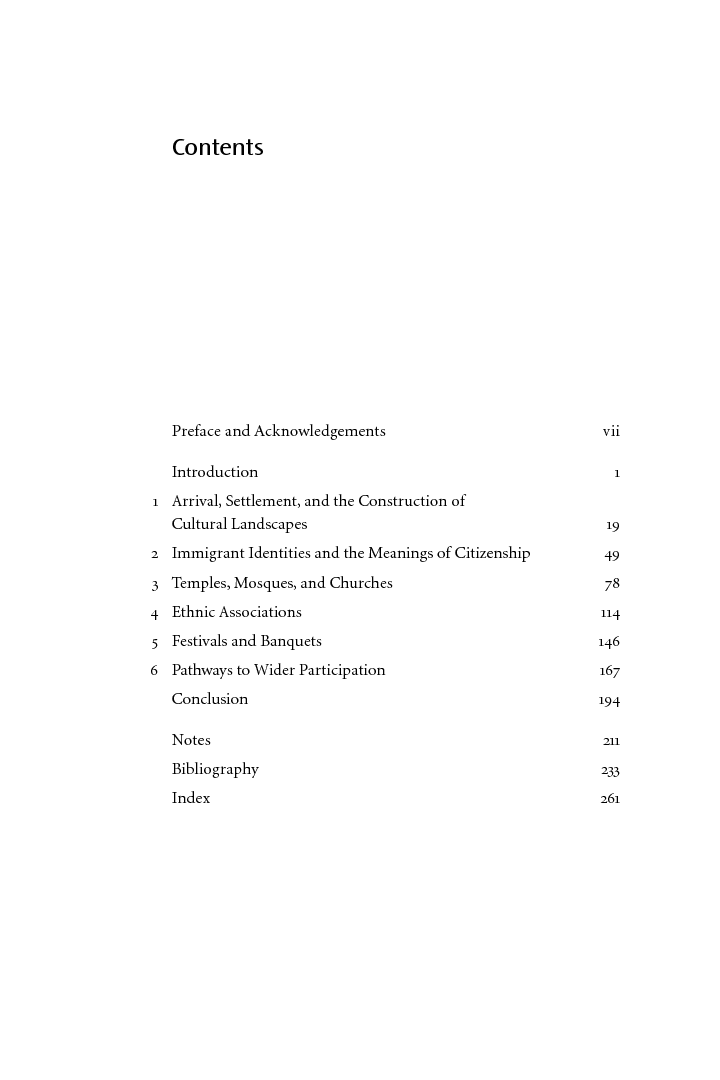