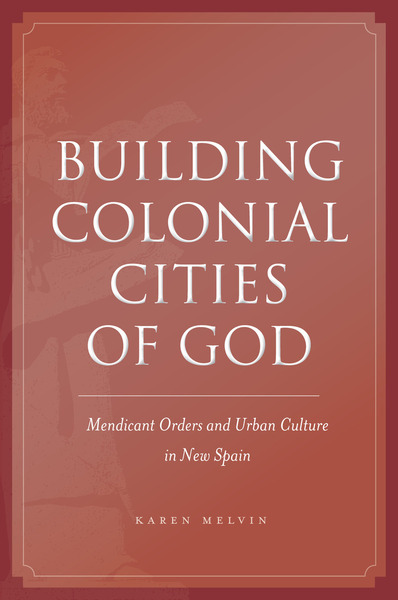 This book tracks New Spain's mendicant orders past their so-called golden age of missions into the ensuing centuries and demonstrates that they had equally crucial roles in what Melvin terms the "spiritual consolidation" of cities. Beginning in the late sixteenth century, cities became home to the majority of friars and to the orders' wealthiest houses, and mendicants became deeply embedded in urban social and cultural life. Friars ministered to urban residents of all races and social standings and engaged in traditional mendicant activities, serving as preachers, confessors, spiritual directors, alms collectors, educators, scholars, and sponsors of charitable works. Each order brought to this work a distinct identity that informed people's beliefs and shaped variations in the practice of Catholicism. Contrary to prevailing views, mendicant orders flourished during the seventeenth and early eighteenth centuries, and even the eighteenth-century reforms that ended this era were not as devastating as has been assumed.Even in the face of new institutional challenges, the demand for their services continued through the end of the colonial period, demonstrating the continued vitality of baroque piety.

Karen Melvin is Assistant Professor of History at Bates College.

"Melvin revises our understanding of the trajectory of both the Mexican church and of the mendicant enterprise in New Spain as a whole . . . Individual chapters in this book offer sophisticated and subtle portraits of urban religious life . . . Impressively researched, Melvin's study will be sure to revise our assumptions about the role of friars in New Spain as a whole—beyond the traditional focus on friars in the countryside, as language experts, or as missionaries to indigenous populations. The study will appeal broadly to social historians, sociologists of religion, and students of global religious history."

"This fine monograph contains much more about the particularities of each mendicant order's pious activities and identities, their relationships, and conflicts with each other, and their connections with the laity that cannot fit into a brief review. Historians interested in early modern religious orders of colonial Latin American religion will find this material valuable and this book in general a rewarding read."

"Melvin's subtle and detailed book addresses the culture of the distinct orders, the rivalries between them, and their relationships to the secular church and viceregal authorities . . . The conclusions are nuanced, and they make clear that the orders were distinctive in some ways, but also identifiable as part of shared mendicant traditions. In the end, we are left with a clearer understanding of these organizations whose functions were essential to the community of New Spain throughout the long colonial era."

"Melvin takes us beyond traditional emphases in space and time, moving from the rural to the urban and from the so-called 'golden age' of missionary activity in the sixteenth century into the rest of the colonial period. . . Melvin's book is a welcome addition to the scholarship on Spanish colonialism and early modern Catholicism. Built upon copious research across numerous archives, Building Colonial Cities of God opens a new vista onto mendicant presence in New Spain."

"Building Colonial Cities of God is engagingly and elegantly written, refreshingly free of the academic jargon and devout references to Michel Foucault that mark some the other books."

"Deep in primary research and offering a strikingly original interpretation of the role of mendicant orders at the generative heart of Mexico itself, Melvin's study ought to be consulted by all serious students of New Spain for the foreseeable future."

"Writing on the religious orders of New Spain is not an easy task. It demands solid research to examine the great variety of published and unpublished documents, books, article, and doctoral theses. That would be reason enough to appreciate this book of Karen Melvin. But the subject of her work is what deserves special mention. . . Melvin has dealt skillfully with this topic, studying the importance of mendicant orders in building the religious culture in urban centers of colonial Mexico."

"Karen Melvin gathers an impressive array of primary and secondary sources to offer new insights about the role of the mendicant orders in the development of urban religious and social life. . . Melvin is at her best in showing how each order attempted to distinguish itself from the others, yet considered themselves to be part of the global family of religious orders. . . Melvin has put together a well-researched and written volume that clearly supports her contentions and adds to current knowledge of the role and impact of religion in colonial Latin America."

"[Melvin] presents a nontraditional interpretation of this middle period for the mendicant orders. . . . Recommended." 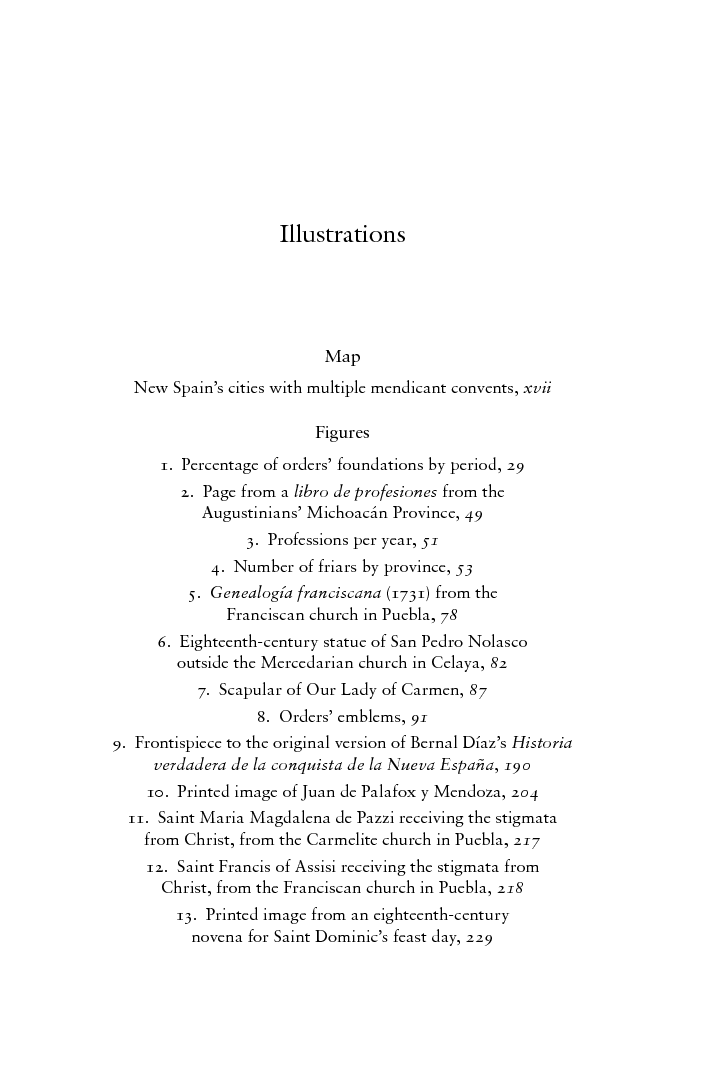 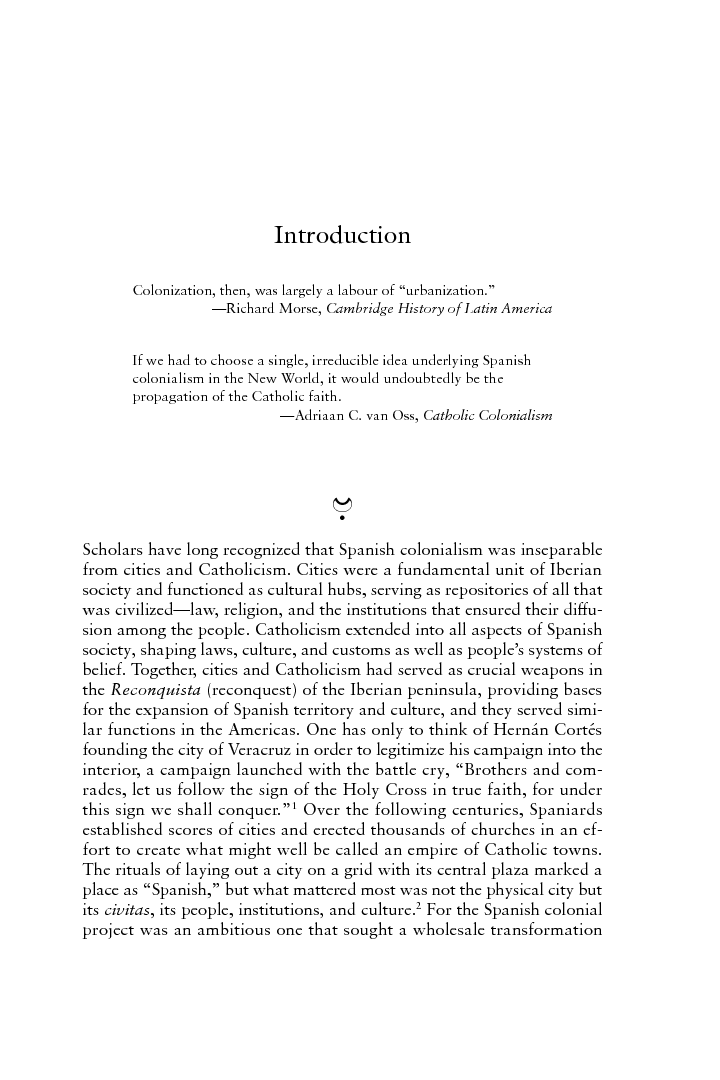 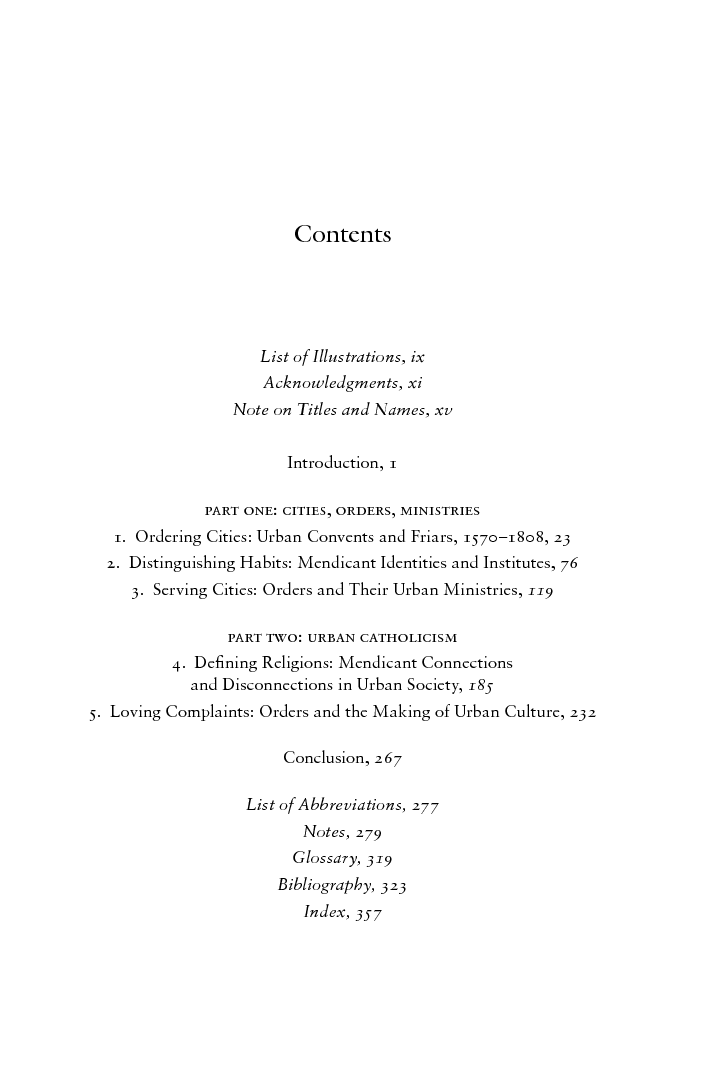