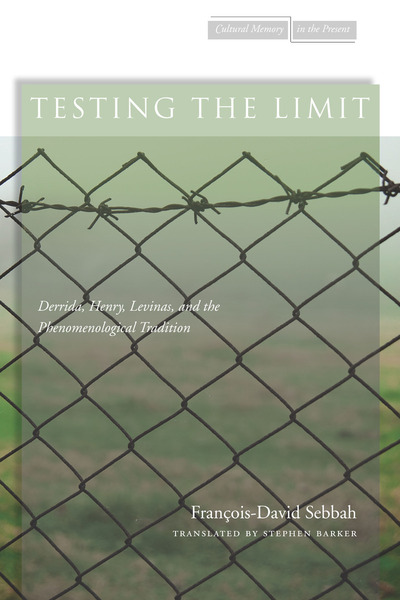 In exploring the nature of excess relative to a phenomenology of the limit, Testing the Limit claims that phenomenology itself is an exploration of excess. What does it mean that "the self" is "given"? Should we see it as originary; or rather, in what way is the self engendered from textual practices that transgress—or hover around and therefore within—the threshold of phenomenologial discourse? This is the first book to include Michel Henry in a triangulation with Derrida and Levinas and the first to critique Levinas on the basis of his interpolation of philosophy and religion. Sebbah claims that the textual origins of phenomenology determine, in their temporal rhythms, the nature of the subjectivation on which they focus. He situates these considerations within the broader picture of the state of contemporary French phenomenology (chiefly the legacy of Merleau-Ponty), in order to show that these three thinkers share a certain "family resemblance," the identification of which reveals something about the traces of other phenomenological families. It is by testing the limit within the context of traditional phenomenological concerns about the appearance of subjectivity and ipseity that Derrida, Henry, and Levinas radically reconsider phenomenology and that French phenomenology assumes its present form.

François-David Sebbah is Professor of Philosophy at the University of Compiègne in France and was Program Director at the International College of Philosophy in Paris. He is the author of Levinas: Ambiguïtés de l'altérité (2000).

"Sebbah's noteworthy book is perhaps the first sustained inquiry into the relationship between three thinkers in the French phenomenological tradition, two of whom are well known in the Anglophone world (Levinas, Derrida) and one of whom (Henry) is gradually better understood by English-speaking audiences. That all three are arrayed together in this study makes it a pioneering enterprise and one that allows the English reader to apprise the worthiness of Henry's association with his better-known compatriots."

"Convincing and well executed. A wide range of texts and thinkers is treated with evident familiarity and thought. . . This book makes an important contribution to the larger debate about the contemporary status and trajectory of phenomenology."

"François Sebbah, who practices phenomenology above all through a testing of readings—readings that jostle each other—uses phenomenology to experience limits that he neither denounces nor overcomes. Rather, he plunges in headfirst, engulfing himself so as to better draw on that experience, an a-theological baptism of sorts." 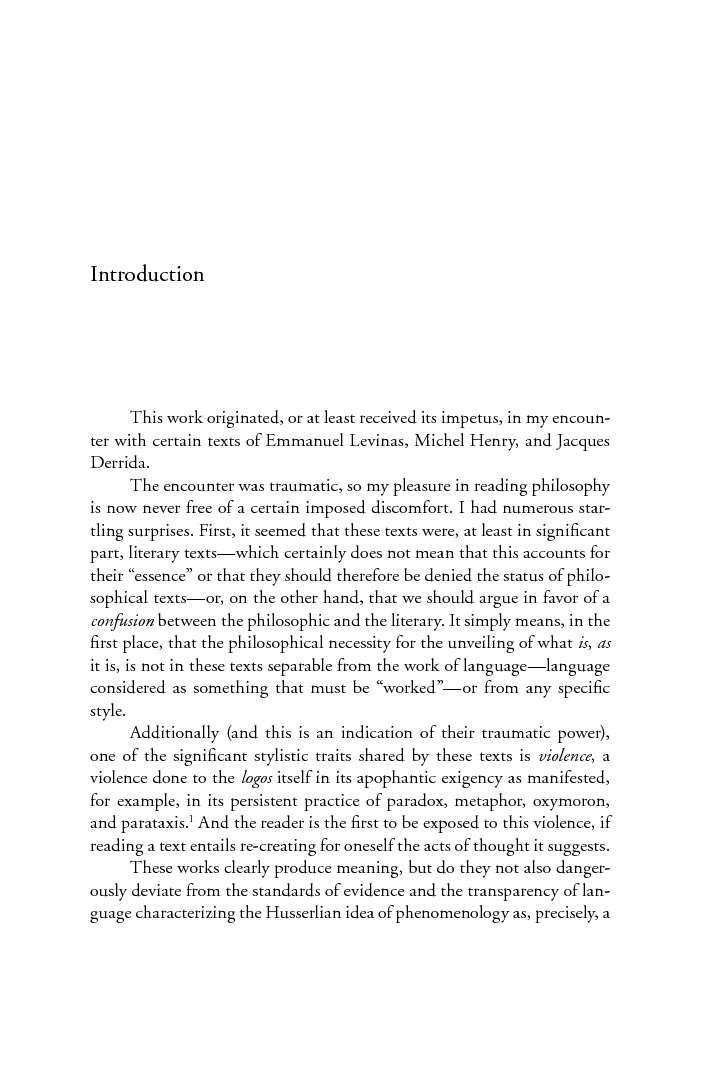 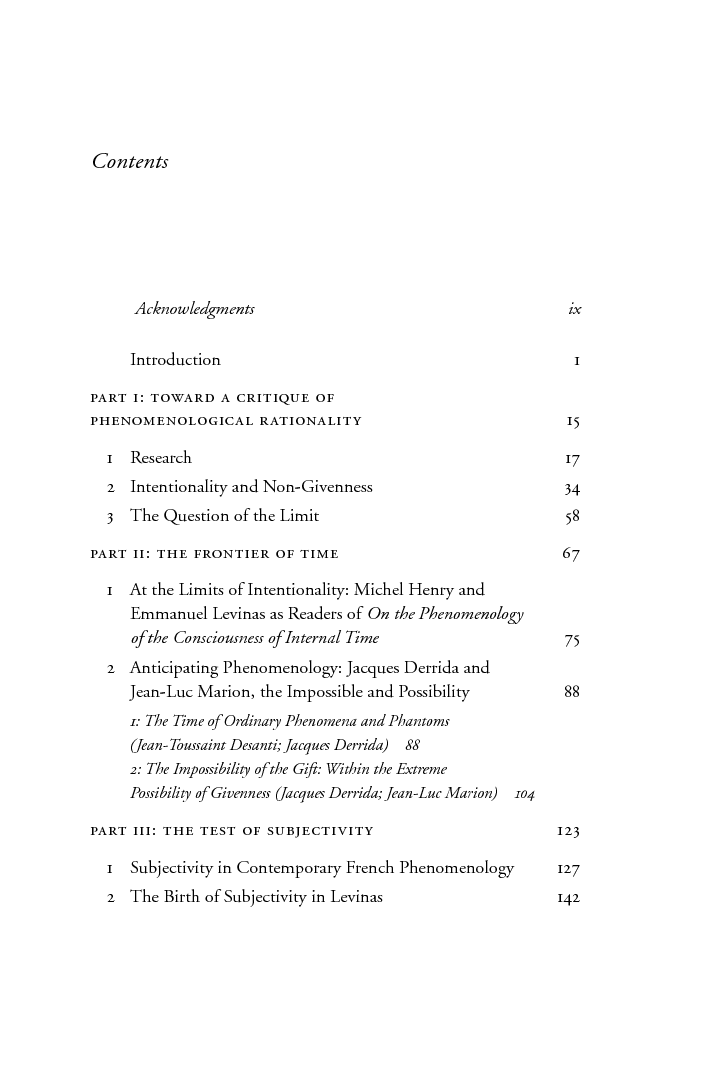