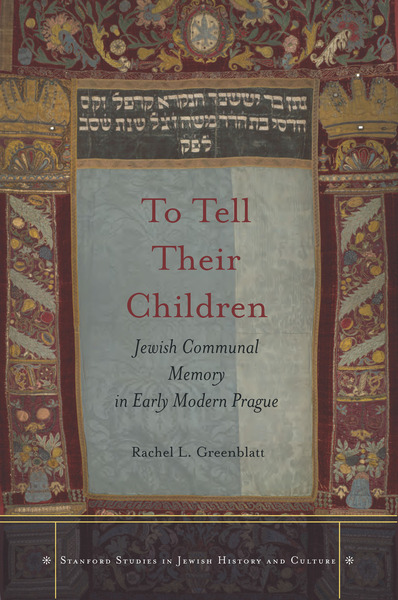 This book offers an examination of Jewish communal memory in Prague in the century and a half stretching from its position as cosmopolitan capital of the Holy Roman Empire (1583-1611) through Catholic reform and triumphalism in the later seventeenth century, to the eve of its encounter with Enlightenment in the early eighteenth. Rachel Greenblatt approaches the subject through the lens of the community's own stories—stories recovered from close readings of a wide range of documents as well as from gravestones and other treasured objects in which Prague's Jews recorded their history. On the basis of this material, Greenblatt shows how members of this community sought to preserve for future generations their memories of others within the community and the events that they experienced.

Throughout, the author seeks to go beyond the debates inspired by Yosef Hayim Yerushalmi's influential Zakhor: Jewish History and Jewish Memory, often regarded as the seminal work in the field of Jewish communal memory, by focusing not on whether Jews in a pre-modern community had a historical consciousness, but rather on the ways in which they perceived and preserved their history. In doing this, Greenblatt opens a window onto the roles that local traditions, aesthetic sensibilities, gender, social hierarchies, and political and financial pressures played in the construction of local memories.

Rachel L. Greenblatt is Associate Professor of Near Eastern Languages and Civilizations at Harvard University.

"Rachel Greenblatt's gracefully written, carefully researched, and cogently argued monograph on Jewish communal memory in sixteenth- and seventeenth-century Prague transforms the way we think about Jewish historical writing in early modern Central Europe . . . The Jews of early modern Prague did not write history in a Rankean sense, but as Greenblatt convincingly argues in her lucid and original book, Prague's Jewish men and women recorded local events with posterity in mind, in an effort to perpetuate the memories of their loved ones and to commemorate their values and virtues."

"This book addresses the intertwined yet competing concepts of history and memory and explores questions of how Jews recorded and remembered the past. Rachel L. Greenblatt offers a corrective to earlier assumption that premodern Jews were not concerned with recording history . . . To Tell Their Children is an important scholarly contribution. It raises important methodological questions about historical sources—what is created and preserved and, thus, what is remembered and forgotten."

"In To Tell Their Children: Jewish Communal Memory in Early Modern Prague, Rachel L. Greenblatt looks at the war in an entirely new way, as she demonstrates that the Prague Jewish community was particularly focused on telling its own history in relation to the events of the Thirty Years War . . . Her book is handsomely illustrated with excellent black-and-white reproductions of title pages, gravestones and Hebrew texts. Recent scholarship has taken the study of religion in Central and Eastern Europe to new levels of sophistication, and Greenblatt's fascinating study may be read with great interest . . . To Tell Their Children offers unusual insights into how Jewish communal memory related to the events of Habsburg history and the Thirty Years War, while analyzing the dynamics of Jewish historical remembrance."

"To Tell Their Children weaves a fascinating tale of the interplay between individual and communal memory and the topographies of Jewish space. Prague was home to the largest and most culturally creative Ashkenazic community in early modern Central Europe. Beautifully written and richly detailed, Greenblatt's creative approach provides a wonderful entry to the world of Prague Jews and the means by which they perpetuated their historical memories."

" ... the book tells a fascinating story that derives its power and coherence from the way the author combines and rearranges her sources across each chapter."

"To Tell Their Children makes the Jewish story of Prague accessible for an Anglophone audience through its comprehensive compilation of dispersed secondary literature primarily from Czech and German scholarship, and the valuable publication of numerous extracts from the still little known Prague sources. However, this book is much more than a synthesis. It weaves together the multiple memories from Prague's early modern Jewish community in a way that illuminates the connections between individual and communal, and biblical and historical pasts. Moreover, it successfully brings the Jewish story into contact with stories of early modern Prague told from outside the boundaries of the Jewish Quarter. Greenblatt's work is a rich contribution to the study of early modern Jewish memory and shows how Prague is an ideal case study for reintegrating Jewish and Christian experiences of the early modern period in the Habsburg lands." 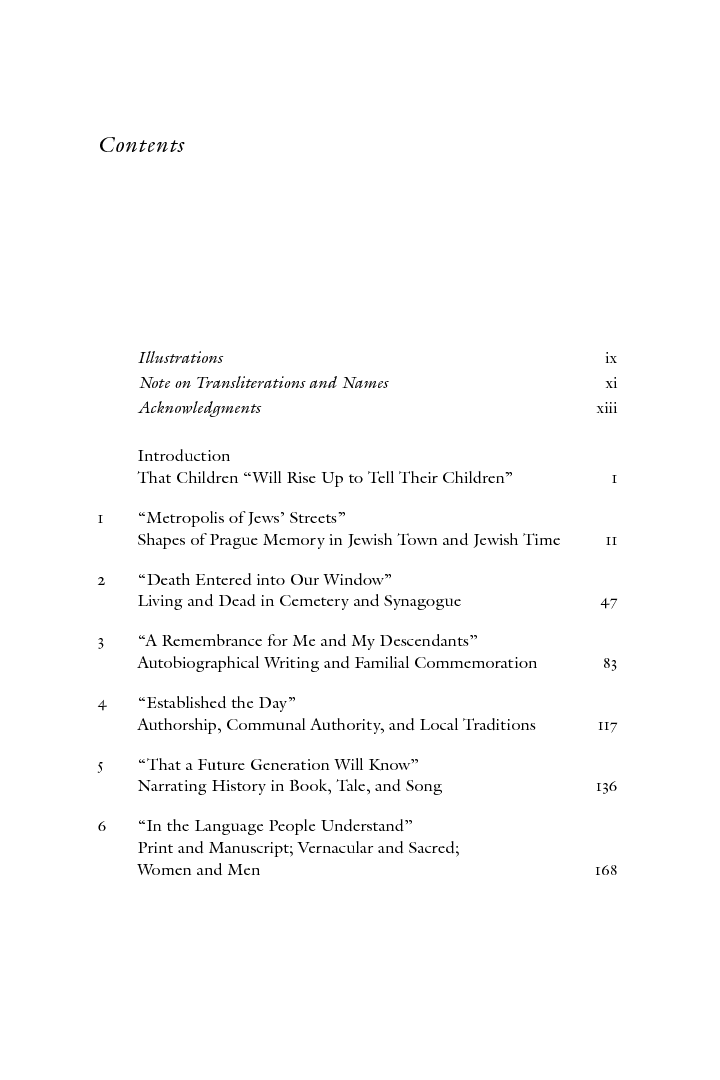 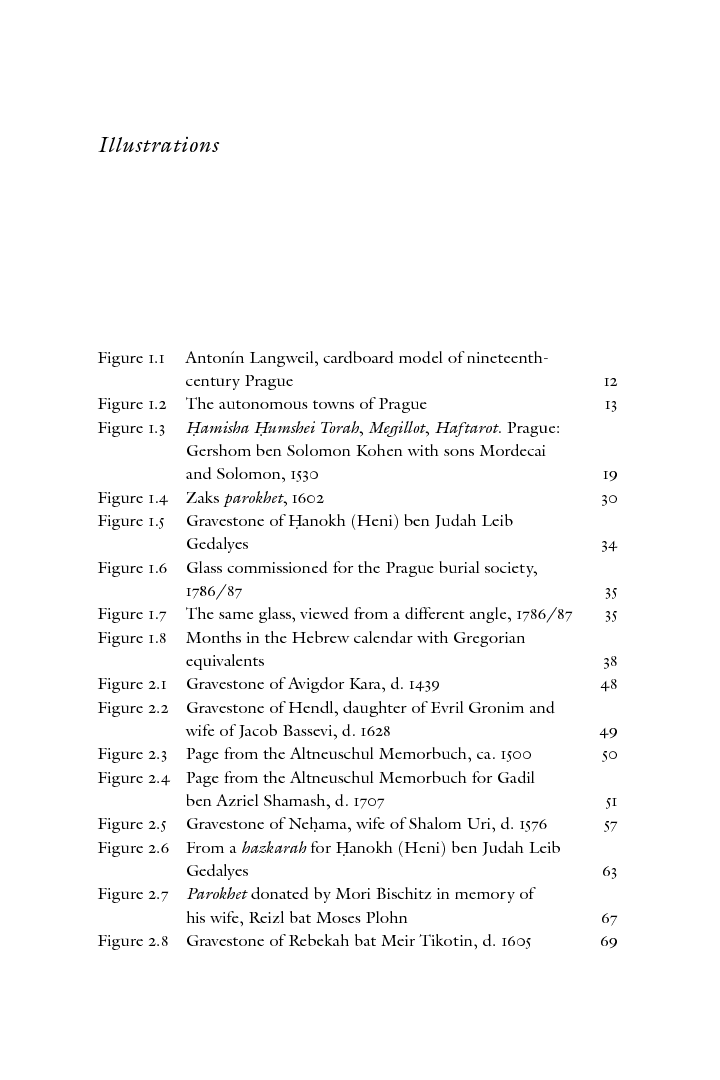 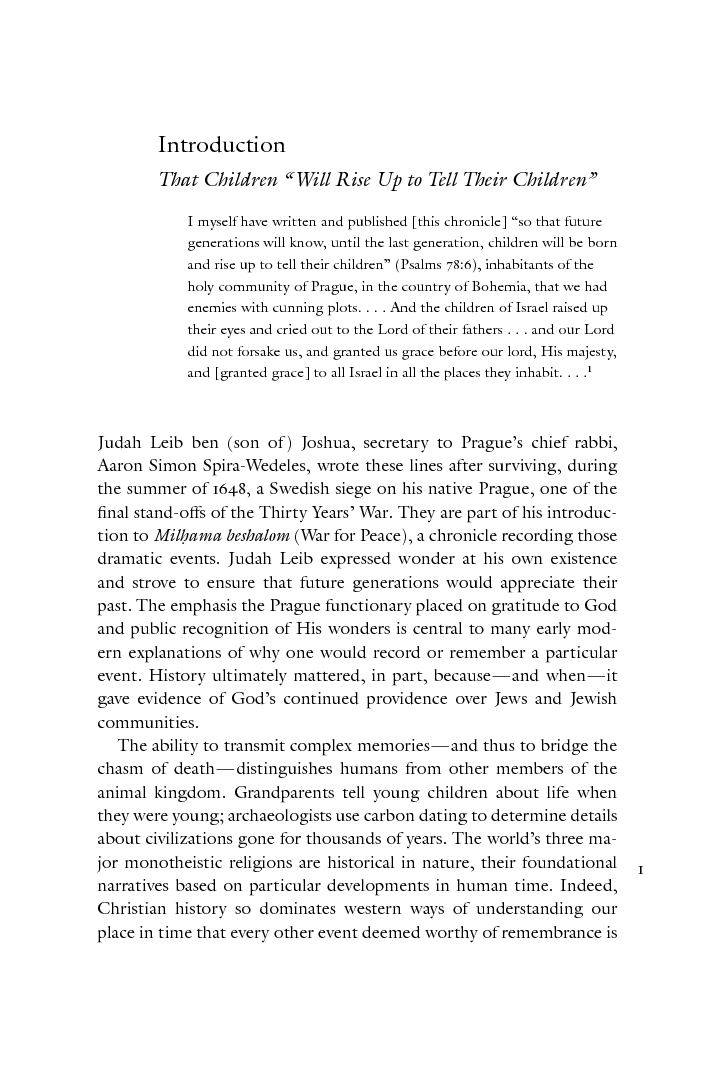