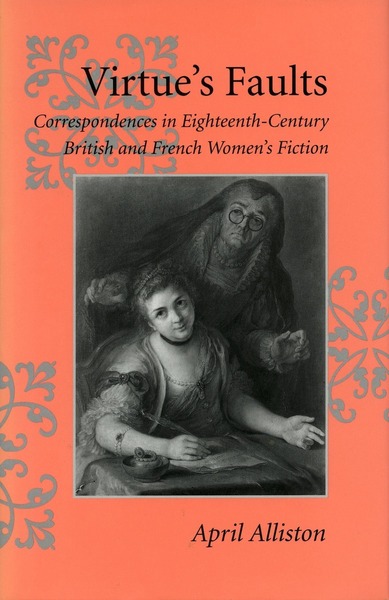 This study focuses on fiction written by women in the eighteenth century to demonstrate how authors of the period implicitly examined and resisted patrilineal models of relationship, including the notions of literary tradition and of women’s place in the family and the domestic sphere. The author’s analysis of fiction from Lafayette to Austen argues that the concept of “correspondence,” as exemplified in epistolary fiction, leads to a deeper understanding of the connections among French and English women’s works of the period.

The author shows how coherences of plot, theme, form, and image link a group of over 100 little-known novels representing textual exchanges between female characters to form a subgenre of French and English epistolary fiction, a “fiction of women’s correspondence.” More canonical works, beyond the strict confines of form and period that define this subgenre, are reconsidered in relation to it, notably Lafayette’s The Princess of Clèves, which is alluded to by several of the later writers. The author also shows how works by Staël and Austen at the turn of the nineteenth century display significant affiliations with the texts of “women’s correspondence,” even as they represent a turning away from the conventions that characterize the earlier subgenre.

April Alliston is Professor of Comparative Literature at Princeton University. She is the editor of a critical edition of The Recess by Sophia Lee (2000), one of the books discussed in the present volume.

“This is a work of high importance, both methodologically and substantively. Not only does it perform a rescue operation on little-known novels by English and French women of the late eighteenth century, it contextualizes them so richly that it sheds new light on such familiar books as Corinne and The Princess of Clèves. It contributes to the history of sensibility as well as that of women’s writing, and it makes its contributions in highly readable fashion, in lucid, energetic prose.”—Patricia Meyer Spacks, University of Virginia