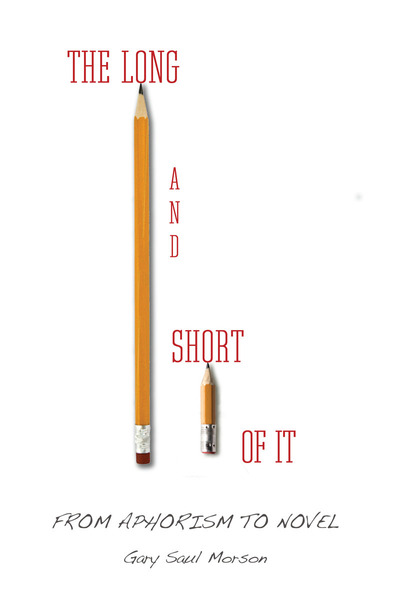 Brevity may be the soul of wit, but it is also much more. In this exploration of the shortest literary works—wise sayings, proverbs, witticisms, sardonic observations about human nature, pithy evocations of mystery, terse statements regarding ultimate questions—Gary Saul Morson argues passionately for the importance of these short genres not only to scholars but also to general readers.

We are fascinated by how brief works evoke a powerful sense of life in a few words, which is why we browse quotation anthologies and love to repeat our favorites. Arguing that all short genres are short in their own way, Morson explores the unique form of brevity that each of them develops. Apothegms (Heraclitus, Lao Tzu, Wittgenstein) describe the universe as ultimately unknowable, offering not answers but ever deeper questions. Dicta (Spinoza, Marx, Freud) create the sense that unsolvable enigmas have at last been resolved. Sayings from sages and sacred texts assure us that goodness is rewarded, while sardonic maxims (Ecclesiastes, Nietzsche, George Eliot) uncover the self-deceptions behind such comforting illusions. Just as witticisms display the power of mind, "witlessisms" (William Spooner, Dan Quayle, the persona assumed by Mark Twain) astonish with their spectacular stupidity.

Nothing seems further from these short works than novels and epics, but the shortest genres often set the tone for longer ones, which, in turn, contain brilliant examples of short forms. Morson shows that short genres contribute important insights into the history of literature and philosophical thought. Once we grasp the role of aphorisms in Herodotus, Samuel Johnson, Dostoevsky, and even Tolstoy, we see their masterpieces in an entirely new light.

Gary Saul Morson is the Frances Hooper Professor of the Arts and Humanities at Northwestern University. He has published nine books on major Russian authors, the human experience of time, and the cultural role of quotations, most recently The Words of Others: From Quotation to Culture (2011). Morson received a lifetime achievement award by the American Association of Teachers of Slavic and Eastern European Languages and his Narrative and Freedom: The Shadows of Time (1994) won the René Wellek Prize from the American Comparative Literature Association.

"A book remarkable for its originality, breadth, insight, and engaging style . . . Succeeds not just in making readers think more clearly about the nature of the short genres and how they relate to each other, but also in showing how they can inform and even help structure longer works."

"Among living American Scholars of Russian literature, Gary Saul Morson has earned a reputation as one of the most thoughtful and productive among us. . . Morson's book is fun to read. It is thought-provoking and illuminating but delights over and over again with its sparkling specimens, culled from the whole literary heritage of man-kind, chiefly western, but with a few Asian gems from Confucius and Lao Tzu thrown in. . . Morson writes well, vividly, and without jargon. . . I thoroughly enjoyed this book and have been enlightened by it."

"Morson's delightful study, which aims to classify and examine [aphorisms], is both a work of serious scholarship and a feast itself . . . The Long and Short of It leaves readers illuminated and humbled, amused and enlightened and with their sense of literature's richness—its ironies and foibles, its mysteries and truths—enhanced."

"This shrewdly analytic, generously appreciative inventory of a dozen microgenres breaks lots of new ground. Morson not only discriminates dictum from witticism, maxim from summons and thought, but also shows how aphorists in a wealth of cultures have invoked generic tradition and infighting to score points. He furthermore illuminates the role played by aphorisms, and the outlooks they epitomize, in the narrative shaping of works from Oedipus and Job to Middlemarch and Boswell's Johnson."

"Gary Saul Morson has created a passionate, imaginative book, full of energy and wisdom. The Long and Short of It is an exciting, horizon-opening essay on literary short forms that provide an interface between literature and philosophy." 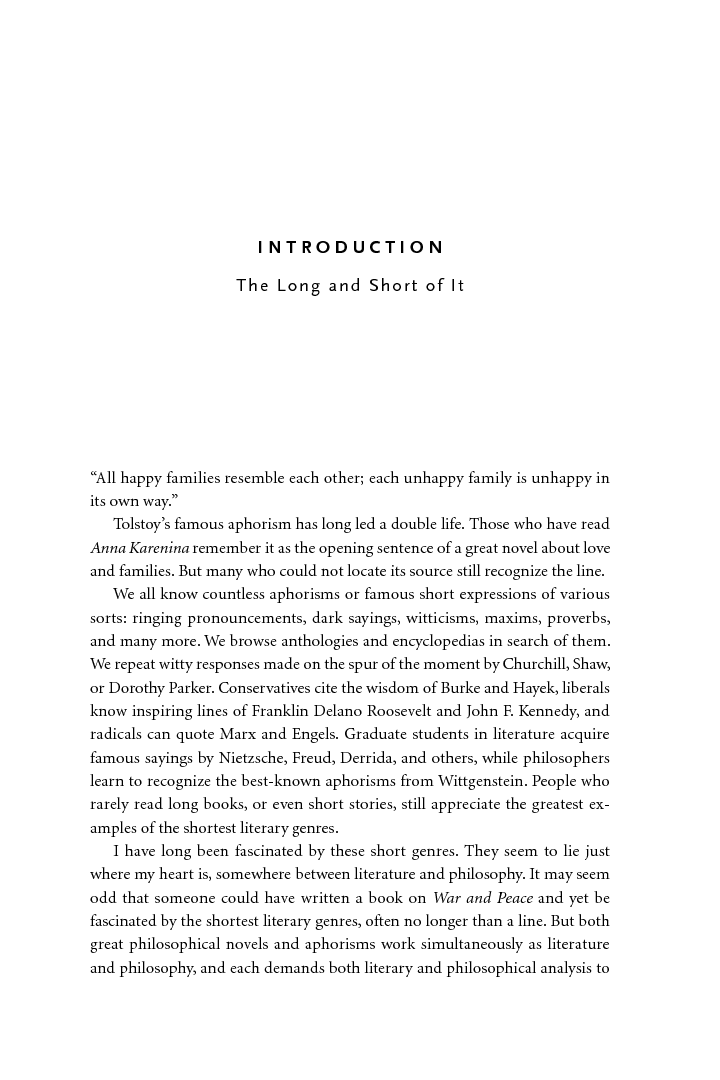 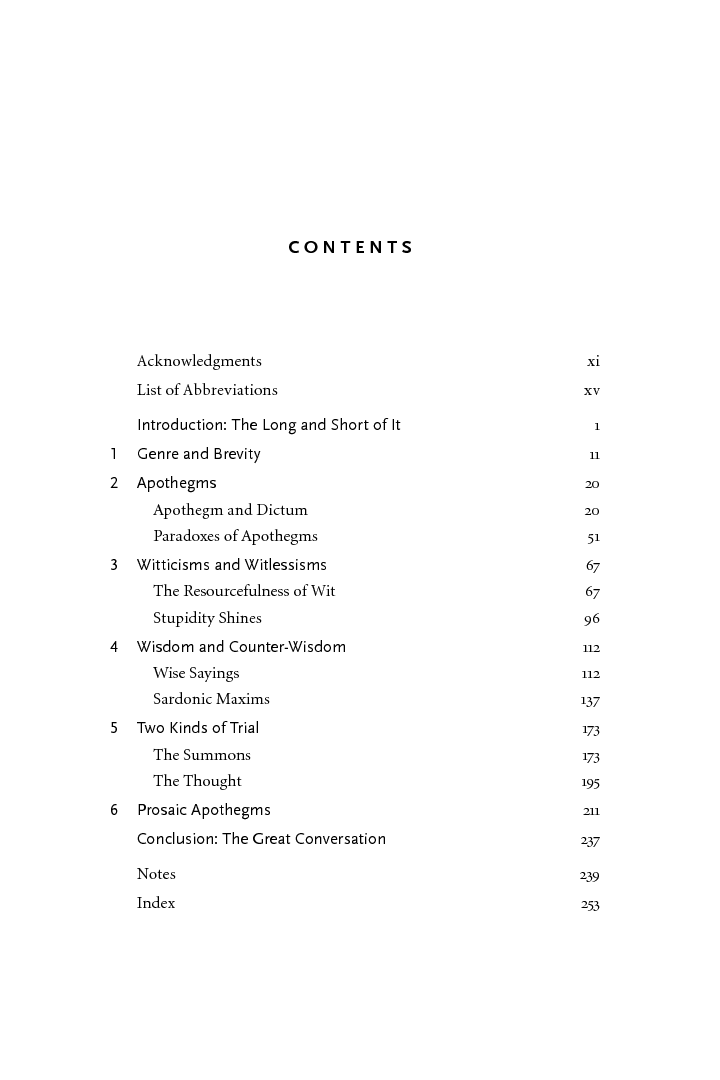