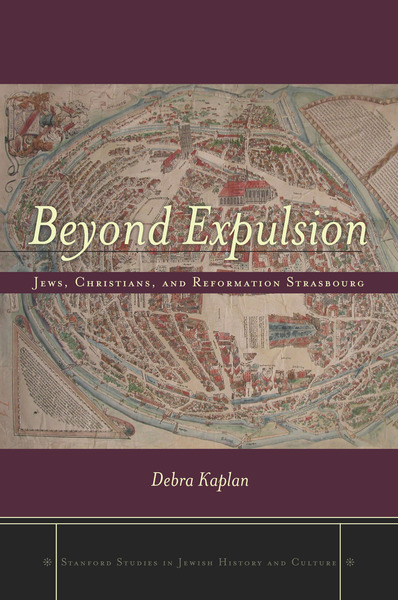 Beyond Expulsion is a history of Jewish-Christian interactions in early modern Strasbourg, a city from which the Jews had been expelled and banned from residence in the late fourteenth century. This study shows that the Jews who remained in the Alsatian countryside continued to maintain relationships with the city and its residents in the ensuing period. During most of the sixteenth century, Jews entered Strasbourg on a daily basis, where they participated in the city's markets, litigated in its courts, and shared their knowledge of Hebrew and Judaica with Protestant Reformers. By the end of the sixteenth century, Strasbourg became an increasingly orthodox Lutheran city, and city magistrates and religious leaders sought to curtail contact between Jews and Christians. This book unearths the active Jewish participation in early modern society, traces the impact of the Reformation on local Jews, discusses the meaning of tolerance, and describes the shifting boundaries that divided Jewish and Christian communities.

"Kaplan paints a detailed picture of how Jews and Christians lived in early modern Strasbourg and of the intertwined intellectual and religious lives they led. Kaplan's writing is concise and accessible, making his a model study of Jewish-Christian relations in medieval and early modern Europe."

"Using a wide range of archival sources including documents from court cases, government mandates, and private papers, Kaplan reconstructs the experience of Alsatian Jews in the sixteenth and early seventeenth centuries."

"Kaplan has sifted through a mountain of primary source material, much of which is unpublished, to produce an important work that sheds light on Jewish-Christian relations in Reformation Strasbourg. She skilfully navigates the reader through a sea of seemingly contradictory evidence that affirms the presence of Jews in a city without Jews."

"[U]ntil now surprisingly few scholars have attempted to answer the questions "Where did [Jews expelled from German cities] all go and what were the consequences?" Debra Kaplan's new book not only directly takes on these queries but does so in an impressively documented yet nuanced treatment . . . [T]his is an admirable and very useful book. Kaplan's analysis is consistently evenhanded, her argument compelling, and her prose fluid and admirably succinct, particularly considering the geographical and topical scope of the monograph. Undergraduates, as well as scholars and doctoral students, will find its descriptions and argument well worth the investment of their time."

"In this engaging and well-crafted book Debra Kaplan addresses a number of themes that have become central in the study of early modern Jewish history. While building upon the important scholarship of the past generation on the theme of Jewish and Christian interactions, she offers new insights through the examination of significant developments in a rich historical and geographical context . . . [T]his volume is a welcome addition to the field and it is highly recommended."

"Beyond Expulsion challenges a number of preconceptions in both Jewish and Reformation history. In historiography of the Reformation, Jews are almost never present. Kaplan inserts Jews into the narrative of Reformation Strasbourg, challenging the prevailing story that once Jews were expelled from a place, their history there ended as well. Kaplan shows that, despite the expulsion of Jews from Strasbourg, they continued to have history there; more importantly, this history is tightly connected to the confessional history of the city and the Empire." 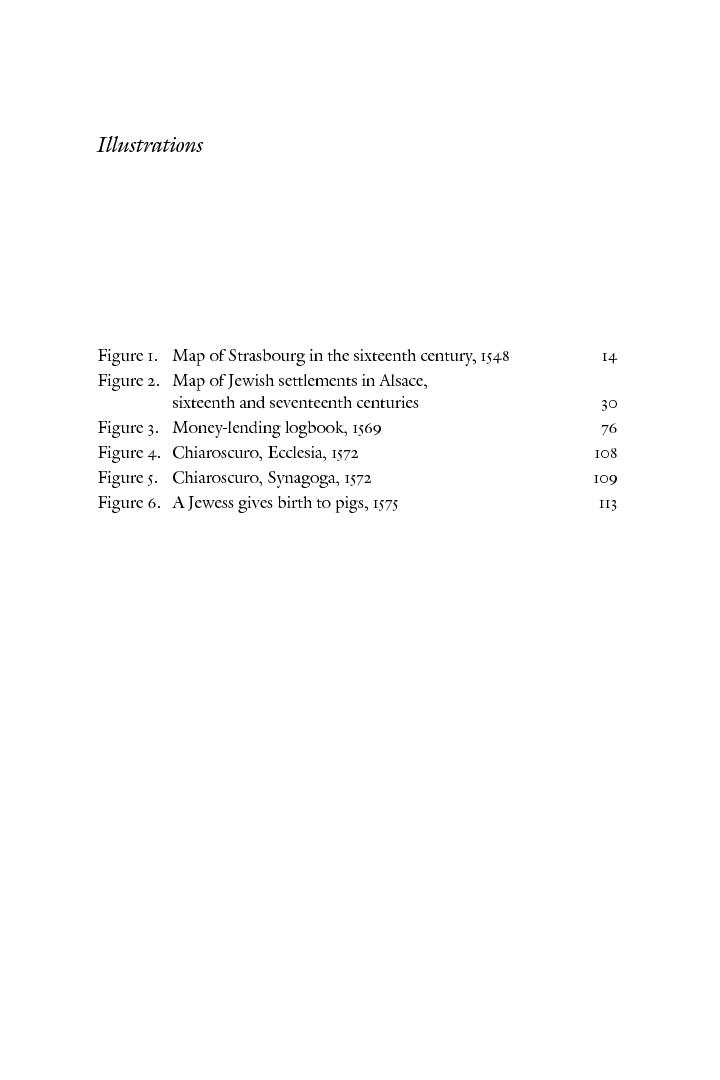 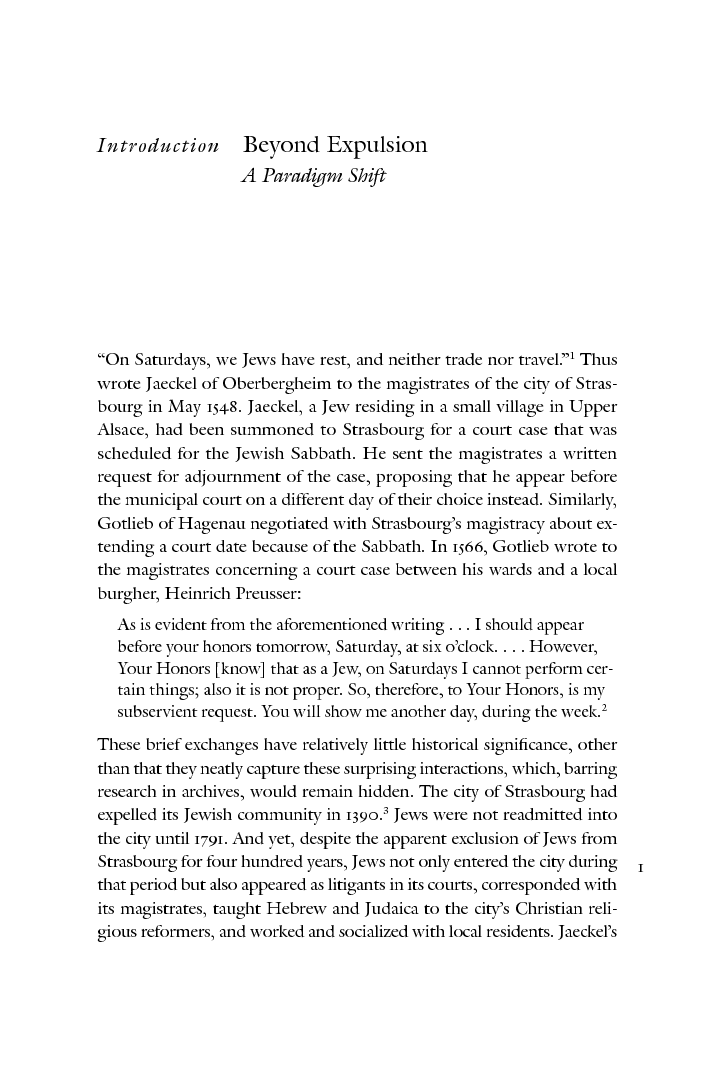 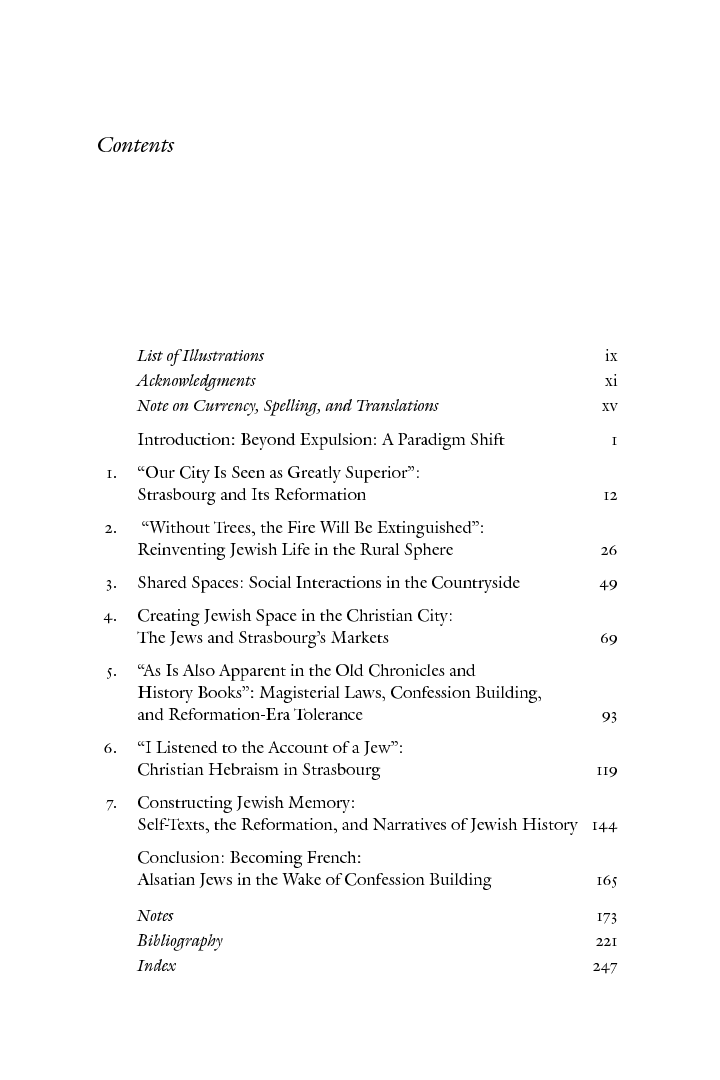