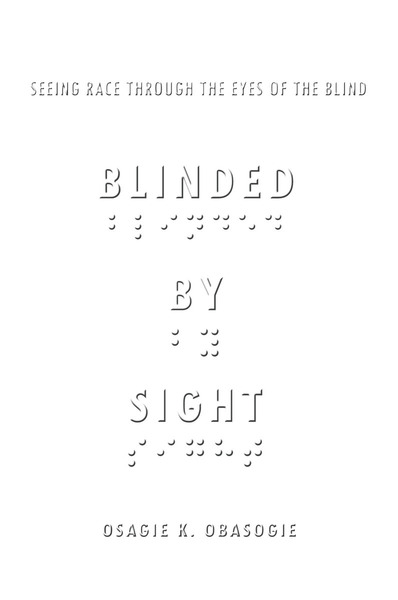 Blinded by Sight
Seeing Race Through the Eyes of the Blind
Osagie K. Obasogie

Winner of the 2015 Herbert Jacob Prize, sponsored by the Law and Society Association.

Colorblindness has become an integral part of the national conversation on race in America. Given the assumptions behind this influential metaphor—that being blind to race will lead to racial equality—it's curious that, until now, we have not considered if or how the blind "see" race. Most sighted people assume that the answer is obvious: they don't, and are therefore incapable of racial bias—an example that the sighted community should presumably follow. In Blinded by Sight,Osagie K. Obasogie shares a startling observation made during discussions with people from all walks of life who have been blind since birth: even the blind aren't colorblind—blind people understand race visually, just like everyone else. Ask a blind person what race is, and they will more than likely refer to visual cues such as skin color. Obasogie finds that, because blind people think about race visually, they orient their lives around these understandings in terms of who they are friends with, who they date, and much more.

In Blinded by Sight, Obasogie argues that rather than being visually obvious, both blind and sighted people are socialized to see race in particular ways, even to a point where blind people "see" race. So what does this mean for how we live and the laws that govern our society? Obasogie delves into these questions and uncovers how color blindness in law, public policy, and culture will not lead us to any imagined racial utopia.

Osagie K. Obasogie is Professor of Law at the University of California Hastings College of the Law with a joint appointment at UCSF Department of Social and Behavioral Sciences. He is also a Senior Fellow at the Center for Genetics and Society. Named one of 12 Emerging Scholars in Academia under 40 by Diverse Issues in Higher Education, his research and writing spans Constitutional law, bioethics, sociology of law, and reproductive and genetic technologies. He has written forSlate, the Los Angeles Times, The Boston Globe, the San Francisco Chronicle, and New Scientist.

"In addition to demonstrating how race is socially constructed in the United States, Obasogie seeks to bridge the divide between critical race theory and social science research on race . . . Obasogie makes an important contribution to race scholarship and this book opens the door for additional research in this area that can provide a more nuanced understanding of the social construction of race."

"A striking and powerful contribution to work within the Law and Society tradition, and Critical Race Theory . . . In Blinded by Sight, he [Obasogie] has given us not only rich empirical data regarding how blind and sighted people understand the visual salience of race; he has also provided a grounded and deep critique of the common sense American understanding that 'colorblindness' will lead to justice. Reading Obasogie, one becomes increasingly certain that a commitment to racial justice means that we all—sighted or not—must endeavor to see race."

"As Osagie Obasogie demonstrates in his brilliant new book, Blinded by Sight, new references to race as anchored in our DNA have in no way diminished our credence in the phenotypic reality and obviousness of racial categories. This first book is extremely ambitious—and successfully so. It has a startlingly original research design (involving interviews with blind people about race) that is based on a rare ability to question what seems obvious—in this case, the notion that blind people can't know race. Moreover, it effortlessly extends what could have been simply a fascinating empirical exercise to a deeper meditation on how our preconceptions about racial difference structure our laws and therefore the most fundamental processes of inequality and social outcomes. As if this were not enough, Blinded by Sight is also a methodological treatise and scholarly call to arms . . . This text is highly learned one that takes aim at a staggeringly 'big picture' . . . [This] book is written in a very fluid and clear style, and its arguments are illuminated by evocative quotations from interviews with blind people."

"In this insightful book, Obasogie, University of California (Hastings) law professor, assesses interviews with 131 blind and sighted Americans on how they understand 'race' . . . The author fruitfully examines the data's implications for how 'race' is more than visual, as a socially constitutive process, and how this affects naïve 'colorblind' arguments in popular commentaries and judges' reasoning . . . Recommended."

"Blinded By Sight is a lucidly and crisply written exploration of how blind and sighted individuals understand race as a visual phenomenon, and how those understandings are reflected within society. This masterful work is sure to make an enormous contribution, and to provoke debate."

"Blinded by Sight is a completely fresh, eye-opening perspective on the social construction of race. By showing that blind people understand race visually, Obasogie illuminates how everyone learns to 'see' race, powerfully debunking two dominant racial dogmas—that race is visually obvious and our laws should be colorblind. His fascinating study and path breaking analysis make an innovative contribution."

"This brilliant book reveals race as a central way that we understand our society and ourselves. Obasogie's sightless subjects 'see' race as our deep and continuing social need to classify and rank. Blinded by Sight teaches us that we can reimagine race not as a disability or an advantage but as a flexible form of human variation. A wonderfully lucid book, highly recommended!"

"'I don't see race' is the all-too-cavalier refrain of our supposedly post-racial world. In this thought-provoking book, Obasogie reveals how deeply we all—blind people included—see race. Color's true significance is here revealed as an elaborate system of cognitive markers guiding the production of racial knowledge, filtering our priorities, preferences, and ultimately our politics." 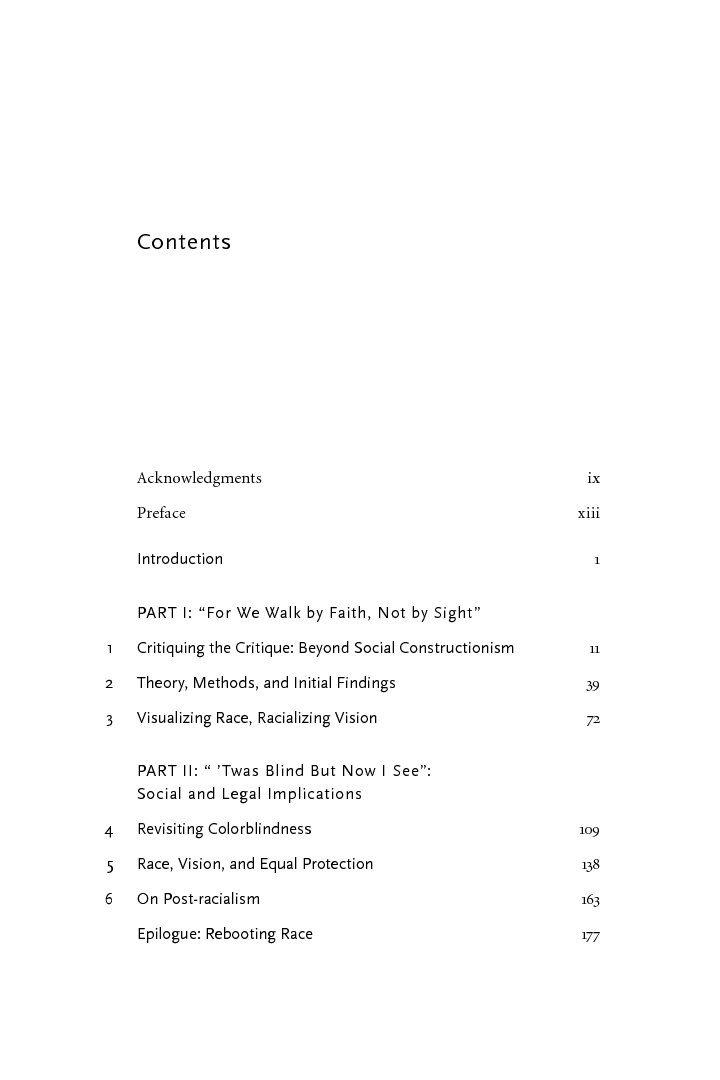 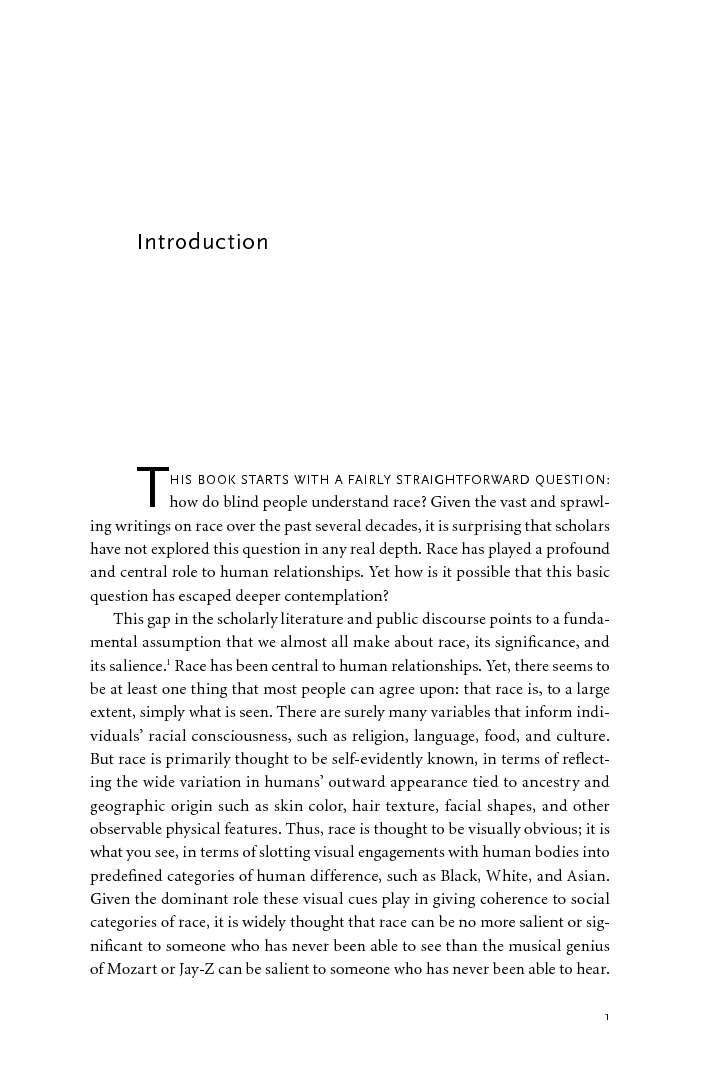 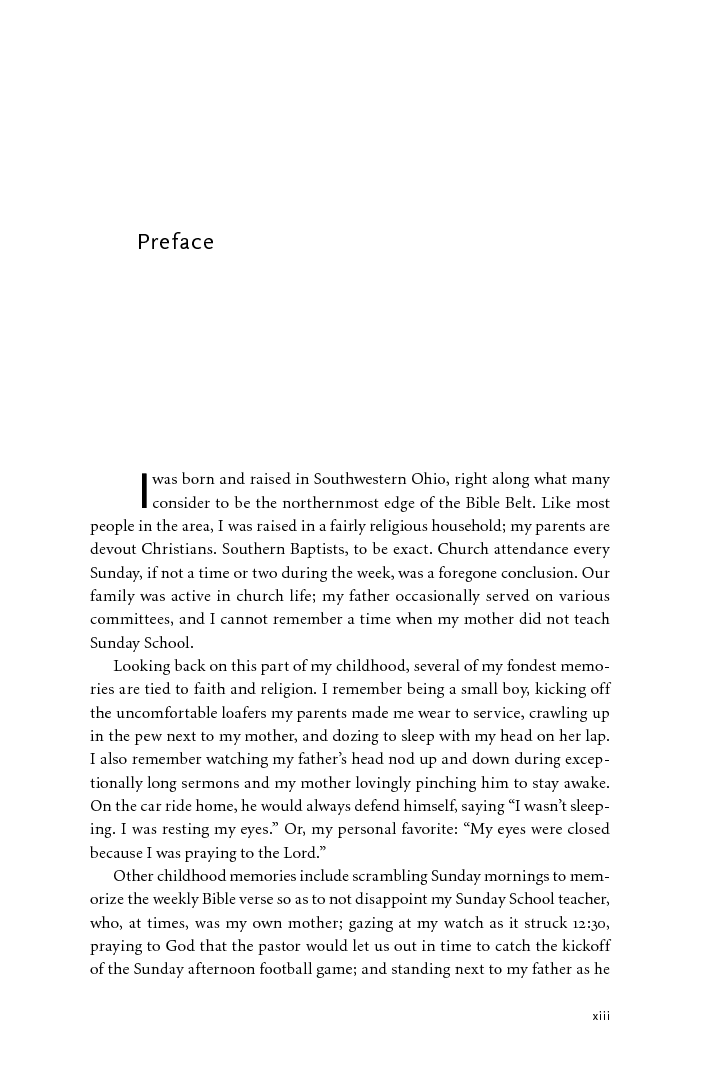 Osagie Obasogie on race and colorblindness

Society Pages
When you say you "don't see race," you're ignoring racism, not helping to solve it