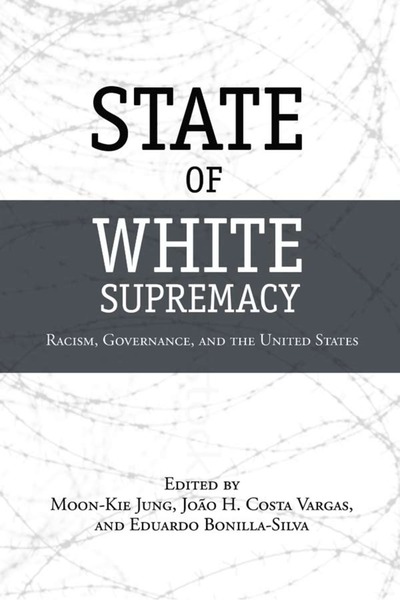 The deeply entrenched patterns of racial inequality in the United States simply do not square with the liberal notion of a nation-state of equal citizens. Uncovering the false promise of liberalism, State of White Supremacy reveals race to be a fundamental, if flexible, ruling logic that perpetually generates and legitimates racial hierarchy and privilege.

Racial domination and violence in the United States are indelibly marked by its origin and ongoing development as an empire-state. The widespread misrecognition of the United States as a liberal nation-state hinges on the twin conditions of its approximation for the white majority and its impossibility for their racial others. The essays in this book incisively probe and critique the U.S. racial state through a broad range of topics, including citizenship, education, empire, gender, genocide, geography, incarceration, Islamophobia, migration and border enforcement, violence, and welfare.

"While the first part of State of White Supremacy lays out the genealogy of racial rule in both theory and praxis, the second part of the book examines those aspects of American society so often racialized — education, poverty, and crime — especially by those forces seeking the destruction of what limited welfare state exists at present. . . We begin to see more of the cognitive apparatus of white supremacy that must be destroyed, and we take another step toward the goal of enlightenment and of liberation."

"Sober and angry, gut-wrenching and thought-provoking, this volume gives lie to the liberal concept of nation and citizenship, tracing the long history of U.S. imperialist expansion and the associated military actions, legal rulings, and administrative policies and practices that have served to erect and police racial boundaries. The essays illuminate the ways white supremacy is enshrined in major state institutions such as education, welfare, law enforcement, incarceration, and immigration control. This is essential reading for all who still aspire to democracy and social justice."

"This timely work on race and the state offers an insightful and compelling discussion of the ways in which government policies and actions continue to generate and support racial inequality. Certainly, as measured by the increasing racial diversity of the nation's political leaders, the country is experiencing important changes. However, as this book makes clear, we must be careful not to mistake superficial indicators of difference with real changes in our state and institutional practices."

"State of White Supremacy presents a superb selection of contemporary research on the history, present, and future of the U.S. racial state. It productively extends the insights of some of the best works in the field while reframing a number of thorny conceptual problems in novel ways. It is truly a unique work that provides a very valuable forum for discussion and debate."

"A savvy blockbuster of a book, with prominent activists and scholars telling it like it really is: The U.S. state is systemically racist and imperialistic, with tentacles reaching into an array of societal arenas and operations, including military institutions, immigration agencies, schools, the prison-industrial complex, the Supreme Court, the welfare system, and the terrorism mislabeled 'hate crimes.'" 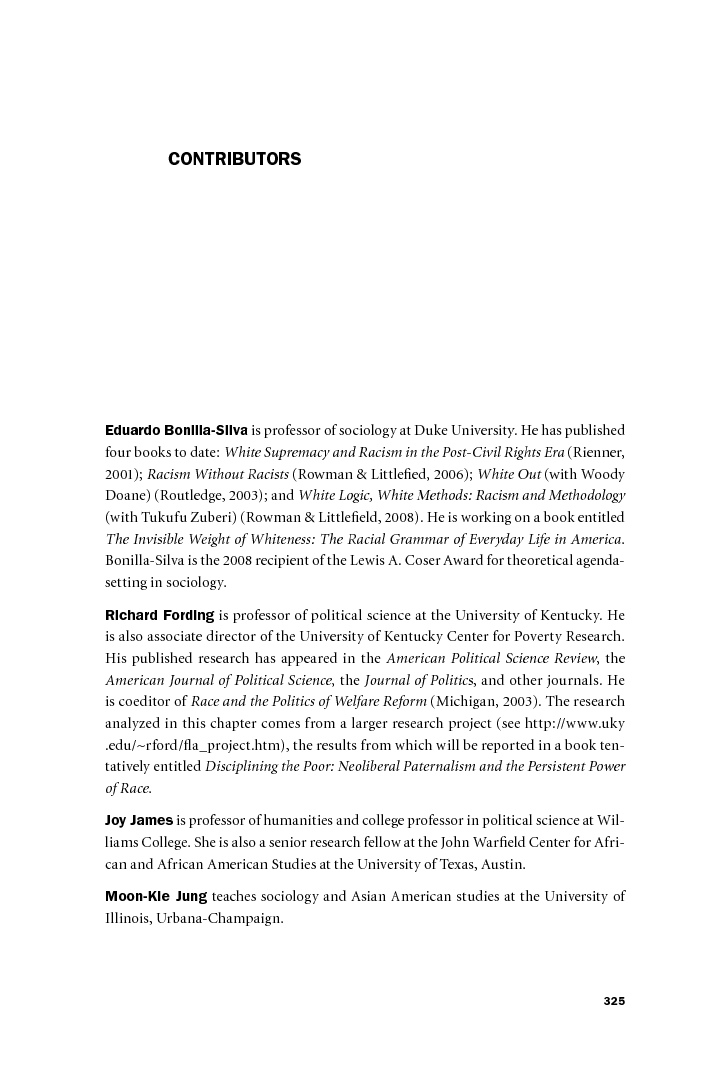 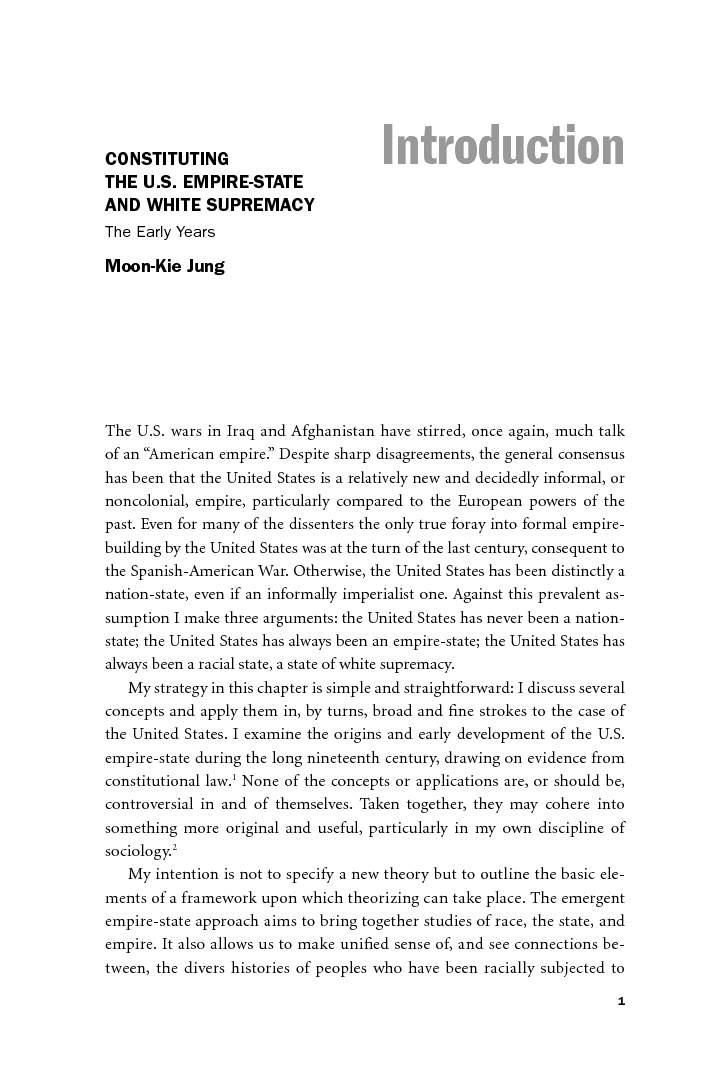 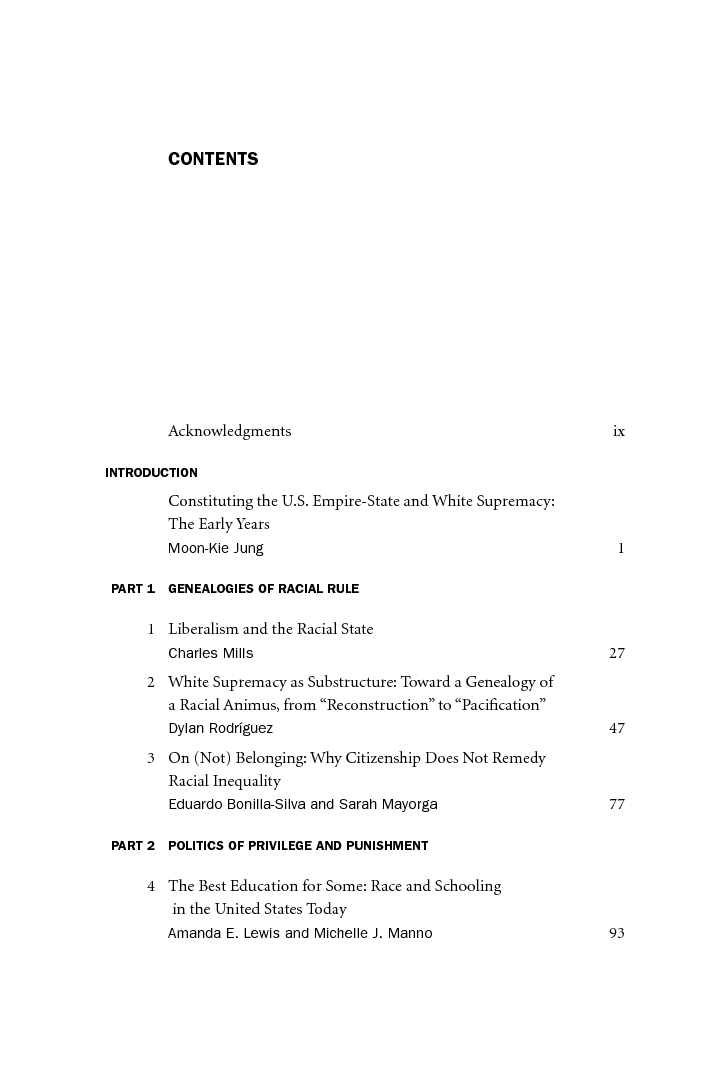