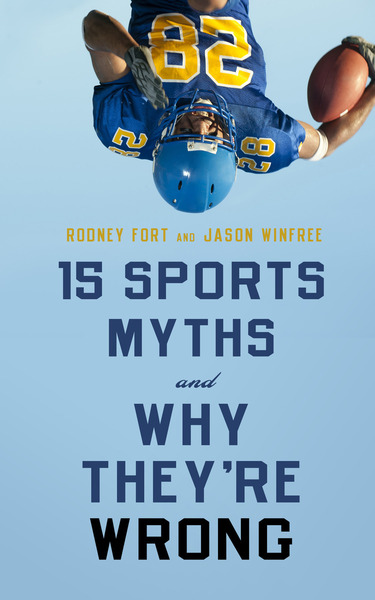 In 15 Sports Myths and Why They're Wrong, authors Rodney Fort and Jason Winfree apply sharp economic analysis to bust some of the most widespread urban legends about college and professional athletics.

Each chapter takes apart a common misconception, showing how the assumptions behind it fail to add up. Fort and Winfree reveal how these myths perpetuate themselves and, ultimately, how they serve a handful of powerful parties—such as franchise owners, reporters, and players—at the expense of the larger community of sports fans. From the idea that team owners and managers are inept to the notion that revenue-generating college sports pay for athletics that don't attract fans (and their cash), 15 Sports Myths and Why They're Wrong strips down pervasive accounts of how our favorite games function, allowing us to look at them in a new, more informed way.

Fort and Winfree argue that substituting the intuitive appeal of emotionally charged myths with rigorous, informed explanations weakens the power of these tall tales and their tight hold on the sports we love. Readers will emerge with a clearer picture of the forces at work within the sports world and a better understanding of why these myths matter—and are worthy of a takedown.

Rodney Fort is Professor of Sport Management at the University of Michigan. He is internationally recognized as an authority on sports economics and business. Fort is co-author of Pay Dirt and Hard Ball. His best-selling textbook, Sports Economics, is in its third edition.

Jason Winfree is Assistant Professor of Agricultural Economics at the University of Idaho. He is co-author of Sports Finance and Management.

"Fort and Winfree address an interesting issue—the role of collegiate and professional sports in American society and of economic analysis in helping to understand that role . . . Recommended."

"This is an interesting and very readbale book that will appeal to reality-based sports fans."

"As mythbusters, Fort and Winfree had me nodding my head in concurrence, shaking it in disagreement, and smoking over the hotly contested issues that they raise. They consistently deliver thoughtful, insightful, and provocative arguments that make for an entertaining and eye-opening read."

"15 Sports Myths debunks long-held tenets in the industry, so seemingly pure of heart as to be unassailable. But, they are deceptions. Fort and Winfree take on well-known examples such as drafts, trades, free agent signings, and decisions made by the lords of the leagues in order to get at the truth. This book gives us a sporting chance at knowing the truth. Through the focus of an economics lens, it beams ethics." 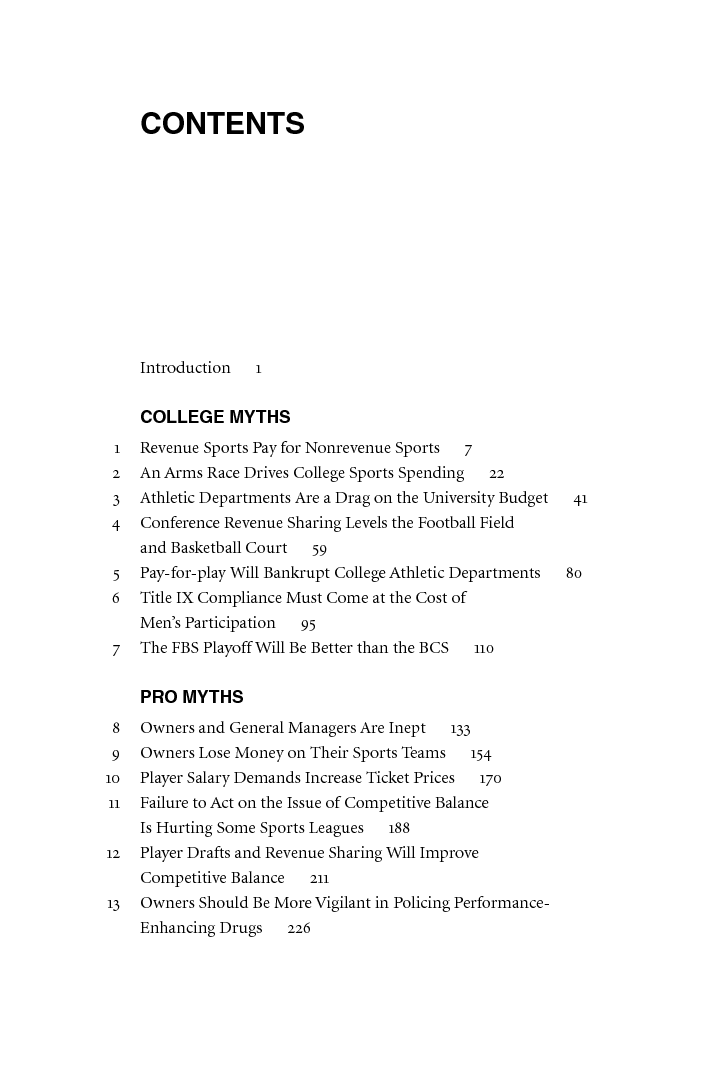 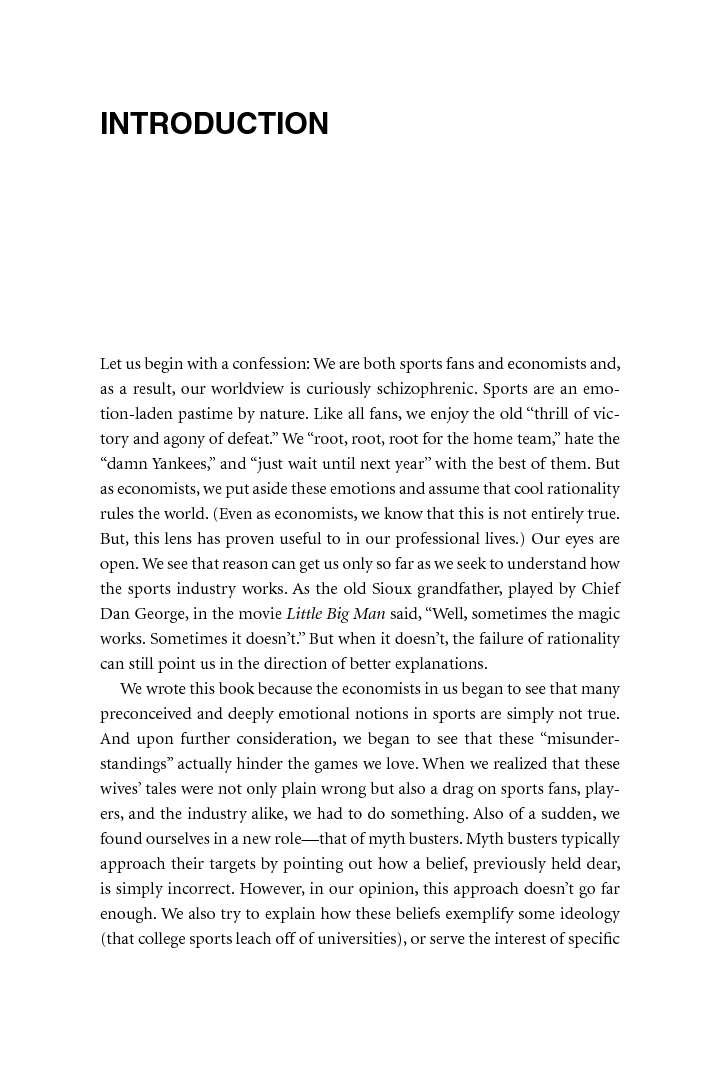