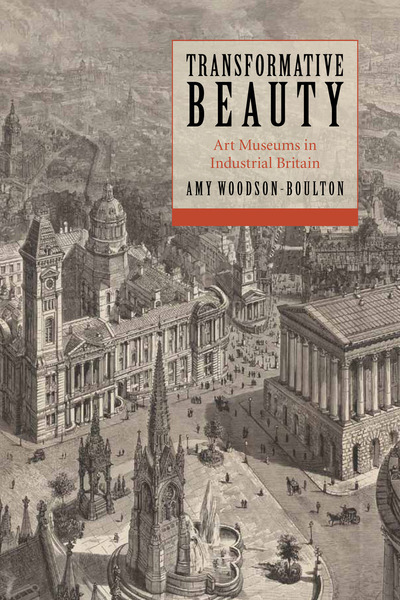 Why did British industrial cities build art museums? By exploring the histories of the municipal art museums in Birmingham, Liverpool, and Manchester, Transformative Beauty examines the underlying logic of the Victorian art museum movement. These museums attempted to create a space free from the moral and physical ugliness of industrial capitalism. Deeply engaged with the social criticism of John Ruskin, reformers created a new, prominent urban institution, a domesticated public space that not only aimed to provide refuge from the corrosive effects of industrial society but also provided a remarkably unified secular alternative to traditional religion. Woodson-Boulton raises provocative questions about the meaning and use of art in relation to artistic practice, urban development, social justice, education, and class. In today's context of global austerity and shrinking government support of public cultural institutions, this book is a timely consideration of arts policy and purposes in modern society.

Amy Woodson-Boulton is Associate Professor of Modern British and Irish History at Loyola Marymount University. She is co-editor, with Minsoo Kang, of Visions of the Industrial Age, 1830–1914 (2008).

"Art museums were among the most prominent and yet enigmatic new institutions of Victorian towns, and in this book Amy Woodson-Boulton manages to make them considerably less enigmatic, exploring and evaluating their logic, and showing how widely that logic was followed or resisted. Moreover, this is a book which takes both the institutions and their constituent art seriously, and manages the difficult task of synthesizing different types of analysis in order to understand what art museums actually did . . . The book is beautifully written in clean and accessible prose, with a wealth of detail and depth of research. It is nicely illustrated and an attractive volume altogether."

"Rather than treat each civic history independently, Woodson-Boulton has organized the book into a series of comparative analyses of key moments and issues shared across all three institutions. The result is both a richly detailed account of each museum and an important larger argument about the Victorian understanding of art as an amelioration of the conditions of industrial capitalism, particularly the alienating effects of wage labor and urbanization . . . Her careful attention to local politics, personalities, and histories is a major strength of the work, and she moves fluidly between descriptions of local nuances and discussions of larger patterns . . . Woodson-Boulton's book is an important contribution to the fields of history, museum studies, and art history. It advances current scholarly conversations about the exhibition culture of Britain more broadly, offering a long overdue look at provincial institutions to counterbalance the priority given to London in many such studies."

"Woodson-Boulton's study deftly illuminates the national history of artistic theory and social reform within three distinctive local frameworks . . . [T]he study has much to offer to traditional political and economic historians of Britain in its demonstration of the deeper cultural ramifications of the intensified imperial and economic competition that defined Britain's place as a global power during the final decades of the nineteenth century. This study ought to find a welcome home on the bookshelves of scholars of Victorian art history, museums, and urban culture, as well as those of the social and political history of the late nineteenth-century Britain in general."

"In this compelling book, Amy Woodson-Boulton tells several stories about cultural institutions in Victorian England's industrial cities . . . Woodson-Boulton asks pertinent questions and ferrets out archival information to integrate municipal identity and development, class stratification, art criticism, and changing tastes with museum development . . . Thanks to Woodson-Boulton's excellent book, scholars have a good cultural history foundation for these and other questions."

"Few subjects seem more outdated, less 'modern', so distant from today's questions on museum studies, than the topic so masterfully examined in this book. At the same time, though, few books manage better than this work to highlight the great relevance of their subject for contemporary historians, estheticians, city planners, and museum-goers. In this robustly scholarly and committed study, Amy Woodson-Colton examines the role and place of art museums and more generally the museum movement in the three major 'regional' centers of late 19th-century industrial Britain."

—Jan Baetens, Leonardo: Journal of the International Society for the Arts, Sciences & Technology

"The wealth of original archival research has created a reliable history of these museums, providing context for not only museological and social studies, but also indicating a further network of meanings for the reception of Pre-Raphaelite art and Victorian painting in general."

"Transformative Beauty lays bare the paradoxes and ambiguities that characterized the sociopolitical meaning of art in the Victorian age . . . In venturing to elucidate what art and museums came to represent, Transformative Beauty is informative and provides an interesting read. For students of the Victorian city there is much to gain. For historians the work helps bridge the gap between the genres of social history and visual cultural studies."

"This is a splendid study of museum building in the great provincial cites of England: Manchester, Birmingham, and Liverpool. It is striking how different each city was. Woodson-Boulton provides illuminating insights into the relationship of culture and power, set within intriguging stories. The author enters deeply into the minds of the Victorians, making clear how they operated in a different universe from that of the 21st century. Yet at the same time, she provides much illumination for the burgeoning field of museum studies."

"This book provides an important new view of the development of art galleries in three industrial cities: Birmingham, Manchester, and Liverpool. Woodson-Boulton uses the nineteenth-century debates about the purposes of art to examine closely the reformers' belief that art museums could help counteract the moral and aesthetic problems of industrial society. This book will add significantly to the literature on museums, art, culture, and urban development." 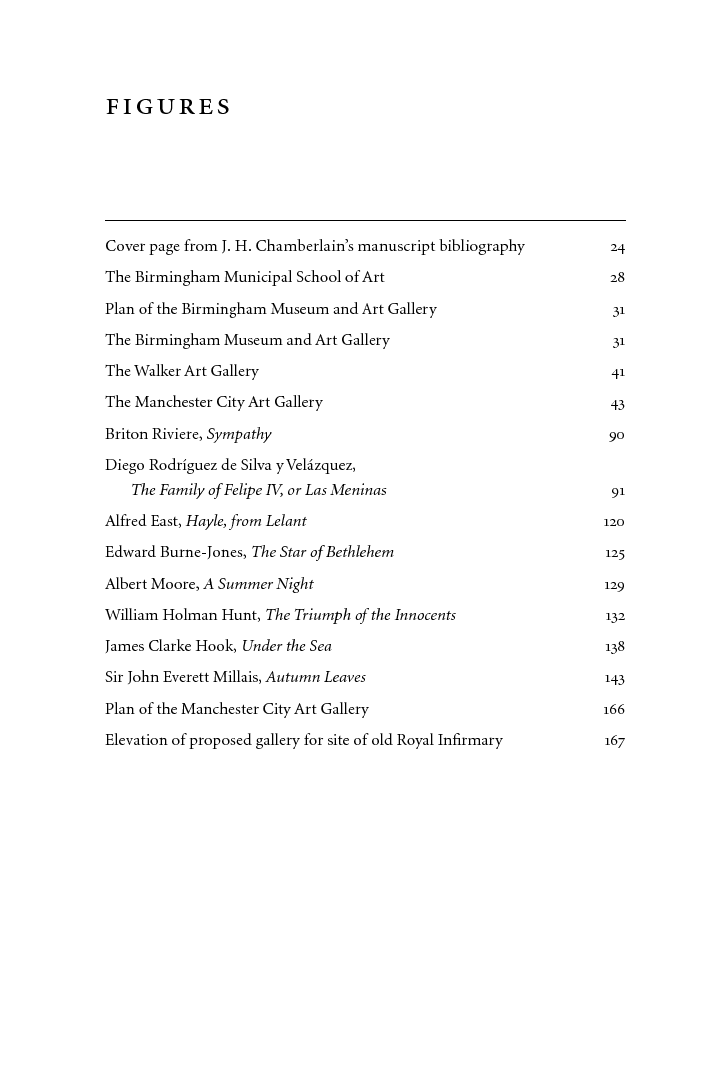 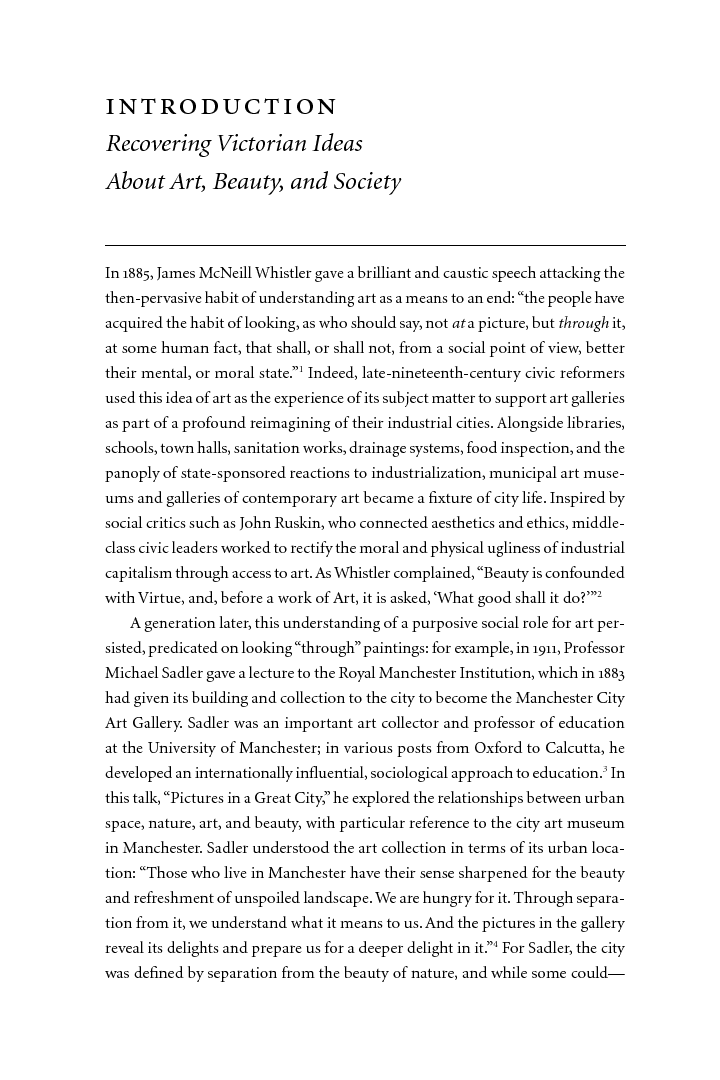 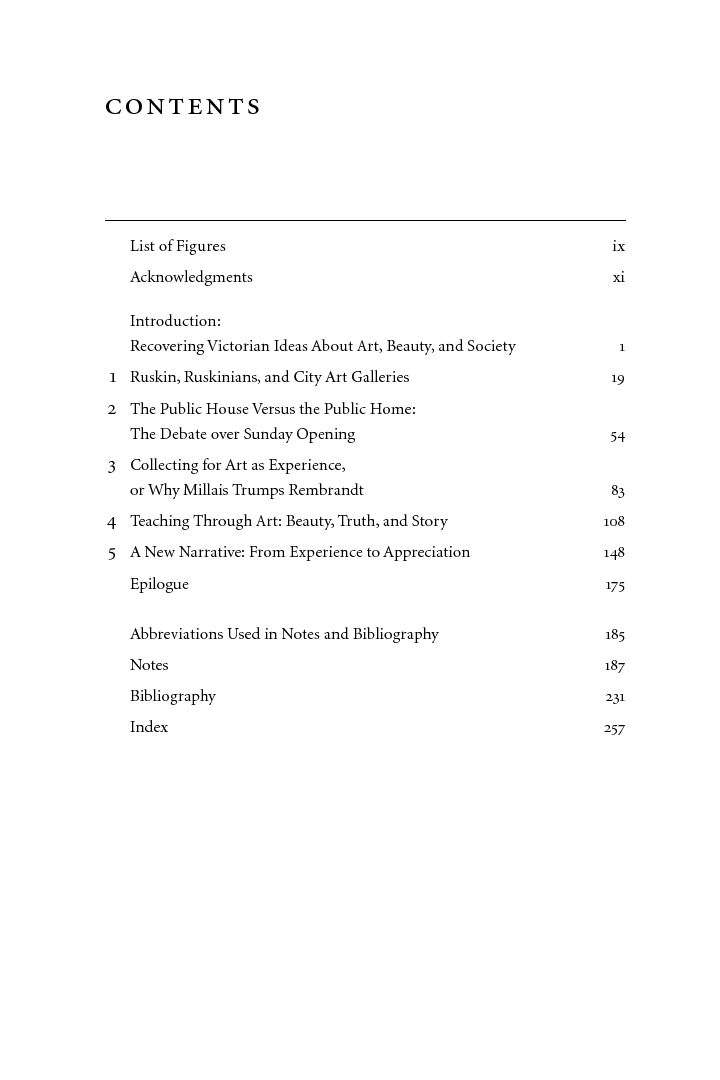