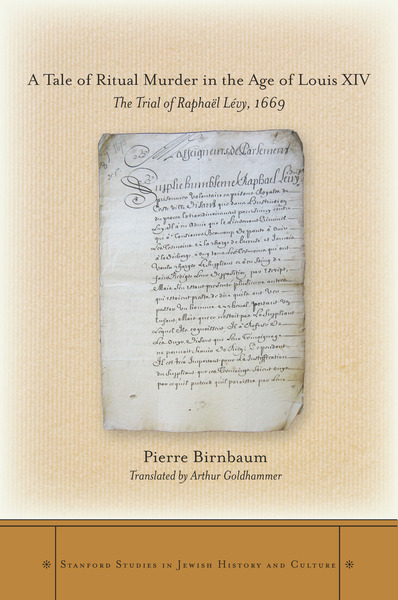 A Tale of Ritual Murder in the Age of Louis XIV
The Trial of Raphaël Lévy, 1669
Pierre Birnbaum Translated by Arthur Goldhammer
SERIES: Stanford Studies in Jewish History and Culture

In the late seventeenth century, France prided itself for its rationality and scientific achievements. Yet it was then that Raphaël Lévy, a French Jew, was convicted, tortured, and executed for an act he did not commit, a fiction deriving from medieval anti-Jewish myth: the ritual murder of a Christian boy to obtain blood for satanic rituals. When Lévy was accused of the ritual murder, it was the first accusation of blood libel for a century. Lévy's trial, however, became a forum for anti-Jewish accusations, and although the Holy Roman Emperor and a representative of King Louis XIV both tried to intervene, they were ignored by the parliament of Metz.

Pierre Birnbaum explores the cultural, political, and personal elements that led to the accusation and shows that the importance of this story goes beyond local history: at a critical moment in the construction of the nation-state, France was unable to impose its conception of law and order on local officials. Birnbaum reveals the echoes of Lévy's trial in the Dreyfus Affair and suggests that, amid the contemporary retreat of the state and the accompanying explosion of prejudice and violence, it is time to remember the tragic fate of Raphaël Lévy.

Pierre Birnbaum is a leading French historian and sociologist and Professor Emeritus of Political Science at the University of Paris I—Panthéon-Sorbonne. His works available in English include The Jews of the Republic (Stanford, 1996) and Geography of Hope (Stanford, 2008).

"Expert historians and the general reader alike will find here a wealth of details and a captivating story that will enrich their understanding of ritual murder and host-desecration accusations . . . A Tale of Ritual Murder in the Age of Louis XIV will interest a wide audience. It contributes to the literature about blood libels, the Dreyfus affair, and French-Jewish history more generally."

"Birnbaum's meticulous study presents the political conflict which set the monarchy and the Parliament of Metz against one another, against the background of a centralized power not yet strengthened in this area. At the same time, it illuminates the strong anti-Jewish hostility of the local Christian world."

"Pierre Birnbaum's study of a ritual murder trial in seventeenth-century France succeeds in achieving what good microhistories do best: it exposes readers to the fate of a relatively unknown historical event/figure in order to force us to reevaluate our understanding of the past . . . Birnbaum constructs a forceful and dramatic narrative of these harrowing events. The strength of his analysis lies in linking this seventeenth-century trial to twentieth-century political culture . . . This engaging book deserves to be widely read by researchers, students, and the general public."

"As a distinguished historian of Third Republic France, Birnbaum judiciously exposes how the Lévy trial was used during the Dreyfus Affair . . . For academic libraries for undergraduate studies."

"Pierre Birnbaum, distinguished historian of Third Republic France, has recaptured a tale of 17th-century ritual murder in Lorraine which was cited as precedent by both accusers and supporters of Alfred Dreyfus 230 years later. Birnbaum describes the fabricated murder charges against the Jewish livestock-trader Raphaël Lévy and the epidemic of false accusation against the Jews of Metz for attacking an image of Christ at Eastertime, and reveals the political and economic tensions winding through the affair. A fascinating and deeply moving account of human resistance and mass fear."

"Pierre Birnbaum's riveting microhistory of a forgotten ritual murder case from the 1660s unearths the fraught relations between Jews and Christians in Metz over a century before the French Revolution. He also demonstrates convincingly that the case played a major role in the anti-Semitic propaganda surrounding the Dreyfus Affair. In his brilliant reconstruction, Birnbaum's study takes its place among other classic accounts of ritual murder and blood libel trials from the middle ages and modernity." 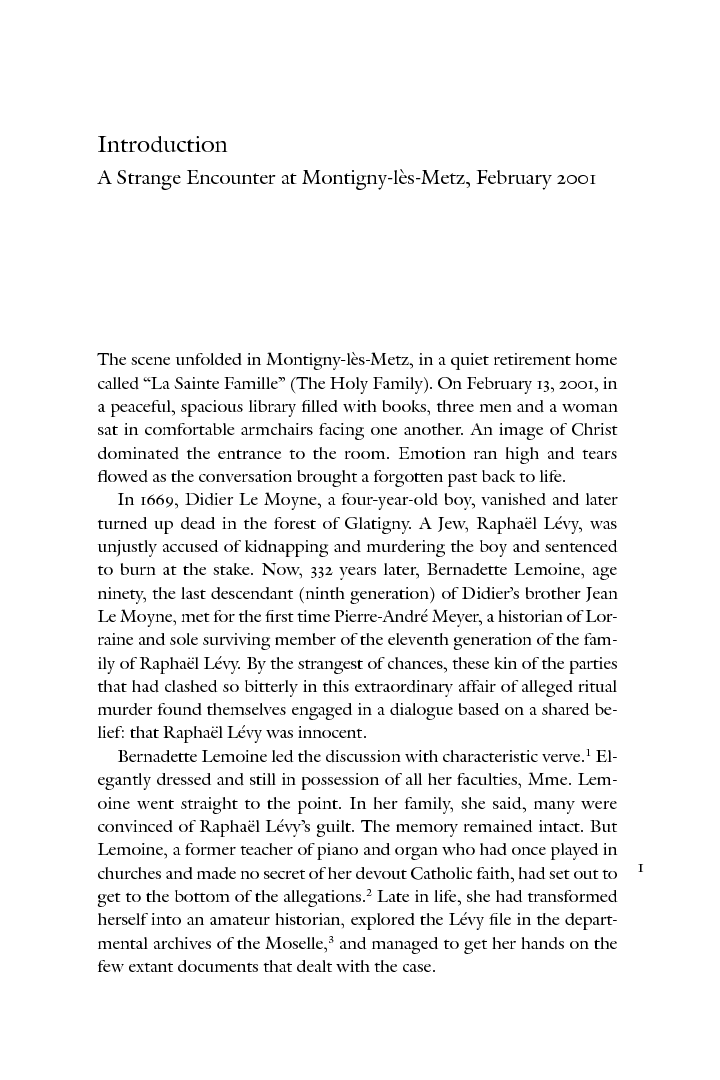 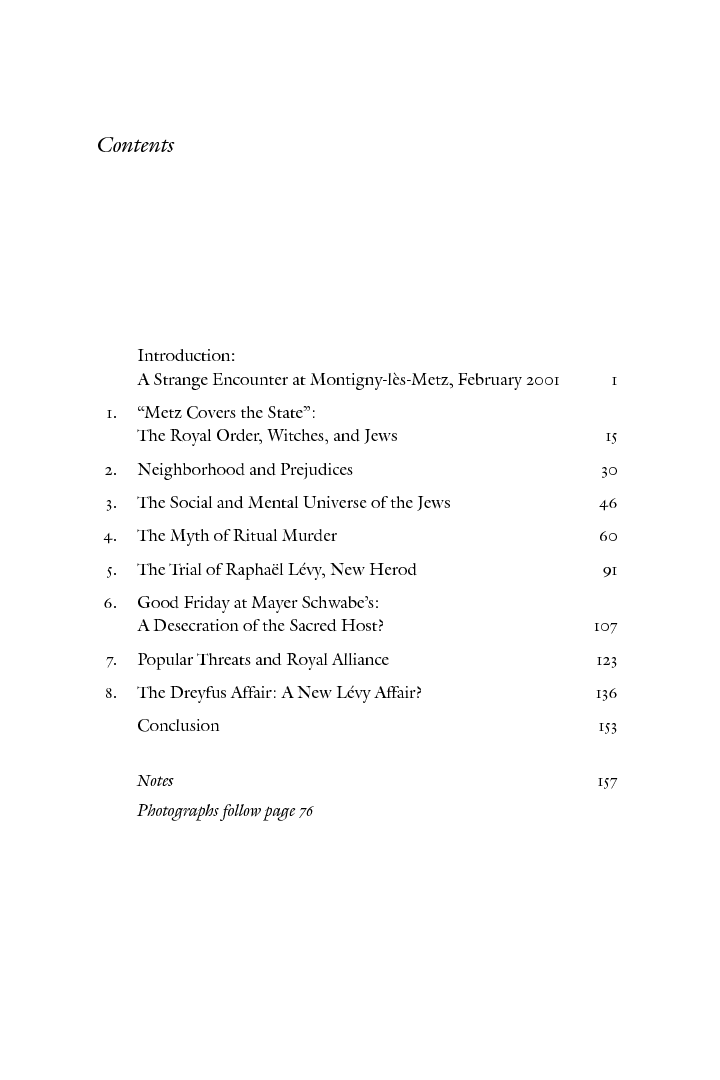