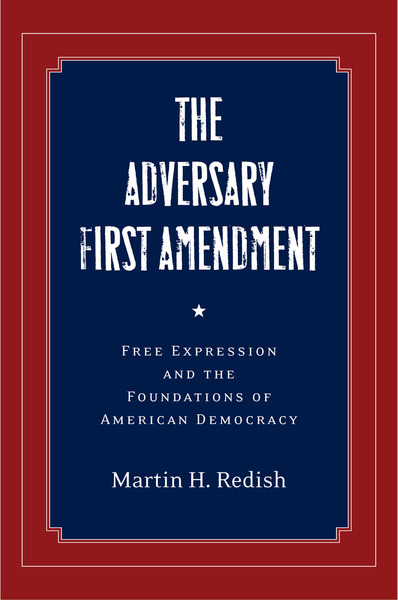 The Adversary First Amendment presents a unique and controversial rethinking of modern American democratic theory and free speech. Most free speech scholars understand the First Amendment as a vehicle for or protection of democracy itself, relying upon cooperative or collectivist theories of democracy. Martin Redish reconsiders free speech in the context of adversary democracy, arguing that individuals should have the opportunity to affect the outcomes of collective decision-making according to their own values and interests.

Adversary democracy recognizes the inevitability of conflict within a democratic society, as well as the need for regulation of that conflict to prevent the onset of tyranny. In doing so, it embraces pluralism, diversity, and the individual growth and development deriving from the promotion of individual interests. Drawing on previous free speech scholarship and case studies of controversial speech, Redish advances a theory of free expression grounded in democratic notions of self-promotion and controlled adversary conflict, making a strong case for its application across such areas as commercial speech, campaign spending, and anonymous speech.

Martin H. Redish is the Louis and Harriet Ancel Professor of Law and Public Policy at Northwestern University School of Law. He is the author of Wholesale Justice (Stanford, 2008) and The Logic of Persecution (Stanford, 2004).

"Redish presents an interesting new approach to explaining the importance of freedom of expression in American political discourse . . . On the whole, the author should be commended for an excellent book that is well researched and very timely; freedom of expression is seemingly always being challenged by world events, so a passionate defense is always welcome . . . Recommended."

"The goals of this book are then to defend the descriptive and normative pedigree of this democratic theory; to explain the purported inexorable logical and conceptual linkages between this theory of democracy and the philosophical foundations of a right of free expression; and to reconnoiter the implications of those linkages for pertinent case-law issues . . . [T]he intellectual dynamism of Redish's defense of those goals makes this book worthy of attention and of political science-oriented assessments of its strengths and weaknesses."

"Martin Redish sets forth and forcefully defends a powerful and important theory of the First Amendment, persuasively illustrating its application in three significant areas: commercial speech, campaign spending, and anonymous speech. This is a must-read for anyone interested in First Amendment theory." 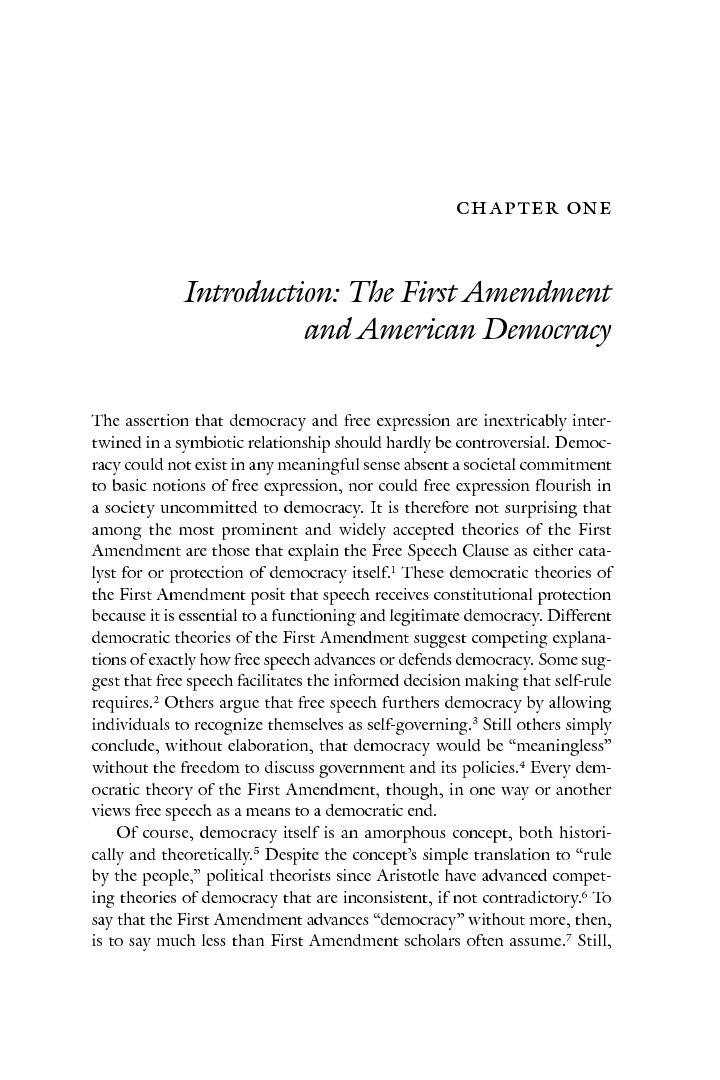 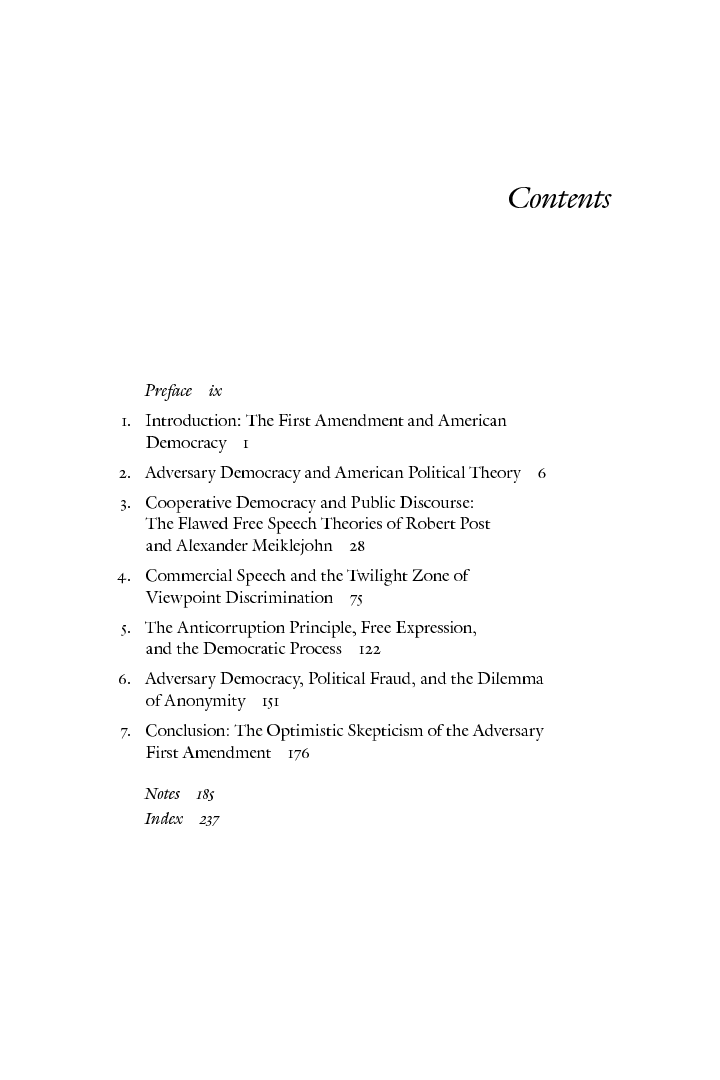 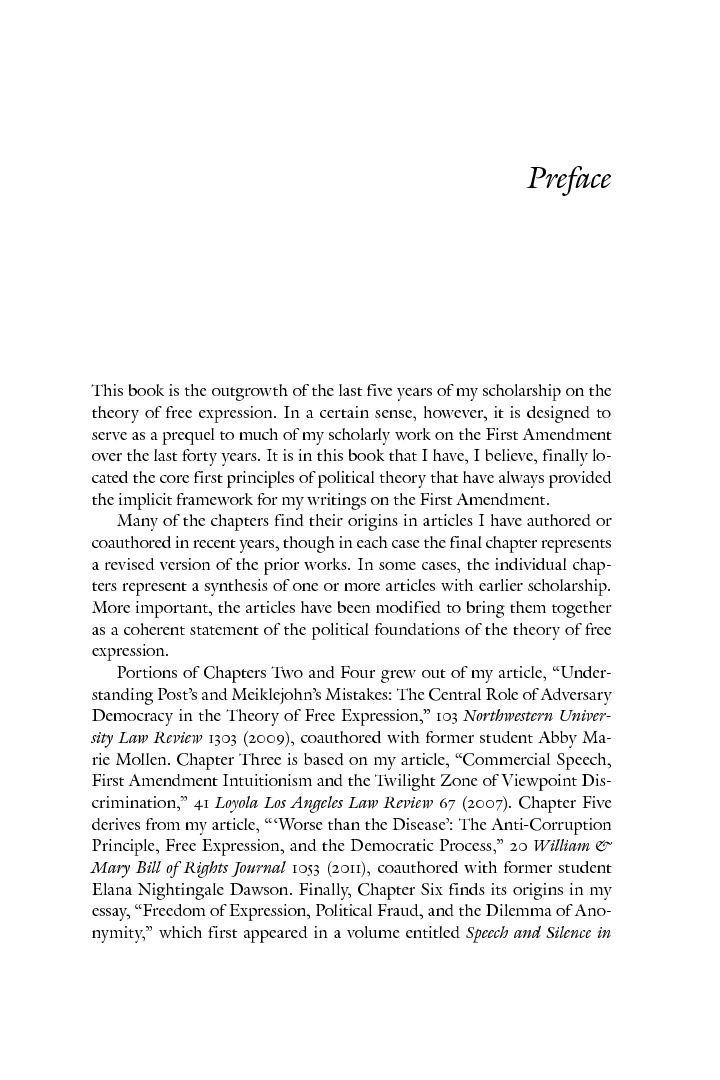