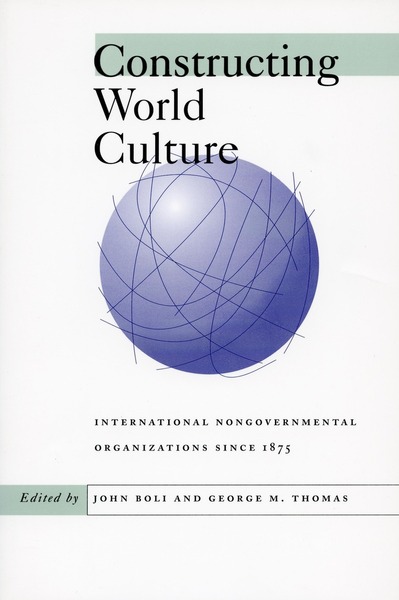 This book illuminates the central role played by international nongovernmental organizations (INGOs) in the emergence and development of a comprehensive world polity. The contributors argue that the enormous proliferation of INGOs since 1875—including international environmental organizations, human rights groups, bodies formed to regulate technical standards, and economic development organizations, among others—both reflects and contributes to the spread of global institutions and cultural principles based on models of rationality, individualism, progress, and universalism. The contributors contrast this world-polity perspective to other approaches to understanding globalization, including realist and neo-realist analyses in the field of international relations, and world-system theory and interstate competition theory in sociology.

The volume considers transnational organizing as a historical process of the creation of global rules and norms, changing over time, that have identifiable effects on social organization at the national and local levels. The chapters provide empirical support for this approach, identifying specific mechanisms that translate global cultural assumptions and prescriptions into local social activity, such as the creation of state agencies, the formulation of government policies, and the emergence of social movements. The first part of the book deals with social movement INGOs, including environmental groups, women’s rights organizations, the Esperanto movement, and the International Red Cross. The second part treats technical and economic bodies, including the International Organization for Standardization, population policy groups, development organizations, and international professional science associations.

John Boli is Associate Professor of Sociology at Emory University. He is the author of New Citizens for a New Society: The Institutional Origins of Mass Schooling in Sweden. George M. Thomas is Professor of Sociology at Arizona State University. He is the author of Revivalism and Cultural Change: Christianity, Nation Building, and the Market in the Nineteenth-Century United States.

"This book is an unfaltering progress in world-polity institutional assessment."