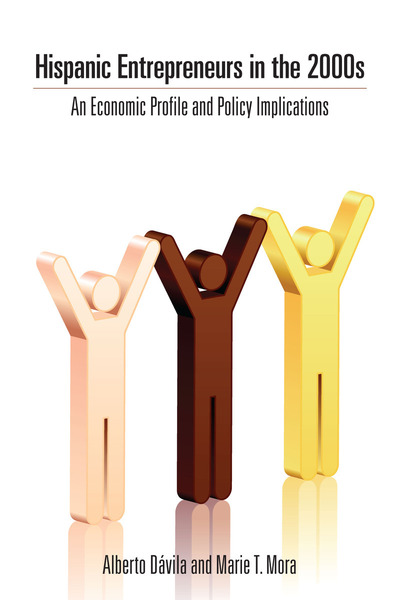 Hispanics account for more than half the population growth in the United States over the last decade. With this surge has come a dramatic spike in the number of Hispanic-owned businesses. Hispanic Entrepreneurs in the 2000s is a pioneering study of this nascent demographic. Drawing on rich quantitative data, authors Alberto Dávila and Marie T. Mora examine key economic issues facing Hispanic entrepreneurs, such as access to financial capital and the adoption and vitality of digital technology. They analyze the varying effects that these factors have on subsets of the Hispanic community, such as Mexican Americans, Puerto Ricans, Cubans, and Salvadorans, while considering gender and immigrant status. This account highlights key policies to drive the success of Hispanic entrepreneurs, while drawing out strategies that entrepreneurs can use in order to cultivate their businesses. Far-reaching and nuanced, Hispanic Entrepreneurs in the 2000s is an important study of a population that is quickly becoming a vital component of American job creation.

Alberto Dávila is Professor of Economics and V.F. "Doc" and Gertrude Neuhaus Chair for Entrepreneurship at The University of Texas-Pan American.

Marie T. Mora is Professor of Economics at The University of Texas-Pan American (UTPA). She serves on the Data Users Advisory Committee for the U.S. Bureau of Labor Statistics and the Board of the American Society of Hispanic Economists.

"This volume offers perhaps the first comprehensive, multidisciplinary analysis of the current state of Hispanic entrepreneurship in the U.S. . . . [Hispanic Entrepreneurs in the 2000s] would make an excellent reference on the shelf on the shelves of policy makers, practitioners, and academics interested in minority business development . . . Highly recommended. All readership levels."

"Davila and Mora tell us a cohesive economic story about Hispanic entrepreneurs, making an important contribution to the literature. They draw together data from disparate sources and provide an extensive analysis of micro data, a great resource for anyone interested in the topic."

"This book provides a wider purview of a market segment that is little understood, but of great importance. Not only does it have implications for policymaking, to which small business research is essential. It is also a testament to the importance of data collection that makes landmark studies like this possible."

—Barbara J. Robles, Coauthor of The Color of Wealth 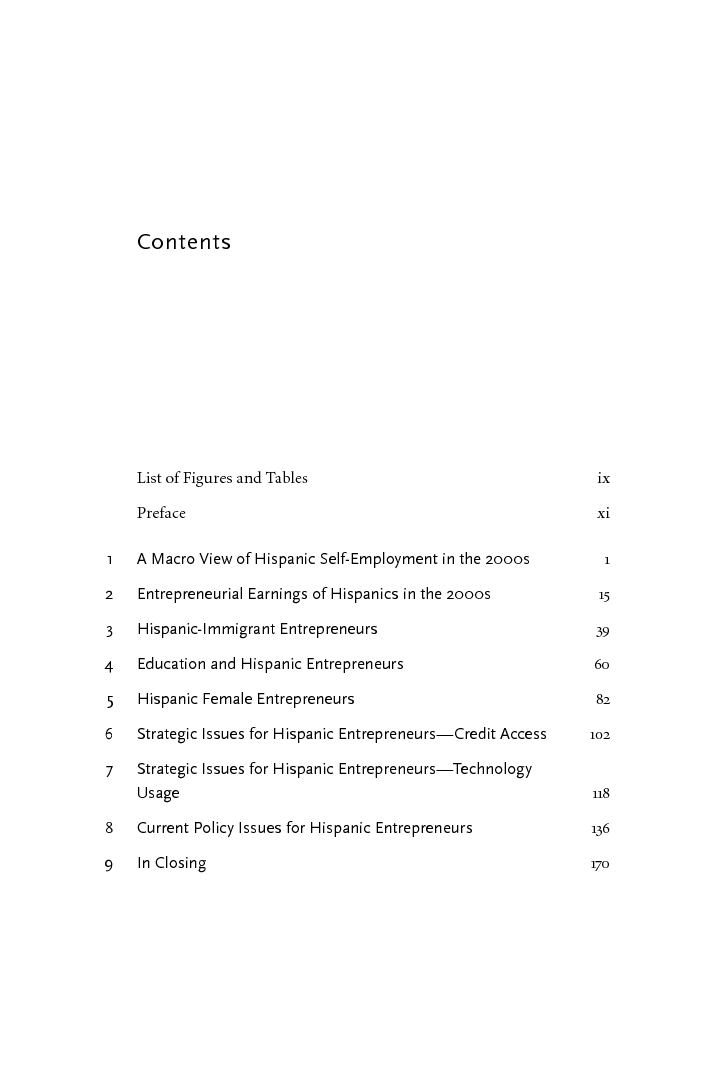 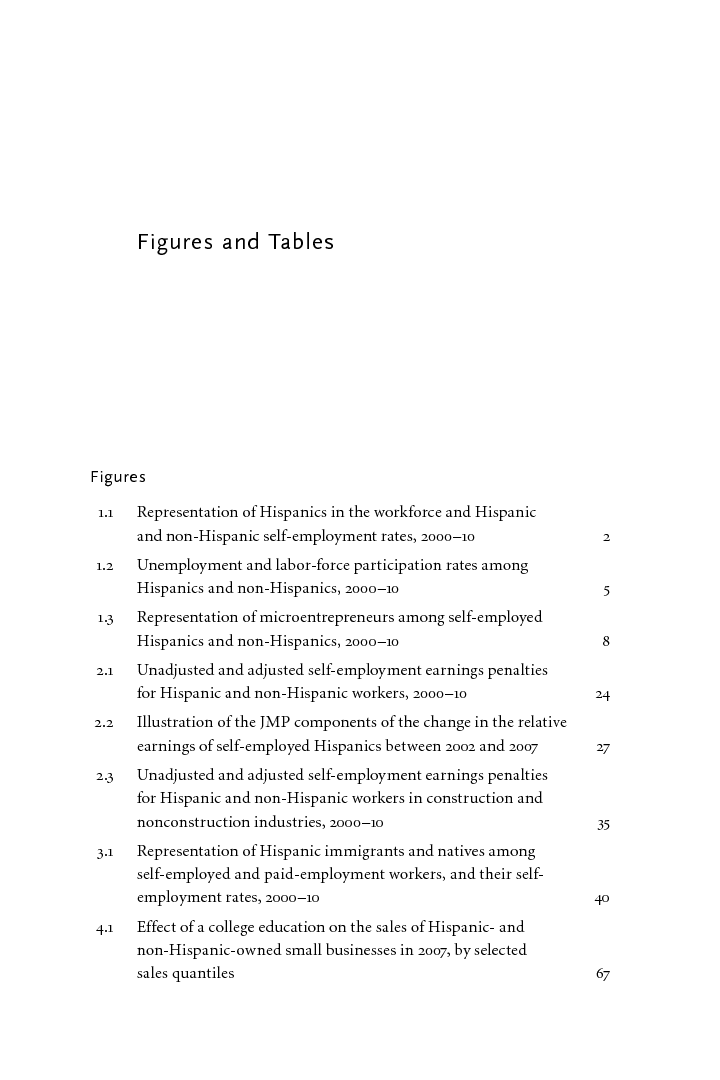 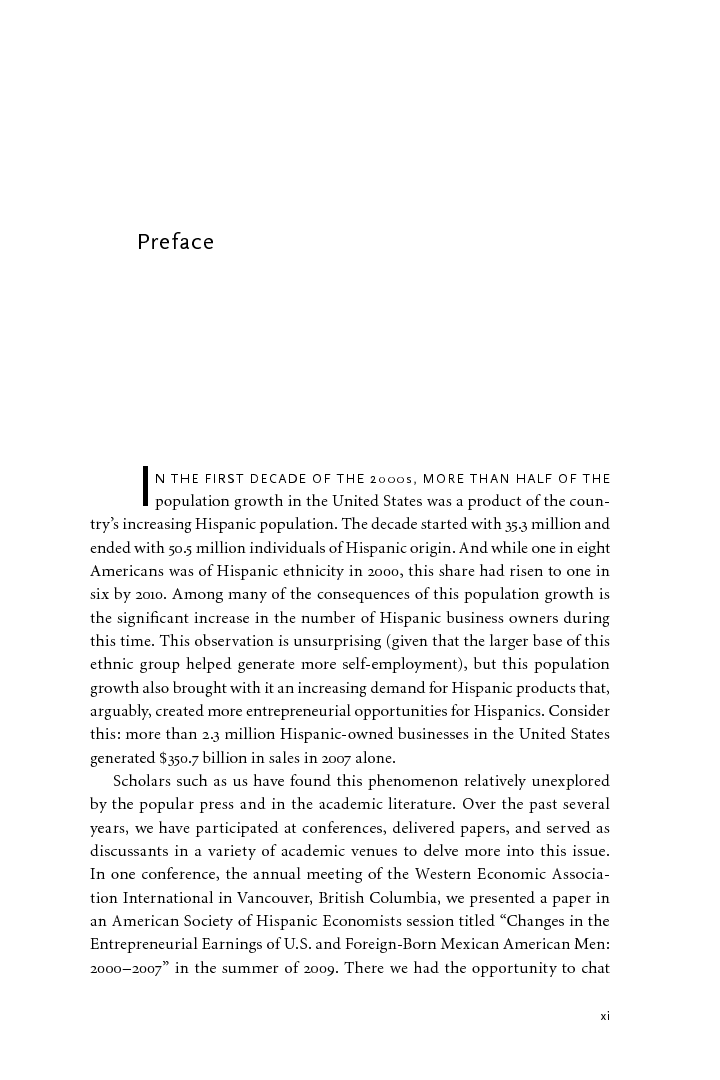