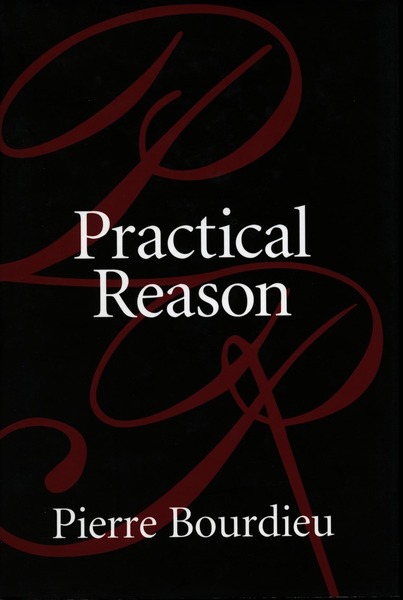 Do social classes really exist? Is disinterested action really possible? What do the family, the church, and the intellectual world have in common? Can morality be founded on hypocrisy? What is the "subject" of action? In this new volume, one of France's foremost social thinkers of our time responds to these major questions and to others, thus tracing the outlines of a work that could be called "Pierre Bourdieu by himself."

In these texts, the author tries to go to the essential, that is, the most elementary and fundamental, questions. He thereby explains the philosophical principles that have led to his social science research and the idea of the human that guides his choices there. With the lucidity allowed by retrospect, Bourdieu brings out the fundamental theories of his greatest books, notably Outline of a Theory of Practice and The Logic of Practice (Stanford, 1990), and, with an eye to the future, presents the first results of his most recent work on the state, the anthropological moorings of the economy, and male domination.

Bourdieu's theory is both a philosophy of science dedicated to revealing the objective relations that shape and underpin social life, and a philosophy of action that takes account of agents' dispositions as well as the structured situations in which they act. This philosophy of action is condensed in a small number of key concepts—habitus, field, capital—and it is defined by the two-way relationship between the objective structures of social fields and the incorporated structures of the habitus.

All in all, this book should be an indispensable introduction to Bourdieu's work, not only to students and scholars in sociology, anthropology, political science, and philosophy, but throughout the social sciences and humanities generally.