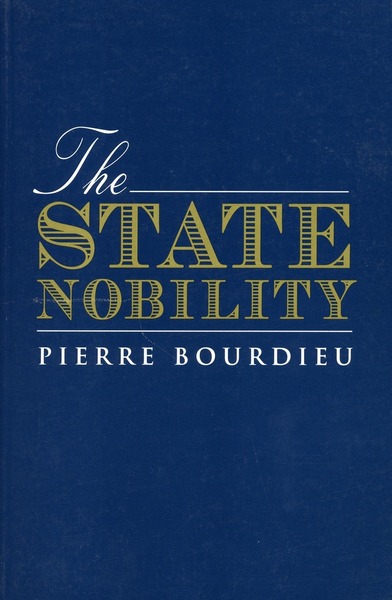 In this major new work, Pierre Bourdieu examines the distinctive forms of power—political, intellectual, bureaucratic, and economic—by means of which contemporary societies are governed. What kinds of competence are claimed by the bureaucrats and technocrats who govern us? And how do those who govern gain our recognition and acquiescence?

Bourdieu examines in detail the work of consecration that is carried out by elite education systems—in France by the grande écoles, in the United States by the Ivy League schools, and in England by Oxford and Cambridge. Today, this "state nobility" has at its disposal an unprecedented range of powers and distinctive titles to justify its privilege. Bourdieu shows how it is the heir—structural and sometimes genealogical—of the noblesse de robe, which, in order to consolidate its position in relation to other forms of power, had to construct the modern state and the republican myths, meritocracy, and civil service that went along with it.

Combining ethnographic description, historical documentation, statistical analysis, and theoretical argument, Bourdieu develops a wide-ranging and highly original account of the forms of power and governance that have come to prevail in our society today.

"Since the 1960s, Pierre Bourdieu's terrific constancy has been there to hold us to the vision and division of criticism, detachment, reason, truth. . . . The State Nobility is an enormous addition to his vast architecture."