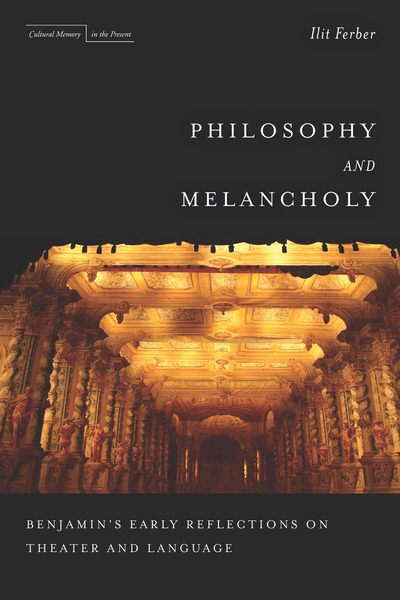 This book traces the concept of melancholy in Walter Benjamin's early writings. Rather than focusing on the overtly melancholic subject matter of Benjamin's work or the unhappy circumstances of his own fate, Ferber considers the concept's implications for his philosophy. Informed by Heidegger's discussion of moods and their importance for philosophical thought, she contends that a melancholic mood is the organizing principle or structure of Benjamin's early metaphysics and ontology. Her novel analysis of Benjamin's arguments about theater and language features a discussion of the Trauerspiel book that is amongst the first in English to scrutinize the baroque plays themselves. Philosophy and Melancholy also contributes to the history of philosophy by establishing a strong relationship between Benjamin and other philosophers, including Leibniz, Kant, Husserl, and Heidegger.

Ilit Ferber is Assistant Professor of Philosophy at Tel-Aviv University.

"Ilit Ferber's meticulous reconstruction of the role of melancholy in Benjamin's Origin of the German Trauerspiel, participates in [the] scholarly return to Benjamin's philosophical beginnings . . . [H]er analysis offers a fresh, concise, and insightful presentation, formulated in exemplary clarity, of Benjamin's early inquiry into the interrelations among melancholy, language, and truth."

"It is the merit of Ferber's Philosophy and Melancholy to let such a call of an infinite responsibility reach us through such a careful, loving, and attentive reading of Benjamin . . . I know very few books in our contemporary time which have so powerfully intervened in debates concerning mood as linguistic and philosophical phenomenon . . . [T]he book as it stands is still beautiful and an important to some of the deepest concerns of our time."

"Ferber enters the burgeoning field of Benjamin scholarship with her meticulous study . . . Readers interested in working through the details of Benjamin's philosophy will find much in this book . . . Recommended."

"An impressive work of articulate scholarship, Philosophy and Melancholy: Benjamin's Early Reflections in Theater and Language is a highly recommended and welcome addition to academic library Philosophical Studies reference collections and an important critique for students of Walter Benjamin's life and work."

"This is a remarkable and timely study of Walter Benjamin's early writings. No longer an obscure hermetic work from some distant historical moment, Benjamin's Trauerspiel becomes central to contemporary philosophical concerns."

"Ilit Ferber's study of the structuring role played by the concept of melancholy in Benjamin's Origin of German Trauerspiel offers a penetrating and absolutely original account of a central problem in Benjamin's development of a philosophically-based criticism. Ferber's book reveals melancholy, usually treated as something merely subjective and psychological, as a 'fundamental mood of philosophical disclosure' and a 'philosophical, structural edifice.' By displacing the emphasis from personal pathology to historical and philosophical structures, she is able to open up melancholy as a structure of loss with profound consequences for narrative, history, and philosophy. The full thrust of Benjamin's emphasis on Baroque eschatology emerges here for the first time: the loss of the world, both present and impending, is represented as the melancholic structure of an era.Philosophy and Melancholy intervenes powerfully in contemporary debates on the ongoing role of psychoanalytic criticism, on the philosophical problem of the relationship of consciousness to objects, and on the role of affect in language." 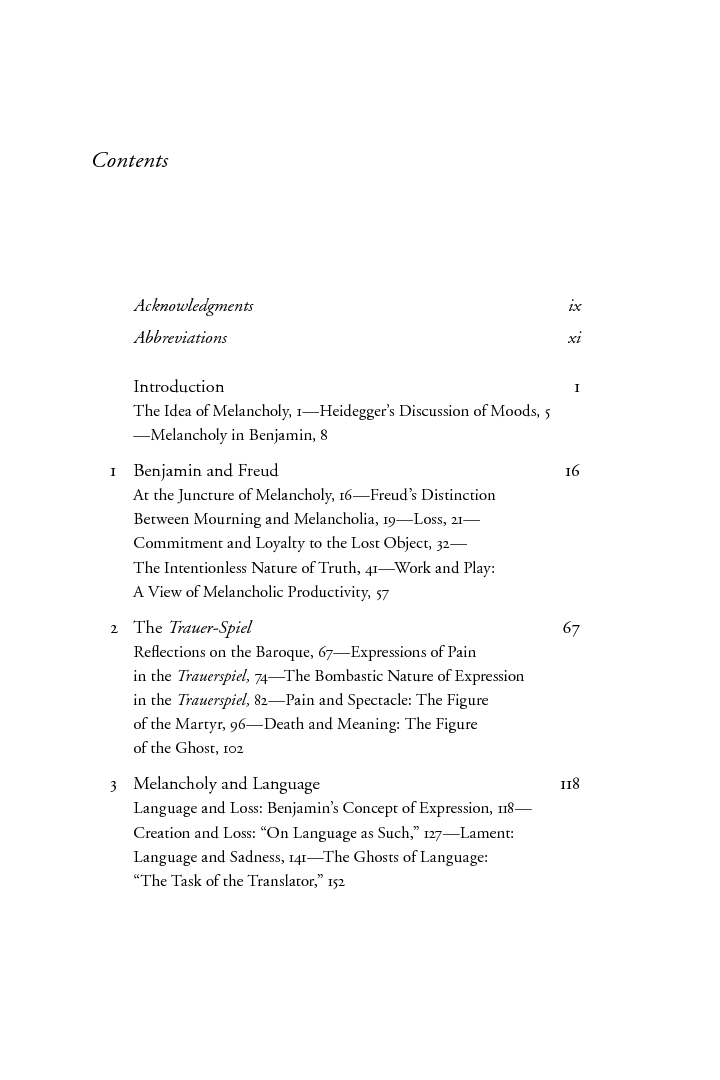 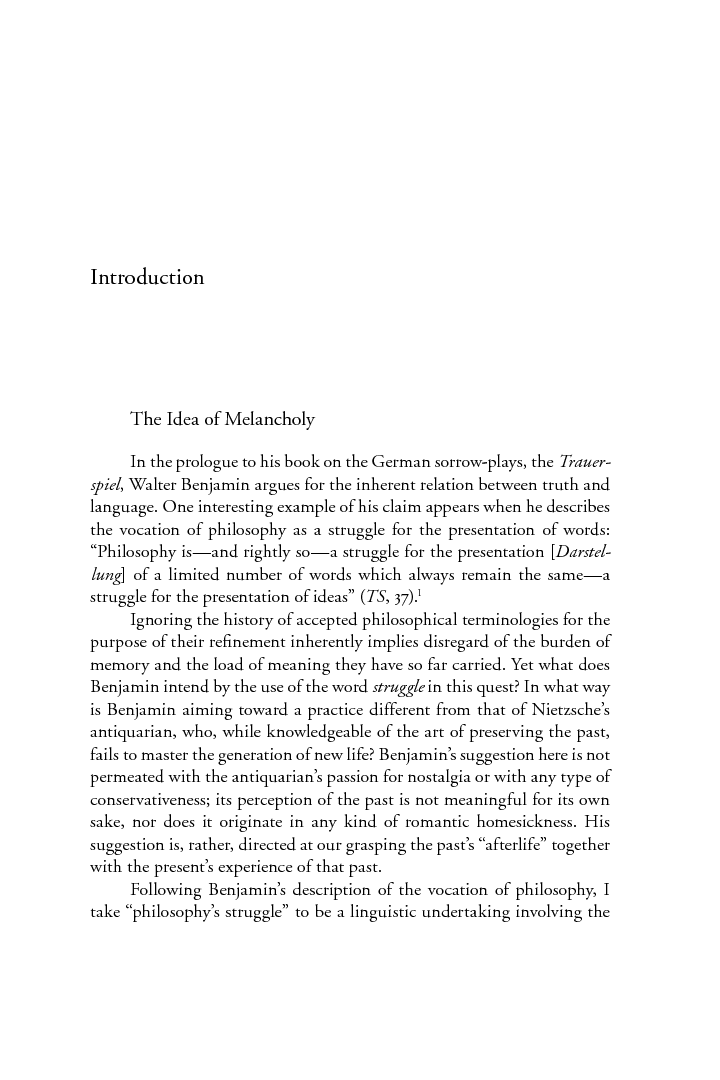