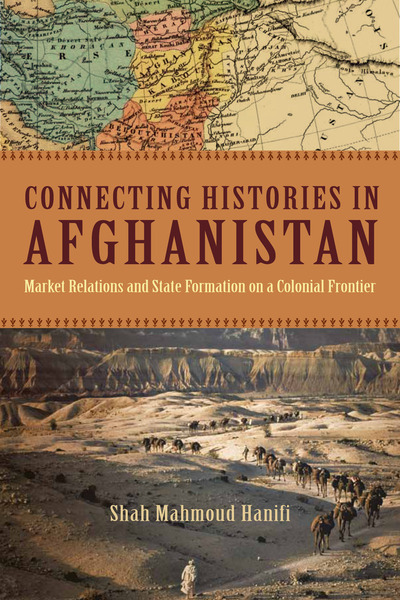 Most histories of nineteenth-century Afghanistan argue that the country remained immune to the colonialism emanating from British India because, militarily, Afghan defenders were successful in keeping out British imperial invaders. However, despite these military victories, colonial influences still made their way into Afghanistan. Looking closely at commerce in and between Kabul, Peshawar, and Qandahar, this book reveals how local Afghan nomads and Indian bankers responded to state policies on trade.

British colonial political emphasis on Kabul had significant commercial consequences both for the city itself and for the cities it displaced to become the capital of the emerging Afghan state. Focused on routing between three key markets, Connecting Histories in Afghanistan challenges the overtly political tone and Orientalist bias that characterize classic colonialism and much contemporary discussion of Afghanistan.

"Hanifi's book provides an important contribution to our historical understanding of nineteenth century Afghanistan. There is no work that has mined the colonial archives to provide such a detailed examination of the role of trade, markets, and finance in the problematic process of Afghan state-building. Given current interest in Afghanistan, the book has topicality—and it raises important questions, particularly with regard to the intersections between the history of markets and the history of colonialism, that will be of wide interest to historians."

"Hanifi presents what many have erroneously thought to be a simple and straightforward story in a new light. Covering material that has been largely unexplored up to now, he ties Afghanistan's robust history into the global processes shaping the modern world. This is a highly original, innovative, and engaging work."

"A brilliant revisionist study that argues that the conventional view of Afghanistan as a model of resistance to colonial power is a myth and that in reality Afghanistan was from the outset a 'colonial construct' whose economic institutions, in particular its commercial and monetary policies, were determined by policies over which it had little or no control. Students of Afghan history will never approach it in quite the same way again." 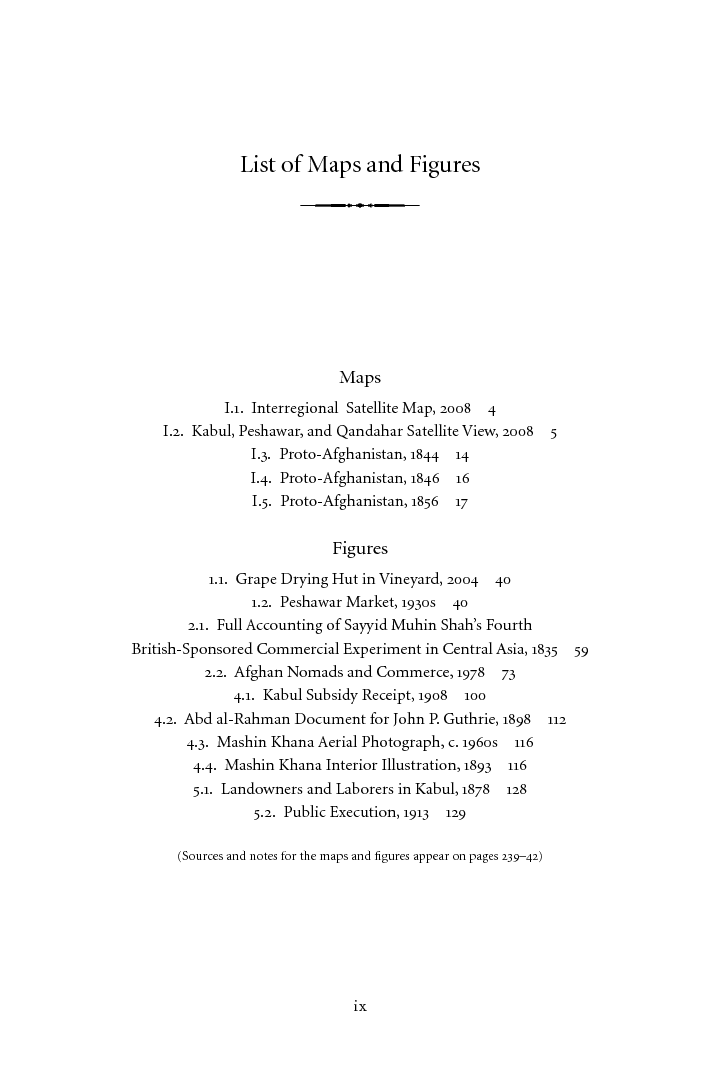 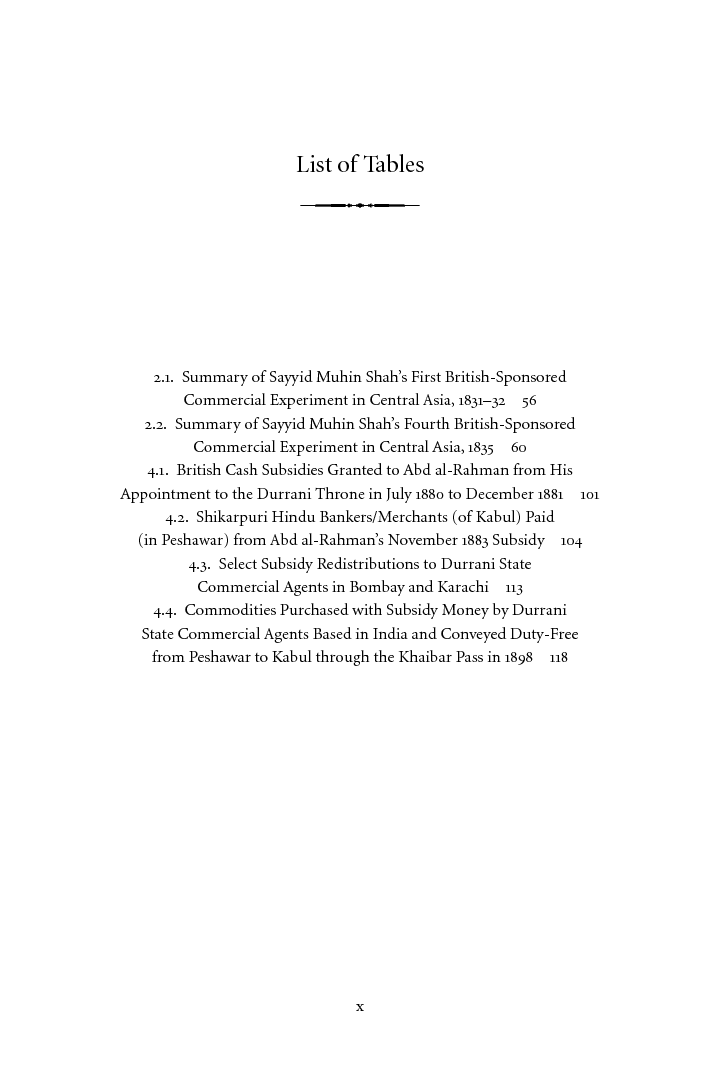 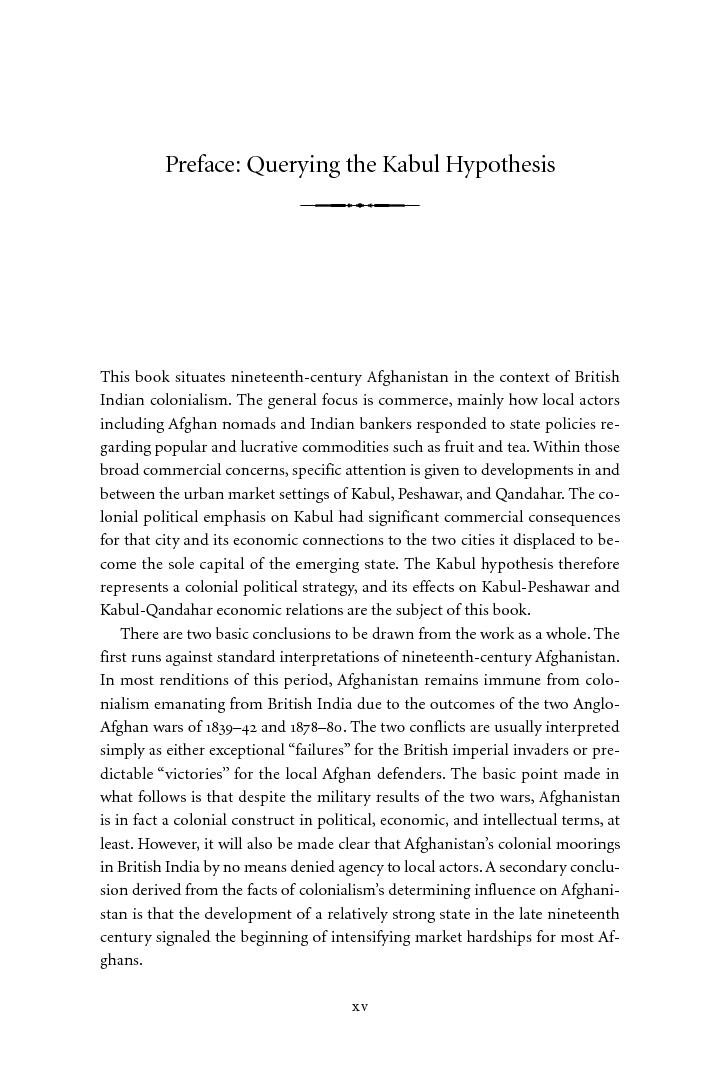 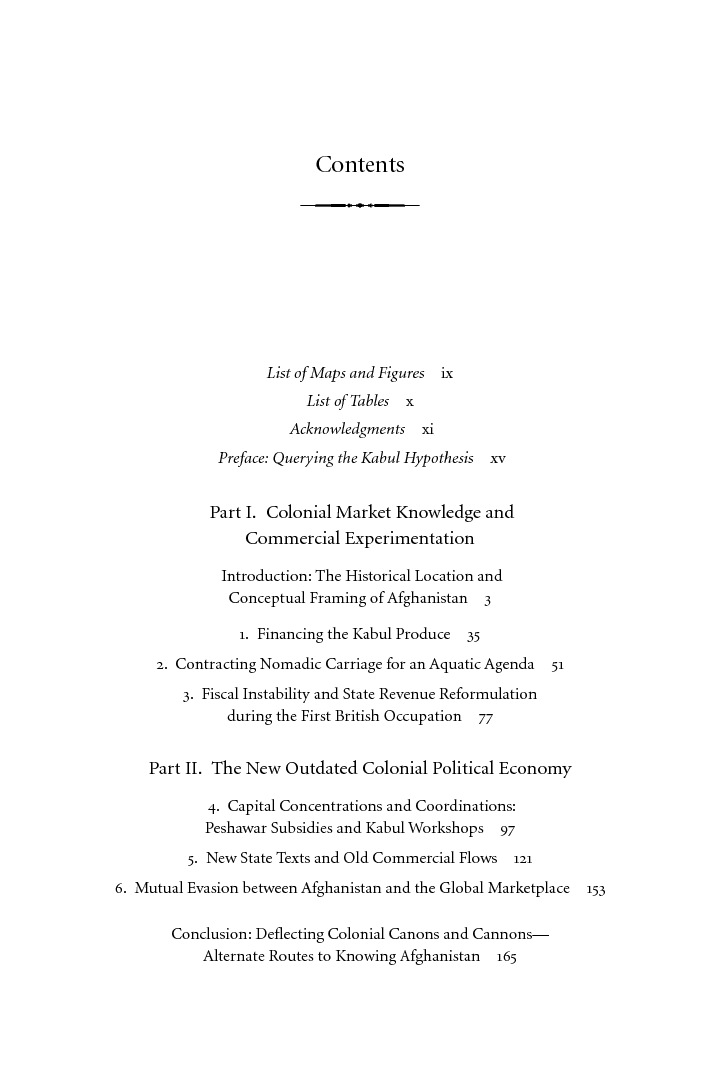