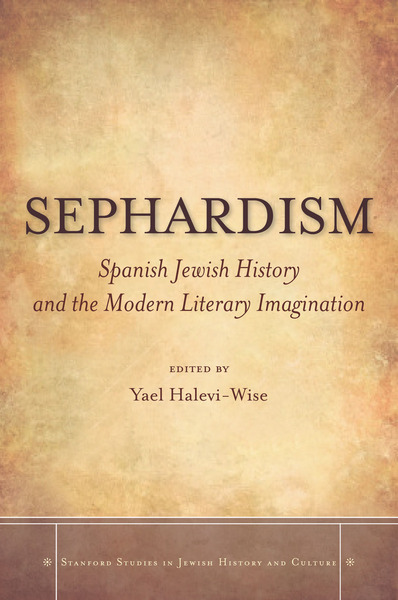 In this book, Sephardism is defined not as an expression of Sephardic identity but as a politicized literary metaphor. Since the nineteenth century, this metaphor has occurred with extraordinary frequency in works by authors from a variety of ethnicities, religions, and nationalities in Europe, the Americas, North Africa, Israel, and even India.

Sephardism asks why Gentile and Jewish writers and cultural figures have chosen to draw upon the medieval Sephardic experience to express their concerns about dissidents and minorities in modern nations? To what extent does their use of Sephardism overlap with other politicized discourses such as orientalism, hispanism, and medievalism, which also emerged from a clash between authoritarian, progressive, and romantic ideologies? This book brings a new approach to Sephardic Studies by situating it at a crossroads between Jewish Studies and Hispanic Studies in ways that enhance our appreciation of how historical fiction and political history have shaped, and were shaped by, historical attitudes toward Jews and their representation.

Yael Halevi-Wise is Associate Professor of English and Jewish Studies at McGill University. She is the author of Interactive Fictions: Scenes of Storytelling in the Novel (2003).

"One might not have imagined that the fate of the Jews banished in 1492 from Spain (in Hebrew, Sepharad) could yield such abundant material for the artistic imagination, yet this volume [] is proof precisely to the contrary . . . Sephardism functions in the end as a symbol for the modern condition, and so this "Postscript" by Halevi-Wise brings us around full circle to the original aim of the study: to show that 'Sephardic history has played a key role in shaping our world'."

"A review such as this can only hint at the abundance of rewarding analysis that went into each of the articles presented here. Each of them can stand on its own merits as valid independent scholarship. Happily, the fact that they have been brought together here by the commonality of the Sephardic theme adds further weight to their perspectives."

"This book offers a fresh and creative take on the ways that modern authors have imagined Sephardic Jews or employed the trope of Sepharad in order to advance various political, moral, or literary projects. Sephardism's geographical and thematic range and its unique approach will make the theme of Sepharad relevant to a wide-ranging group of scholars not otherwise engaged in Sephardic or even Jewish Studies—a true feat."

"Sephardism: Spanish Jewish History & the Modern Literary Imagination is a tour-de-force in the study of Jews as 'other' in the modern literary consciousness. So much time has been spent in the West studying the image of Ashkenaz in both Western Jewish and non-Jewish letters that the constant presence of Sepharad has been underestimated or ignored. The double Jewish other—Oriental, mysterious, more authentic, representing the utopian moment when Jews, Muslims and Christians lived symbiotically together—comes to be the gold standard by which Jews and non-Jews come to imagine both Jewish modernity and Jewish history, even today. An important addition to every library." 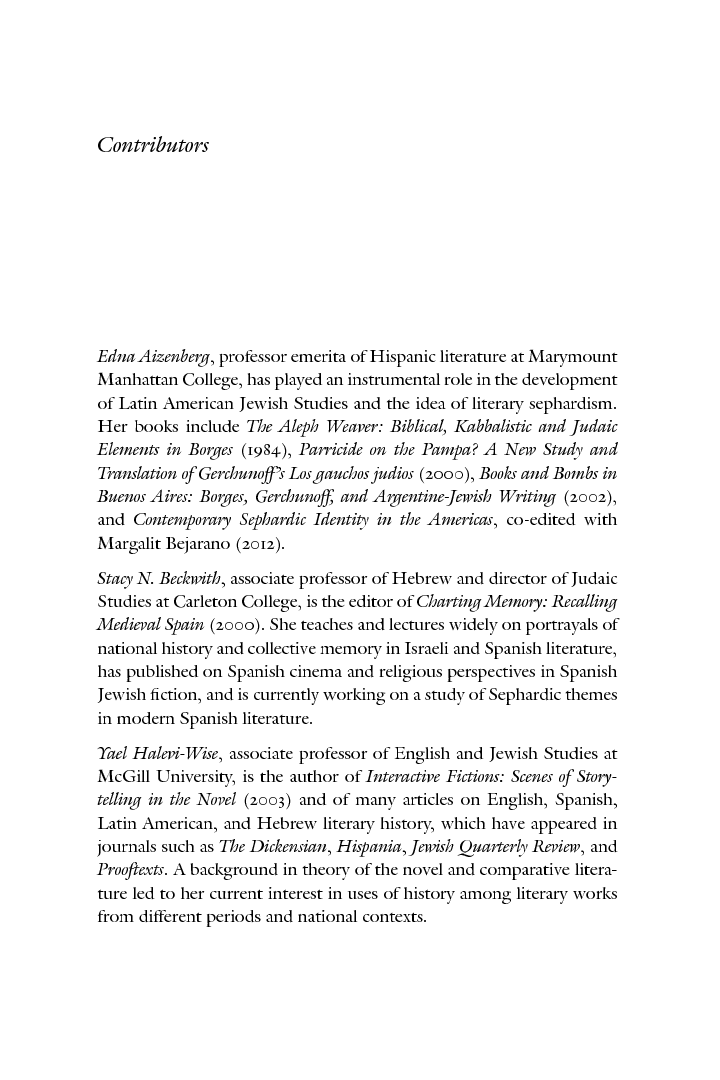 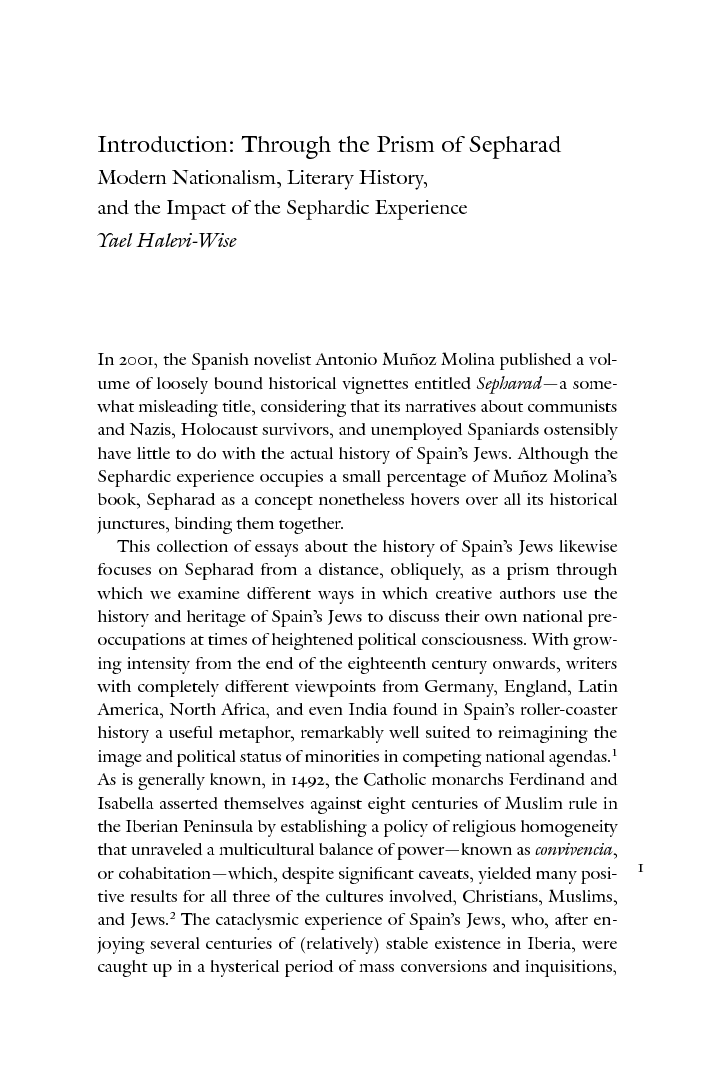 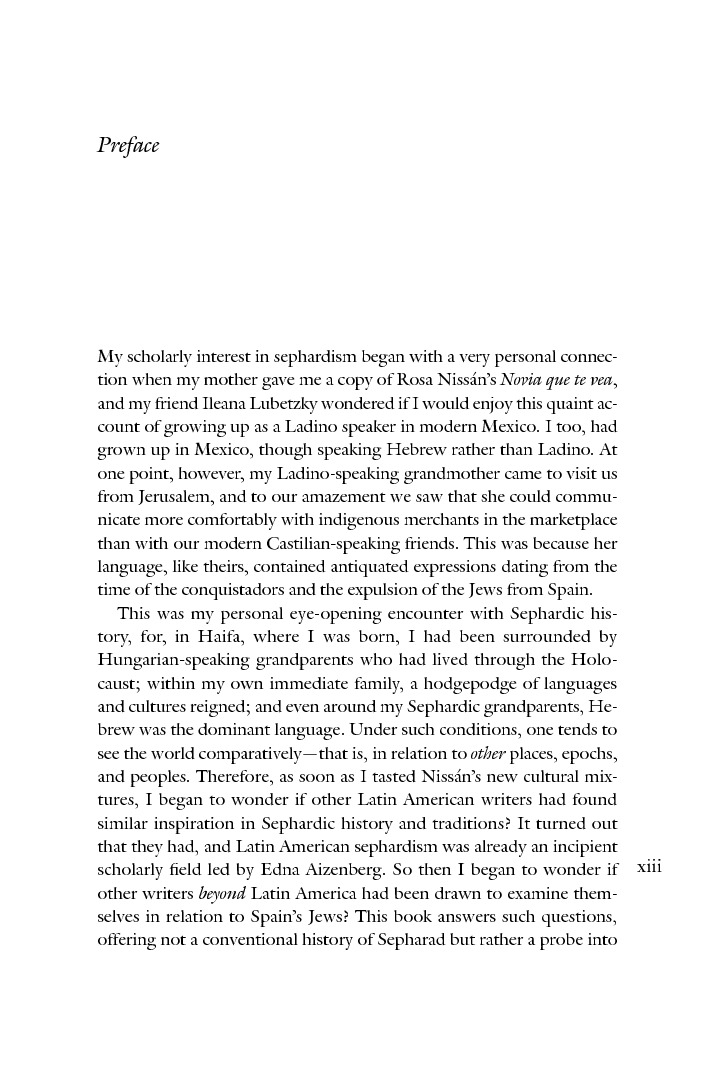 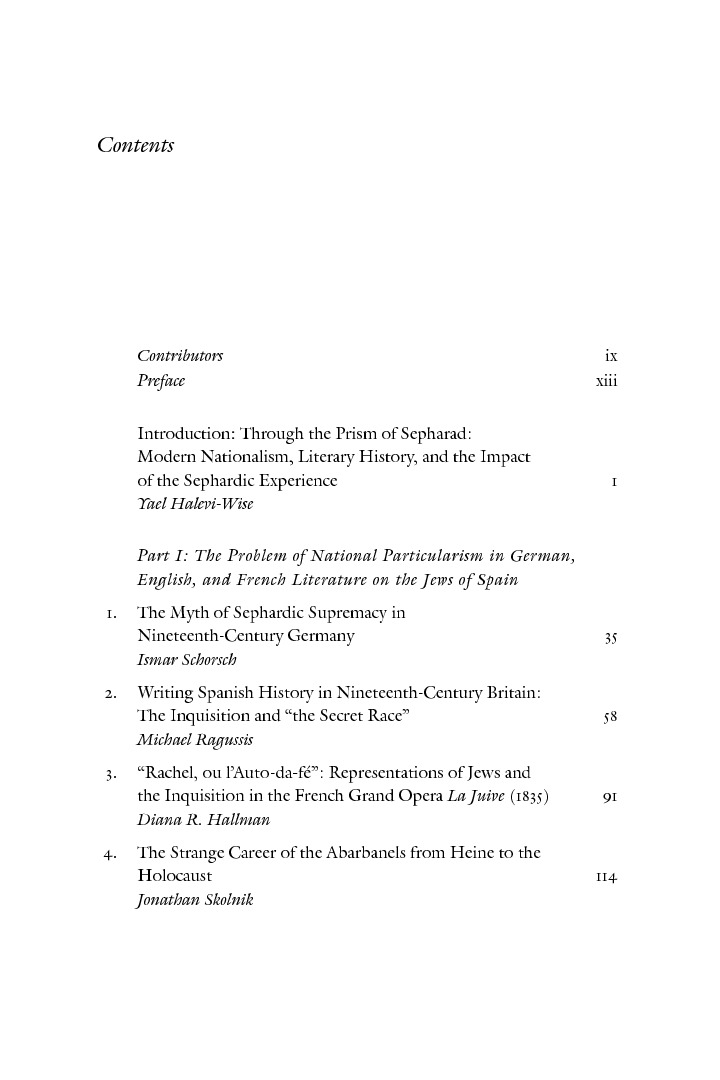