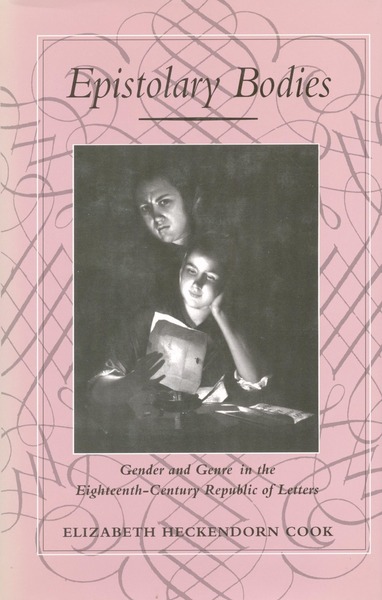 Informed by Jurgen Habermas's public sphere theory, this book studies the popular eighteenth-century genre of the epistolary narrative through readings of four works: Montesquieu's Lettres persanes (1721), Richardson's Clarissa (1749-50), Riccoboni's Lettres de Mistriss Fanni Butlerd (1757), and Crevecoeur's Letters from an American Farmer (1782).The author situates epistolary narratives in the contexts of eighteenth-century print culture: the rise of new models of readership and the newly influential role of the author; the model of contract derived from liberal political theory; and the techniques and aesthetics of mechanical reproduction. Epistolary authors used the genre to formulate a range of responses to a cultural anxiety about private energies and appetites, particularly those of women, as well as to legitimate their own authorial practices. Just as the social contract increasingly came to be seen as the organising instrument of public, civic relations in this period, the author argues that the epistolary novel serves to socialise and regulate the private subject as a citizen of the Republic of Letters.

Elizabeth Heckendorn Cook is Assistant Professor of English at Yale University and one of the contributors to Body and Text in the Eighteenth Century, edited by Veronica Kelly and Dorothea E. von Mucke (Stanford, forthcoming).