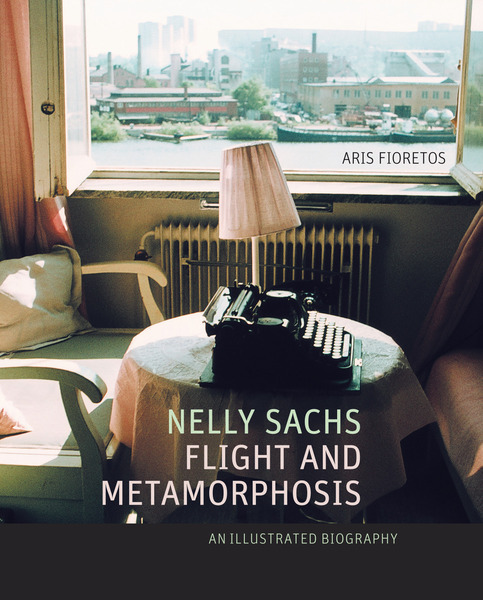 This richly illustrated biography is the first book in English to chronicle the life of Nelly Sachs (1891–1970), recipient of the 1966 Nobel Prize in Literature. The book follows Sachs from her secluded years in Berlin as the only child of assimilated German Jews, through her last-minute flight from the Nazis in 1940, to her exile in "peaceful Sweden"—a time of poverty and isolation, but also of growing fame. Enriched by over 300 images of Sachs's manuscripts, photographs, and possessions, Flight and Metamorphosis not only offers detailed insights into the contexts of Sachs's formation as a writer, but also looks at themes of trauma and testimony in her central works.

Aris Fioretos draws upon many previously unknown manuscripts, documents, medical records, and photos to produce the first reliably detailed narratives of Sachs's foundational experiences: her teenage years when she experienced the unrequited love later designated as the source for her entire oeuvre; her involvement with the Jewish Cultural League—seven years marked by mounting terror but also by her first public recognition as a writer; and her exposure to the radical Modernism of Swedish poetry in the 1940s. The book further describes the years of public recognition, addresses the paranoia that marked Sachs's final decade, and scrutinizes her close but complicated friendship with Paul Celan. An interview with Sachs's dear friend Margaretha Holmqvist provides touching insights into both her life in the 1960s and the events leading up to the Nobel Prize. Throughout, the book emphasizes the singularity of Sachs's accomplishments as a writer and the exemplarity of her existential situation—as a woman, as an exile, and—as she herself said—"a battleground."

A professor of Aesthetics at Södertörn University in Stockholm, Sweden, Aris Fioretos was educated at Stockholm and Yale Universities. The recipient of numerous prizes and fellowships, most recently from the Swedish Academy and All Souls College, Oxford, he has published several novels and book-length essays and has rendered the works of Paul Auster, Friedrich Hölderlin, and Vladimir Nabokov into Swedish. His latest, award-winning novel is entitled The Last Greek (2009). Fioretos is also the general editor of the first commented edition of the complete works of Nelly Sachs in German.

"[S]achs is served well by Fioretos, whose comprehensive biography is based on material from archives, interviews and other biographies. The size of a coffee-table book, Flight and Metamorphosis draws the reader into her life and times through photographs, hand-written notes and poems, images of her typewriter, and childhood toys and drawings. Fioretos tells the story with all the suspense of a good novel."

"For some years the time has been ripe for a literary biography of Nelly Sachs. Now these thorough, thoughtful, deeply studied pages, enlivened by remarkable images, should become a definitive source. Along with her close comrade Paul Celan, though not wholly like him, Sachs draws us into a molten history we forget at our peril."

—John Felstiner, author of Translating Neruda: The Way to Macchu Picchu, Paul Celan: Poet, Survivor, Jew, and Can Poetry Save the Earth? A Field Guide to Nature Poems

"Fioretos' elegantly written biography is the first of Sachs to appear in English . . . To its credit, Fioretos' lucid, well-researched book never feels hagiographic, despite its abundant expressions of admiration for its subject." 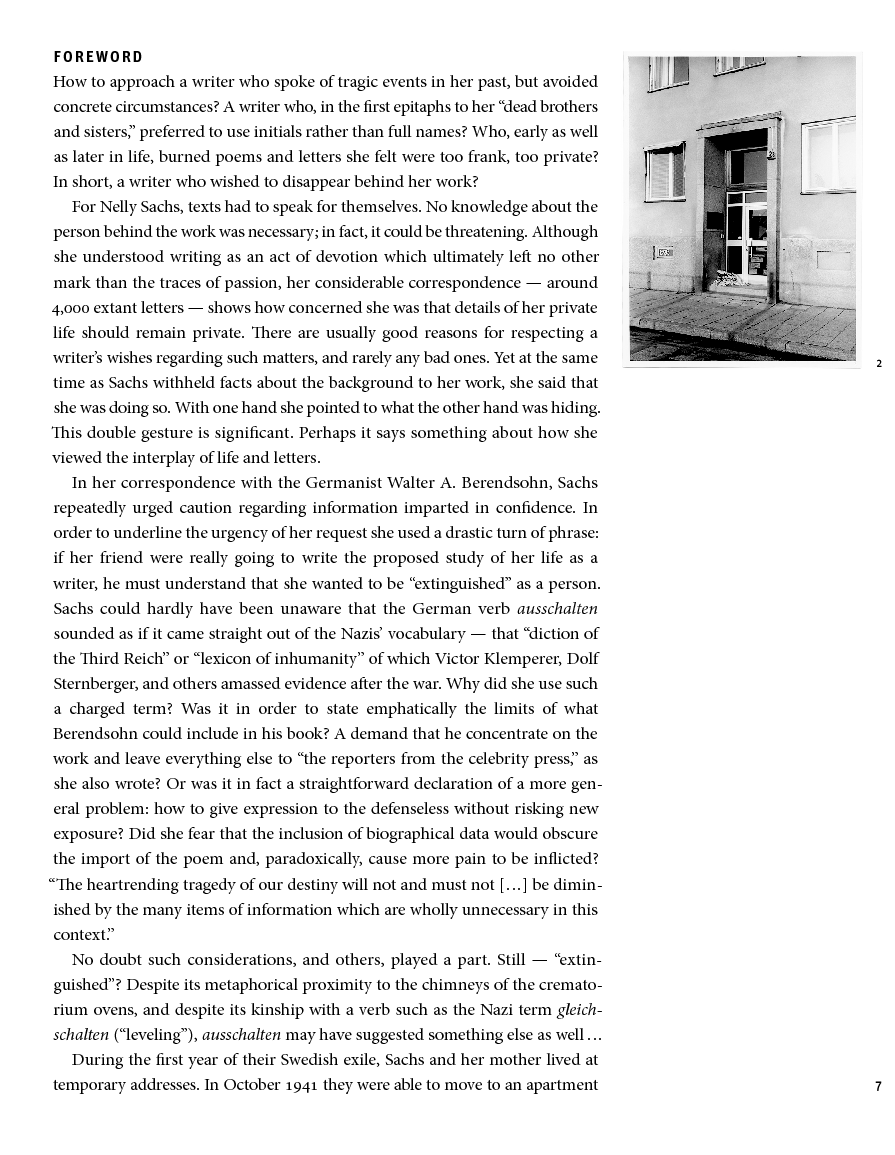 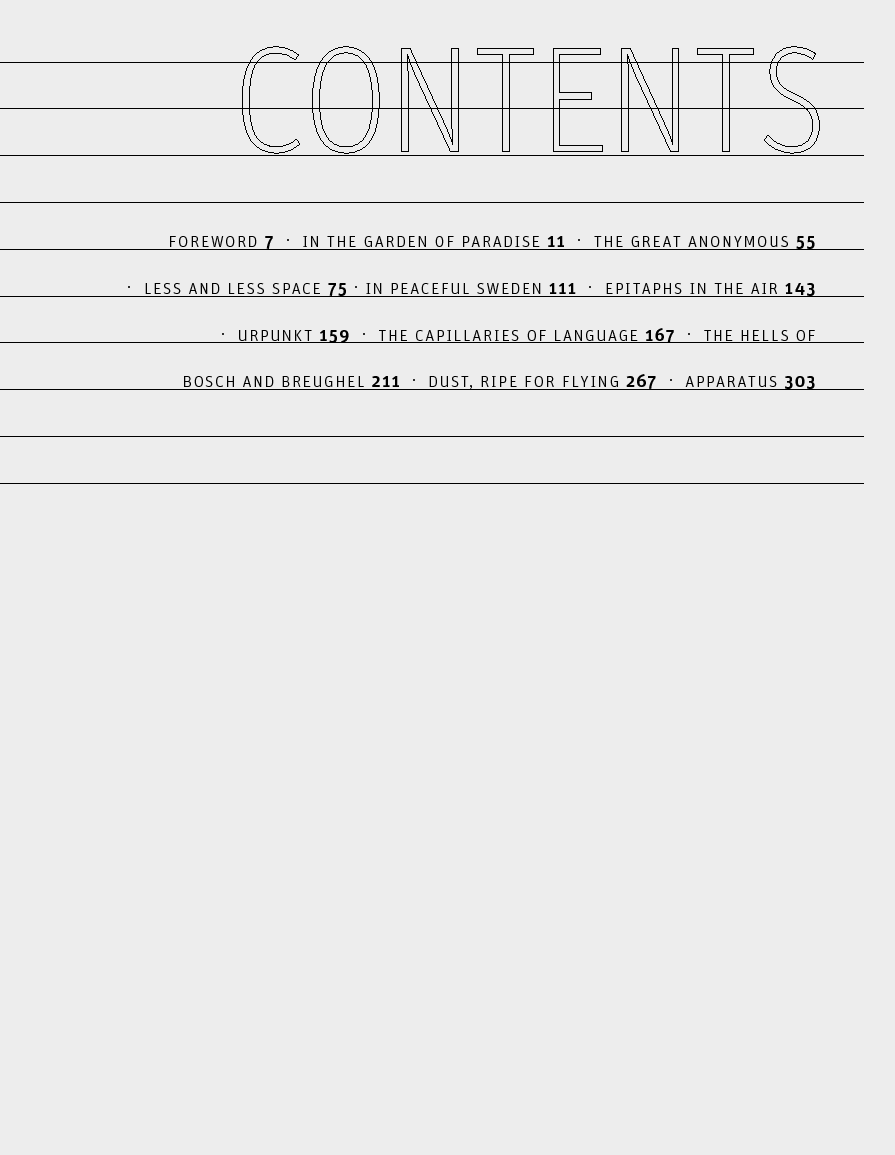