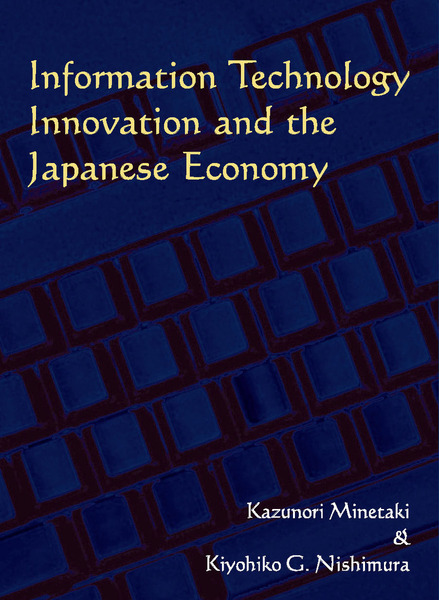 The notion that innovation in information technology could spark a revitalization of the Japanese economy became a hot topic in 2000, and the Japanese government announced an e-Japan Strategy for creating a "knowledge emergent society" in January 2001. However, just when a consensus seemed to be emerging regarding the importance of IT innovation in Japan, the country's IT industries were deeply influenced by a recession that originated in the U.S. Although economic conditions have improved, strong IT-driven economic growth in Japan has not bounced back.

Using a newly constructed set of data, this book examines how the Japanese economy has been affected by advances in information and communications technology, and whether Japan's experience with IT advancement was a short-lived bubble or part of a truly revolutionary change in the Japanese economy that will lead to long-term growth. The authors discuss similarities and differences between Japan's experience with IT innovation and that of the United States, where IT is thought to have played a major role in stimulating the economy.

Kiyohiko G. Nishimura is Deputy Governor of the Bank of Japan. Previously, he was on the Faculty of Economics at the University of Tokyo.

"The most rigorous analysis I have seen of IT in Japan."

"The impact of IT on the Japanese economy is of great importance to specialists inside and outside Japan, and this book is by far the most detailed treatment the subject has received. The authors present an original point of view that I find very persuasive, and the international comparability of the material on Japan should attract a wide audience."