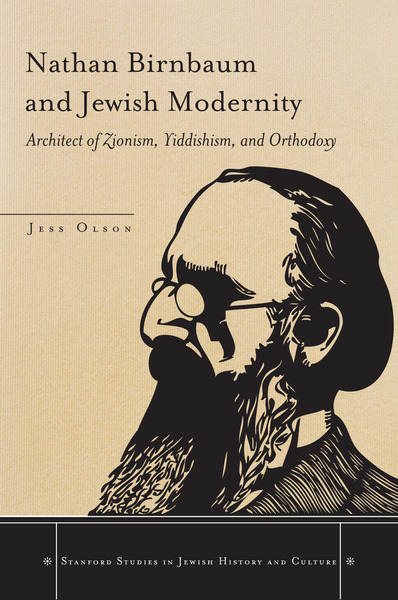 This book explores the life and thought of one of the most important but least known figures in early Zionism, Nathan Birnbaum. Now remembered mainly for his coinage of the word "Zionism," Birnbaum was a towering figure in early Jewish nationalism. Because of his unusual intellectual trajectory, however, he has been written out of Jewish history. In the middle of his life, in the depth of World War I, Birnbaum left his venerable position as a secular Jewish nationalist for religious Orthodoxy, an unheard of decision in his time. To the dismay of his former colleagues, he adopted a life of strict religiosity and was embraced as a leader in the young, growing world of Orthodox political activism in the interwar period, one of the most successful and powerful movements in interwar central and eastern Europe.

Jess Olson brings to light documents from one of the most complete archives of Jewish nationalism, the Nathan and Solomon Birnbaum Family Archives, including materials previously unknown in the study of Zionism, Yiddish-based Jewish nationalism, and the history of Orthodoxy. This book is an important meditation on the complexities of Jewish political and intellectual life in the most tumultuous period of European Jewish history, especially of the interplay of national, political, and religious identity in the life of one of its most fascinating figures.

Jess Olson is Assistant Professor of Jewish History and Associate Director of the Center for Israel Studies at Yeshiva University in New York.

"Researchers of Yiddish as well as those devoted to the study of East European Jewish history in general will welcome this book-length study of Nathan Birnbaum, perhaps the foremost ideologue of Ashkenazic Jewry . . . Olson has provided us with a solid grasp of the work of Nathan Birnbaum. Moreover, for the study of Jewish languages, Olson has established that language planning is integrated into social and cultural planning."

"This book is recommended for synagogue, personal, and academic collections."

"Olson expertly traces his remarkable trajectory across continents and intellectual movements. . . Olson's vivid portrait of Birnbaum introduces the reader to a man who not only proposed utopian solutions borne of deep pessimism but also laboured feverishly, to his material and physical detriment, to implement innovative and at times radical strategies to realize them."

"A detailed account of this mercurial and celebrated figure. A persuasive case for a reconsideration of Birnbaum's place in the pantheon of European Jewish ideologues, publicists, and activists."

"Olson has filled a lacuna that should have been addressed long ago. He brings readers into the mind of this profound intellectual and neglected Jewish leader, helping us to understand both what drove Birnbaum over his six-decade multifaceted career and the tensions and choices of his contemporaries and successors." 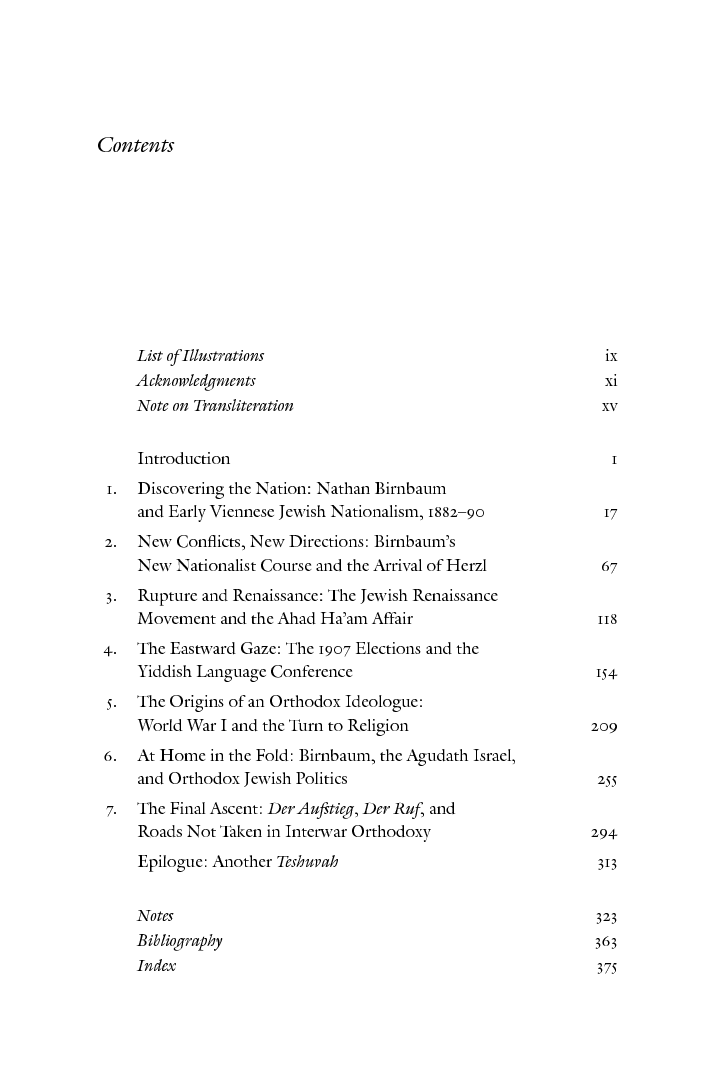 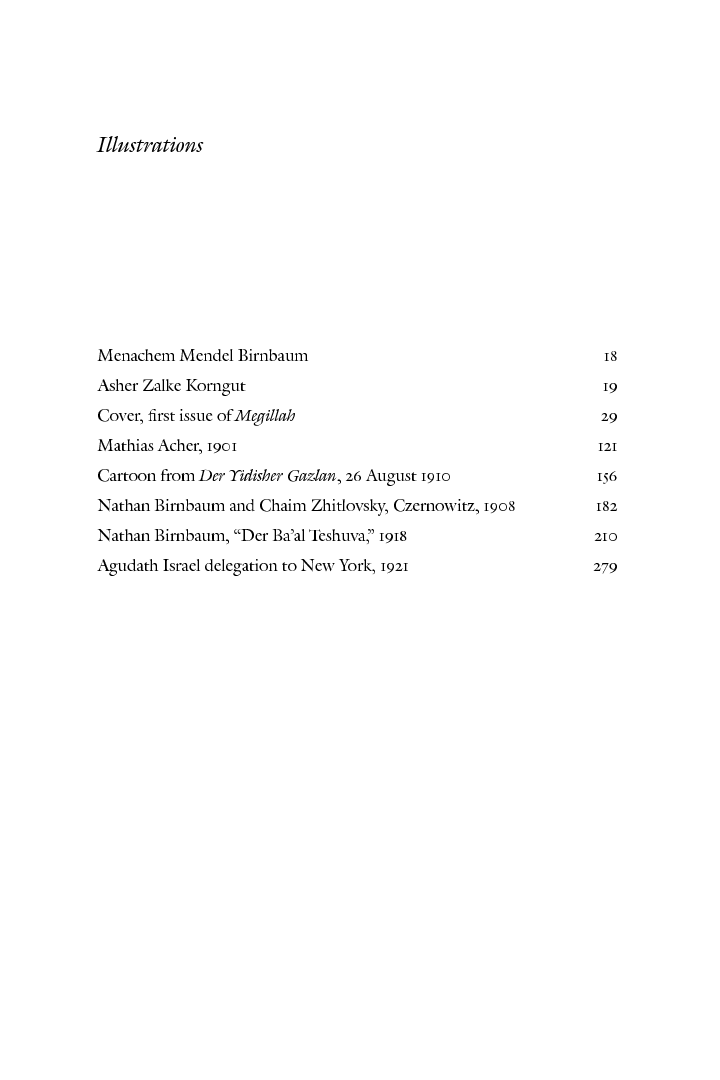