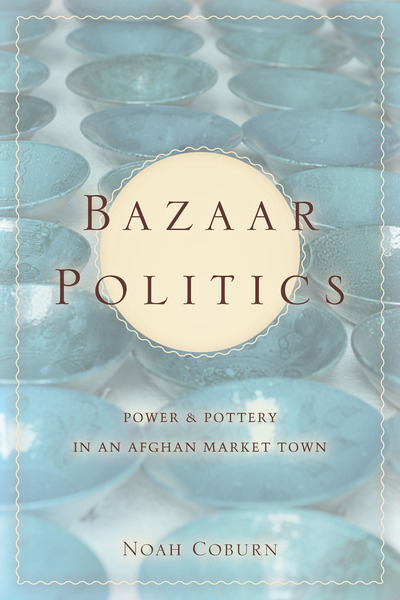 After the fall of the Taliban, instability reigned across Afghanistan. However, in the small town of Istalif, located a little over an hour north of Kabul and not far from Bagram on the Shomali Plain, local politics remained relatively violence-free. Bazaar Politics examines this seemingly paradoxical situation, exploring how the town's local politics maintained peace despite a long, violent history in a country dealing with a growing insurgency.

At the heart of this story are the Istalifi potters, skilled craftsmen trained over generations. With workshops organized around extended families and competition between workshops strong, kinship relations become political and subtle negotiations over power and authority underscore most interactions. Starting from this microcosm, Noah Coburn then investigates power and relationships at various levels, from the potters' families; to the local officials, religious figures, and former warlords; and ultimately to the international community and NGO workers.

Offering the first long-term on-the-ground study since the arrival of allied forces in 2001, Noah Coburn introduces readers to daily life in Afghanistan through portraits of local residents and stories of his own experiences. He reveals the ways in which the international community has misunderstood the forces driving local conflict and the insurgency, misunderstandings that have ultimately contributed to the political unrest rather than resolved it. Though on first blush the potters of Istalif may seem far removed from international affairs, it is only through understanding politics, power, and culture on the local level that we can then shed new light on Afghanistan's difficult search for peace.

Noah Coburn has worked as a specialist for the United States Institute of Peace in Kabul, Afghanistan, as well as a researcher for the Afghanistan Research and Evaluation Unit and the Aga Khan Trust for Culture. Between 2006 and 2008, he spent eighteen months doing research in an Afghan village on the Shomali Plain. He holds a PhD in anthropology from Boston University, and has taught at the University of Michigan, Boston University, and Skidmore College.

"[Coburn's] single-case, ethnographic approach has a distinct advantage: It allows him to paint a fascinating and finely detailed portrait of a local political system that defies many Western categories and concepts of governance . . . an invaluable perspective on the international operation."

"This book is based on an ethnographic study of Istalif, a small town north of Kabul. . . Coburn's strongest opinions emerge when he writes about local NGO's, and about the presence of international military and development groups in the town. . . [His facts] raise many questions about class relations in Istalif and in the region, and other important questions about the effects of current styles of imperial war on everyday lives."

"Soldiers and civilians deploying to Afghanistan and those writing policy papers can all profit from Coburn's work. The focus on a single village opens understanding of crucial factors about Afghanistan that need comprehension; the complexities of political power, why decisions are often difficult to achieve, the superficiality of NGO and foreign interventions, and the fictions that sustain political interactions are as enlightening as they are humbling to our theorizing. This book is worth reading."

—Ronald Neumann, US Ambassador to Afghanistan 2005-2007, author of The Other War: Winning and Losing in Afghanistan

"Coburn explores and explains a strange paradox in Afghan politics: that local communities appear to have the means to maintain stability even when the national government does not. This is the first ethnographic study published on post-2001 Afghanistan, and is highly recommended not only for those interested in Afghanistan, but those seeking a new perspective on comparative politics more generally." 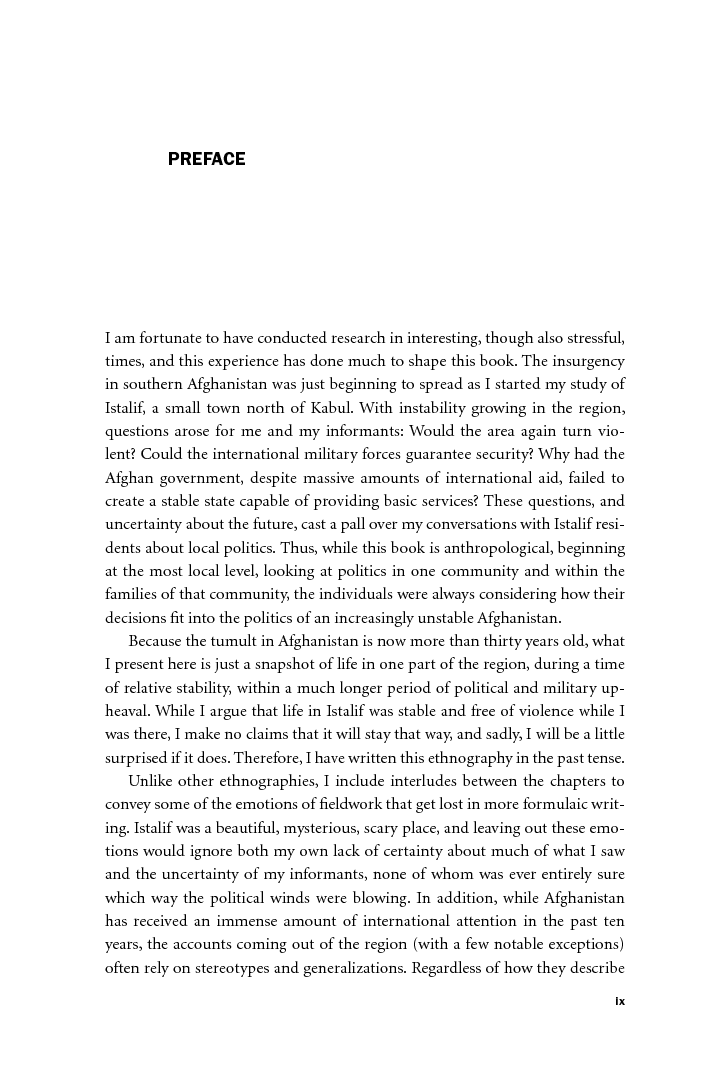 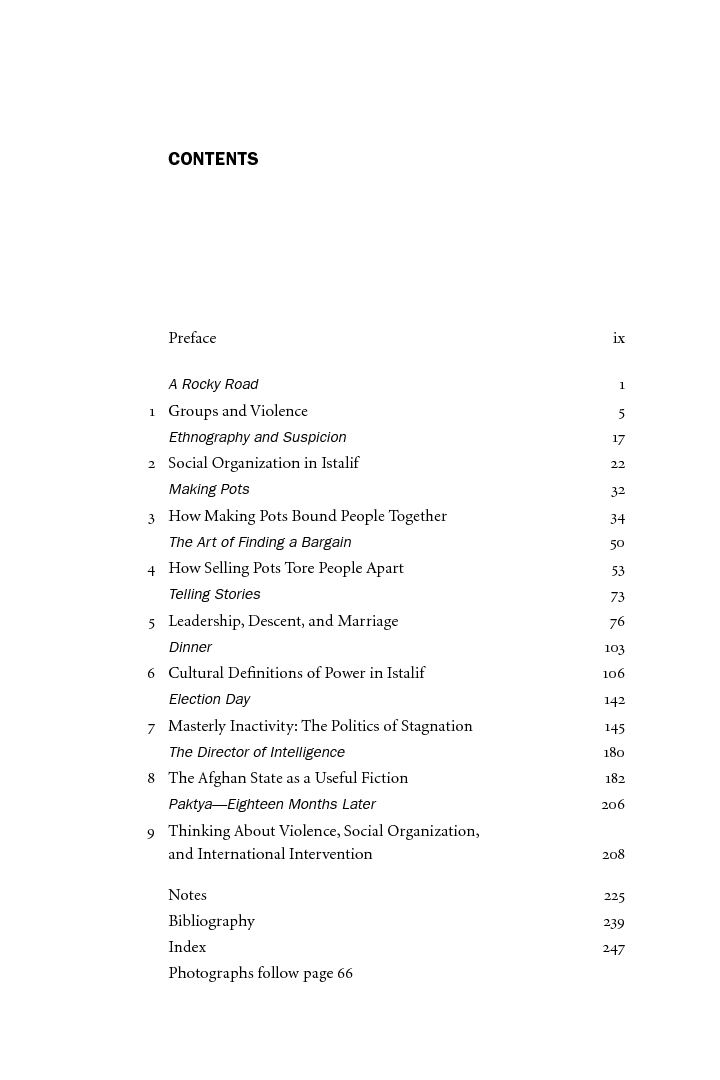