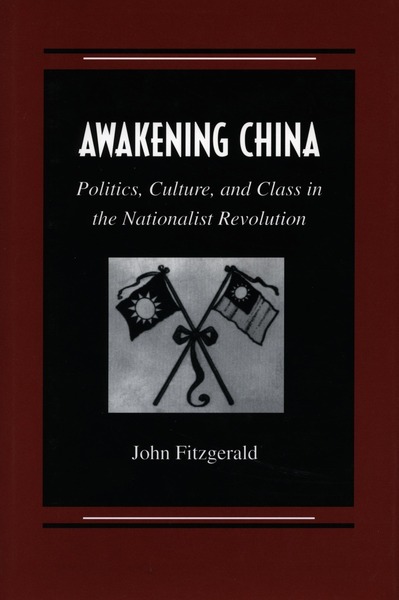 Winner of the 1998 Levenson Book Prize for Modern China, sponsored by the Association for Asian Studies.

The book follows the legend of China’s awakening from its origins in the European imagination, to its transmission to China and its encounters with a lyrical Chinese tradition of ethical awakening, to its incorporation and mobilization in a mass movement designed to wake up everyone. Fiction and fashion, architecture and autobiography, take their places alongside politics and history, and the reader is asked to move about among writers, philosophers, ethnographers, revolutionaries, and soldiers who would seem to have little in common.

The book focuses on the Nationalist movement in south China, highlighting the role of Sun Yat-sen as director of awakenings in the Nationalist Revolution and the place of Mao Zedong as his successor in the politics of mass awakening. Of special interest is the previously untold story of Mao’s role in the Nationalist Propaganda Bureau, showing Mao as a master of propaganda and discipline, rather than as peasant movement activist.

"Based on broad, accurate scholarship, this distinguished work provides a searching synthesis of a number of important themes in early twentieth-century Chinese history."

"A vivid account of how Chinese revolutionaries and intellectuals awakened China during the Republican Revolution. . . . Initially, Fitzgerald offers an interesting and detailed analysis of the process of awakening China . . . illustrated through contemporary developments in the fields of art and architecture, museums and medicine, fiction and essays, journalism and propaganda, political institutions, and mass organization. . . . Second, an important feature of Fitzgerald's book is that the author develops a comparison between the Communists and the Nationalists, between Sun and Mao in their efforts to awaken China. . . . Third, not only does this book add to an understanding of the politics of mass awakening, it also contributes to a broader understanding of Chinese art history, ethics, and ethnography during the first three decades of this century."

"This is a brilliant book. Anyone trying to grapple with the rise of China and the struggle for political liberalization there simply must read it."