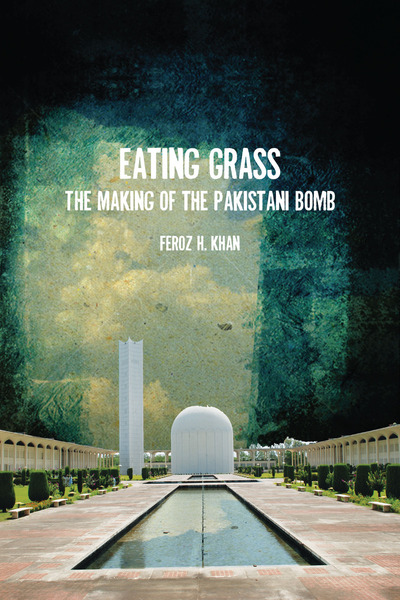 Eating Grass
The Making of the Pakistani Bomb
Feroz Khan

The history of Pakistan's nuclear program is the history of Pakistan. Fascinated with the new nuclear science, the young nation's leaders launched a nuclear energy program in 1956 and consciously interwove nuclear developments into the broader narrative of Pakistani nationalism. Then, impelled first by the 1965 and 1971 India-Pakistan Wars, and more urgently by India's first nuclear weapon test in 1974, Pakistani senior officials tapped into the country's pool of young nuclear scientists and engineers and molded them into a motivated cadre committed to building the 'ultimate weapon.' The tenacity of this group and the central place of its mission in Pakistan's national identity allowed the program to outlast the perennial political crises of the next 20 years, culminating in the test of a nuclear device in 1998.

Written by a 30-year professional in the Pakistani Army who played a senior role formulating and advocating Pakistan's security policy on nuclear and conventional arms control, this book tells the compelling story of how and why Pakistan's government, scientists, and military, persevered in the face of a wide array of obstacles to acquire nuclear weapons. It lays out the conditions that sparked the shift from a peaceful quest to acquire nuclear energy into a full-fledged weapons program, details how the nuclear program was organized, reveals the role played by outside powers in nuclear decisions, and explains how Pakistani scientists overcome the many technical hurdles they encountered. Thanks to General Khan's unique insider perspective, it unveils and unravels the fascinating and turbulent interplay of personalities and organizations that took place and reveals how international opposition to the program only made it an even more significant issue of national resolve.

Listen to a podcast of a related presentation by Feroz Khan at the Stanford Center for International Security and Cooperation.

Brigadier General (retired) Feroz Khan is a lecturer in the Department of National Security Affairs at the Naval Postgraduate School, Monterey. He served with the Pakistani Army for 30 years, most recently as Director, Arms Control and Disarmament Affairs, within the Strategic Plans Division, Joint Services Headquarters, and has represented Pakistan in several multilateral and bilateral arms control negotiations.

"Feroz Hassan Khan's book Eating Grass: The Making of the Pakistani Bomb is a comprehensive description of Pakistan's campaign to develop its nuclear weapons . . . Eating Grass is in a class by itself because it is written by an author who served as director of arms control and disarmament affairs in the Strategic Plans Division of the Joint Services Headquarters of Pakistan . . . Khan brings to his book considerable experience not only as a scholar of the subject of nuclear nonproliferation but also as a practitioner of nuclear diplomacy."

"Comprehensive, detailed, and written with military precision and objectivity, Eating Grass: The Making of the Pakistani Bomb is an elegantly crafted and engaging history of the Pakistani efforts to obtain the atomic bomb that will become a reference work in the study of Pakistan and its nation-defining relationship with the nuclear program."

"Eating Grass will become the authoritative volume on Pakistan's nuclear trajectory, from its uncertain beginnings to Pakistan's present development of tactical nuclear weapons . . . [T]his is the best volume we have."

"In this important and impressive new work, Khan traces the development of Pakistan's nuclear-weapons program from partition to the present . . . Khan succeeds admirably in sifting through published accounts and weaving in details and anecdotes from his numerous interviews with key participants."

"Feroz Khan, a retired Pakistan Army general who served as Director of the Strategic Plan Division, Pakistan's nuclear security apparatus, has written the first comprehensive insider account of the Pakistani nuclear weapons program . . . Framed as a story of indigenous triumph, Eating Grass nonetheless also serves as a history of the failure of non-proliferation regimes—or as a how-to guide for how to evade them."

"Eating Grass: The Making of the Pakistani Bomb, uses primary source material and personal interviews to explain and analyze the genesis of Pakistan's nuclear program. Understanding Pakistan's nuclear development is not only important for Pakistan scholars but also for nuclear analysts more broadly. Nuclear scholars are working with an incredibly small sample of nine nuclear states, so gaining a robust understanding of each nation's path to the bomb is essential. General Khan discussed a wide range of issues as an introduction to his book's more comprehensive analysis."

"Khan provides a comprehensive history of Pakistan's nuclear program. . . . Khan explains the reasons behind Pakistan's dogged pursuit of nuclear deterrence, including why it was willing to pay any price to achieve nuclear capability. . . . Recommended."

"Eating Grass fills a big gap in the scholarly literature. Feroz Khan's book about Pakistan's nuclear program takes its place beside the authoritative volumes on U.S., Soviet, Chinese, Indian, and Israeli nuclear histories. Going beyond the headlines, Khan provides unique insights into the political, technical and strategic issues behind the untold story of Pakistan's bomb. Essential reading for anyone interested in nuclear history, proliferation, or South Asian security."

"A tour de force—masterful, meticulously researched. Feroz Khan combines insights from Pakistani insiders and declassified U.S. sources to tell the most authoritative story of Pakistan's 50-year pursuit of the bomb and, with it, international respect."

"Feroz Hassan Khan has written the seminal study of the creation, development, and expansion of the world's fastest growing nuclear weapons complex. His use of source material heretofore unexplored or otherwise unavailable—including dozens of exclusive interviews with the scientists, generals, diplomats, and politicians who guided Pakistan's nuclear bomb program—makes Eating Grass a must-read for national security scholars and practitioners alike."

"Drawing on primary and secondary sources, his own experiences, and numerous interviews with decision-makers and former scientists who were intimately involved in the program, Khan recapitulates Pakistan's nuclear journey. He analyzes key decisions by its leaders that shaped the trajectory of Pakistan's strategic capabilities and its foreign relations, bureaucratic disputes over the program, and competition between actors in the scientific community trying to put their individual stamp on the bomb." 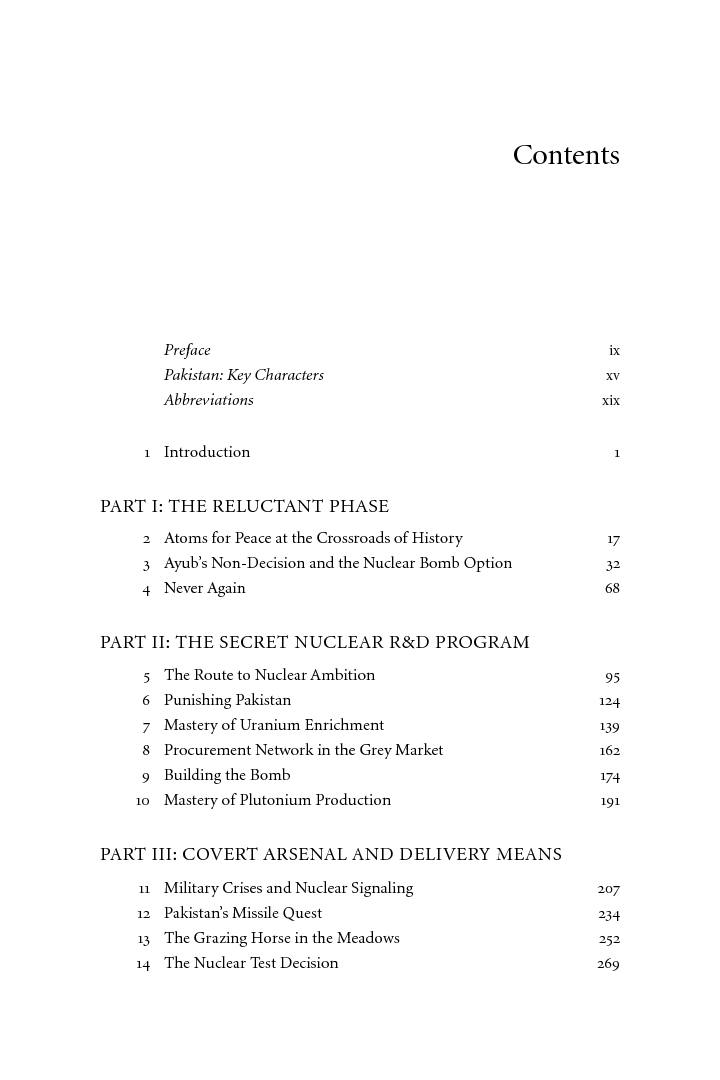 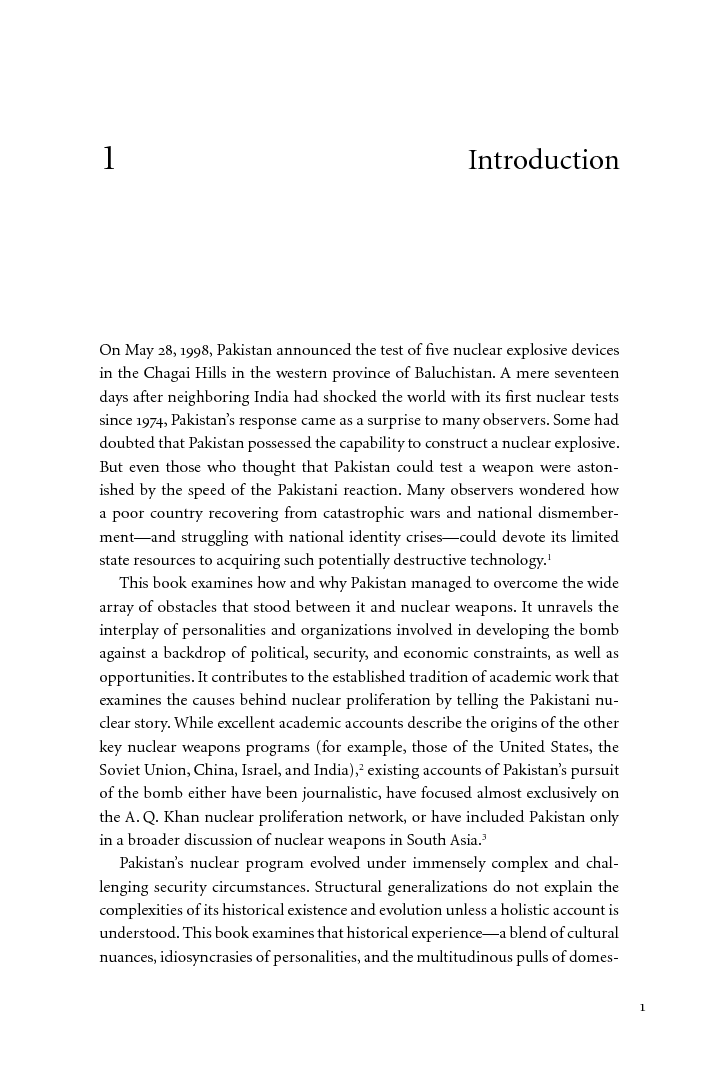 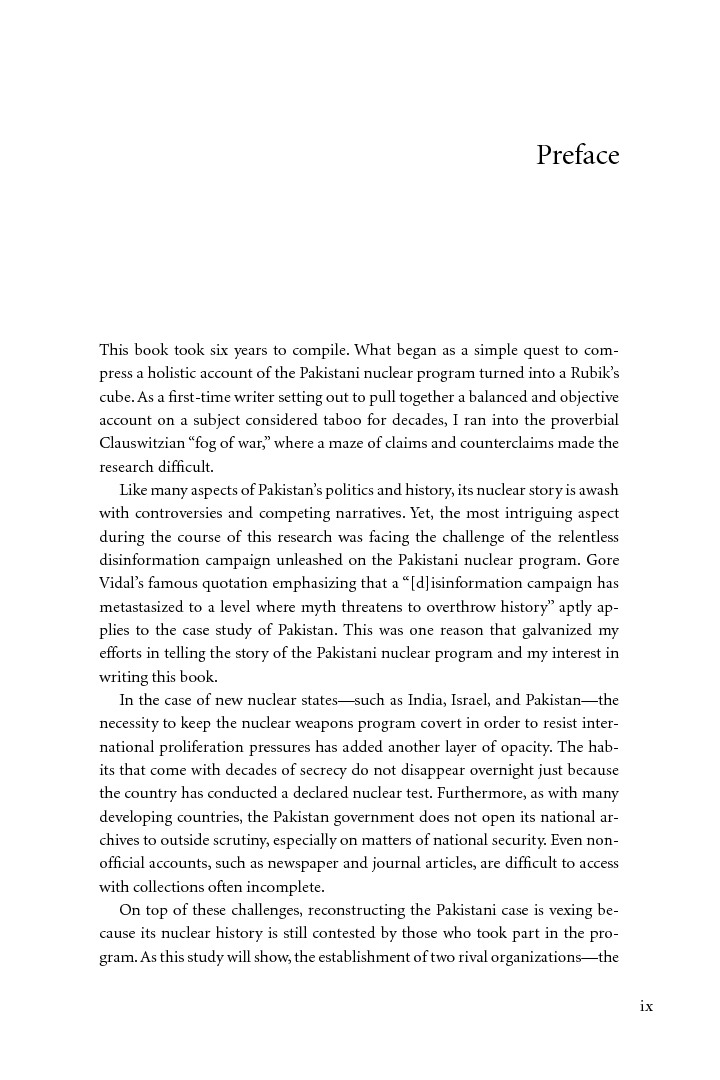