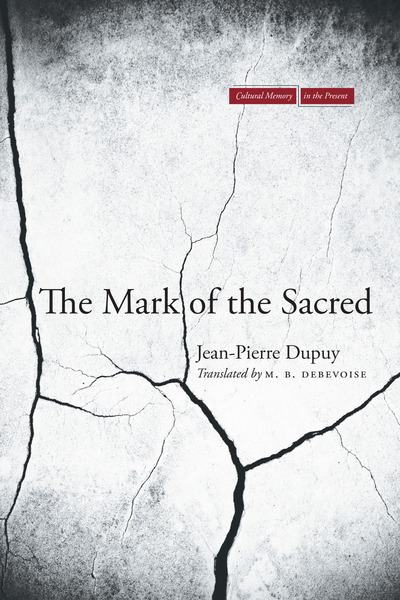 The Mark of the Sacred
Jean-Pierre Dupuy Translated by M. B. DeBevoise
SERIES: Cultural Memory in the Present

Jean-Pierre Dupuy, prophet of what he calls "enlightened doomsaying," has long warned that modern society is on a path to self-destruction. In this book, he pleads for a subversion of this crisis from within, arguing that it is our lopsided view of religion and reason that has set us on this course. In denial of our sacred origins and hubristically convinced of the powers of human reason, we cease to know our own limits: our disenchanted world leaves us defenseless against a headlong rush into the abyss of global warming, nuclear holocaust, and the other catastrophes that loom on our horizon. Reviving the religious anthropology of Max Weber, Emile Durkheim, and Marcel Mauss and in dialogue with the work of René Girard, Dupuy shows that we must remember the world's sacredness in order to keep human violence in check. A metaphysical and theological detective, he tracks the sacred in the very fields where human reason considers itself most free from everything it judges irrational: science, technology, economics, political and strategic thought. In making such claims, The Mark of the Sacred takes on religion bashers, secularists, and fundamentalists at once. Written by one of the deepest and most versatile thinkers of our time, it militates for a world where reason is no longer an enemy of faith.

Jean-Pierre Dupuy is Professor Emeritus of Social and Political Philosophy, Ecole Polytechnique, Paris and Professor of French and, by courtesy, of Political Science, Stanford University. He is a member of the French Academy of Technology, of the Conseil Général des Mines, the French High Magistracy that oversees and regulates industry, energy, and the environment, and Chair of the Ethics Committee of the French High Authority on Nuclear Safety and Security. Dupuy also directs the research program of Imitatio, a foundation devoted to the dissemination and discussion of René Girard's mimetic theory.

"Dupuy approaches the philosophical question at the very heart of today's social and economic crisis: how is self-transcendence possible? How is it that, although we all know that market is just the result of the interaction of millions of individual acts, it appears to all of them as a foreign autonomous power? Through a close reading of Christian theology, Hegel, Heidegger, and Rene Girard, Dupuy provides a unique answer which shatters all our common wisdoms. The Mark of the Sacred is one of those rare books that cannot simply be measured by academic standards because they themselves set new standards–a book which, in an enlightened well-organized state, should be printed and freely distributed in all schools!"

"This book explores the relation between violence and religion, but not to endorse the common opinion that we can escape the first by abandoning the second. On the contrary, Dupuy argues that there is a dimension of religion and of the sacred which is inescapable even in a secular age. He challenges us to question the complacency of our received wisdom and forces us to reexamine some of our most cherished self-images of modern liberal democratic societies."

"I'd recommend that all Californians — as citizens of a global hub for apocalyptic and utopian thinking — read [this] most accessible book." 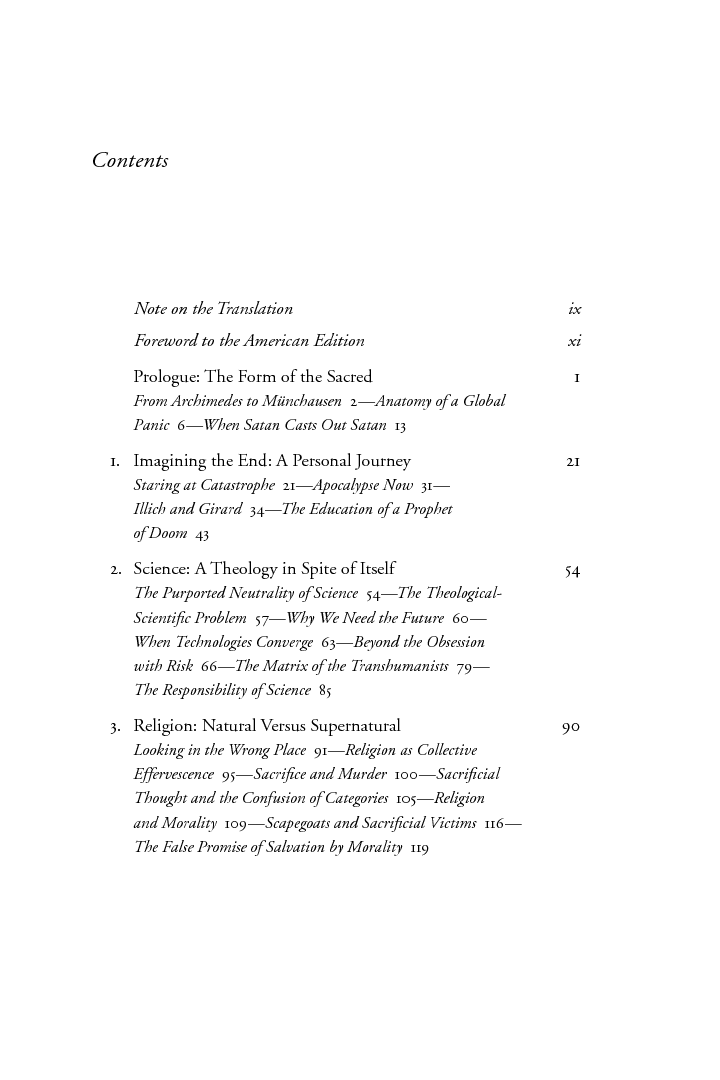 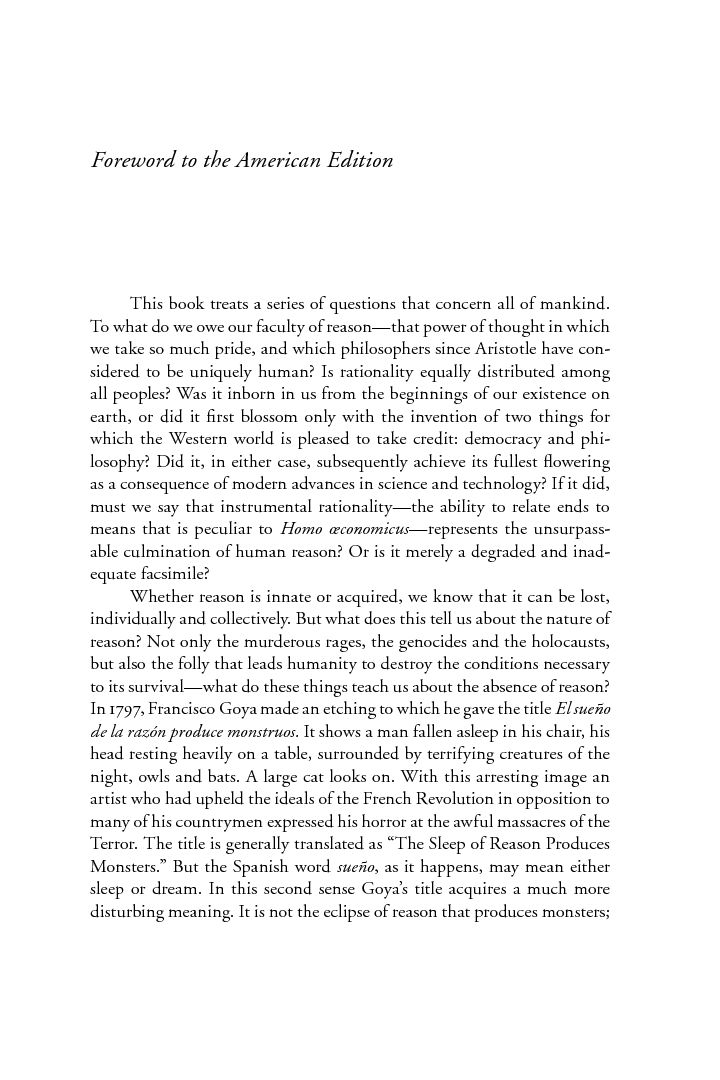 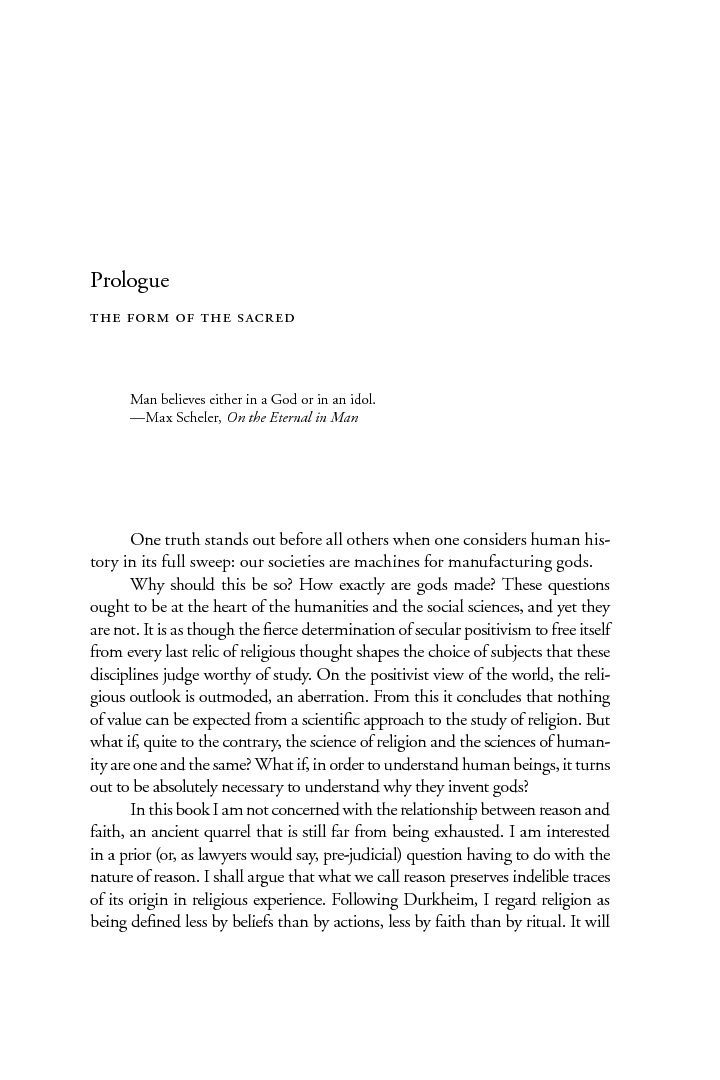